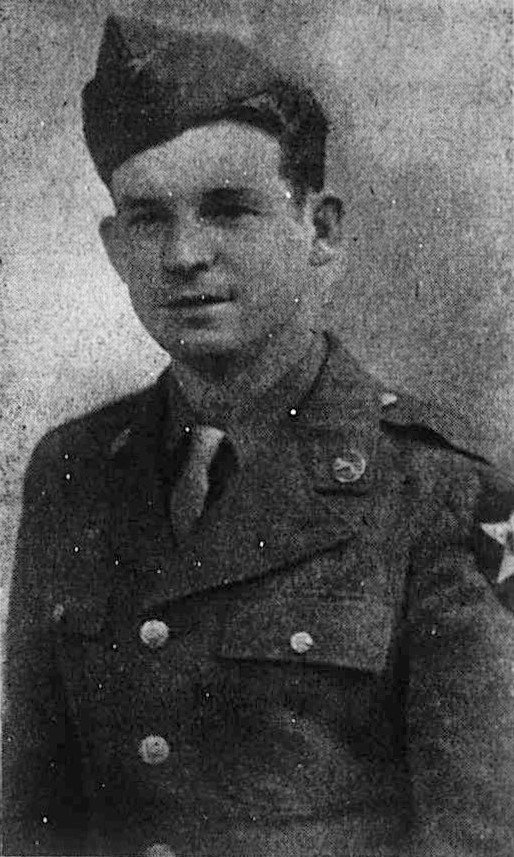 Private John Pershing “Bud” Dawkins as born in Bridgeport, Alabama to John Henruy Dawkins and Mary Ellen Payne. He was assigned to the 38th Infantry Regiment, 2nd Infantry Division. The division trained in Northern Ireland and Wales and crossed the Channel on 7 June 1944 and landed across Omaha Beach on D-Day +1.

Private Dawkins was killed in action on 9 June 1944. He is interred at the Normandy American Cemetery, Colleville-sur-Mer, France, plot I, row 5, grave 25.

South Pittsburg Hustler, August 10, 1944
Memorial services for Pvt. John P. Dawkins, husband of Mrs. Florence T. Dawkins of Richard City and son of Mr. and Mrs. John Dawkins of Bridgeport, will be held Sunday August 13, at 7:45 p.m. at the Cumberland Presbyterian Church at Richard City.
Private Dawkins, killed in action in the invasion of France, June 9, was formerly superintendent of Sunday school, of the Richard City Church. He was also active in the Young People’s work of the Church. 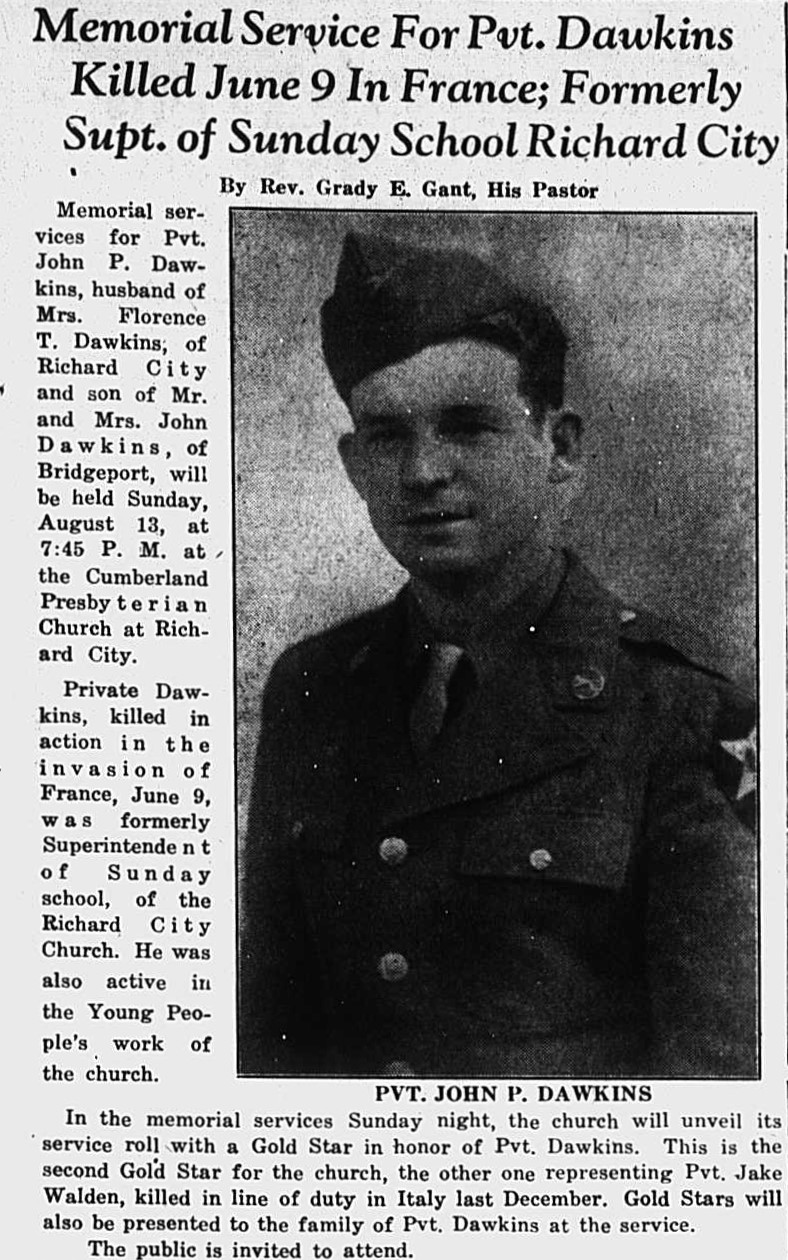 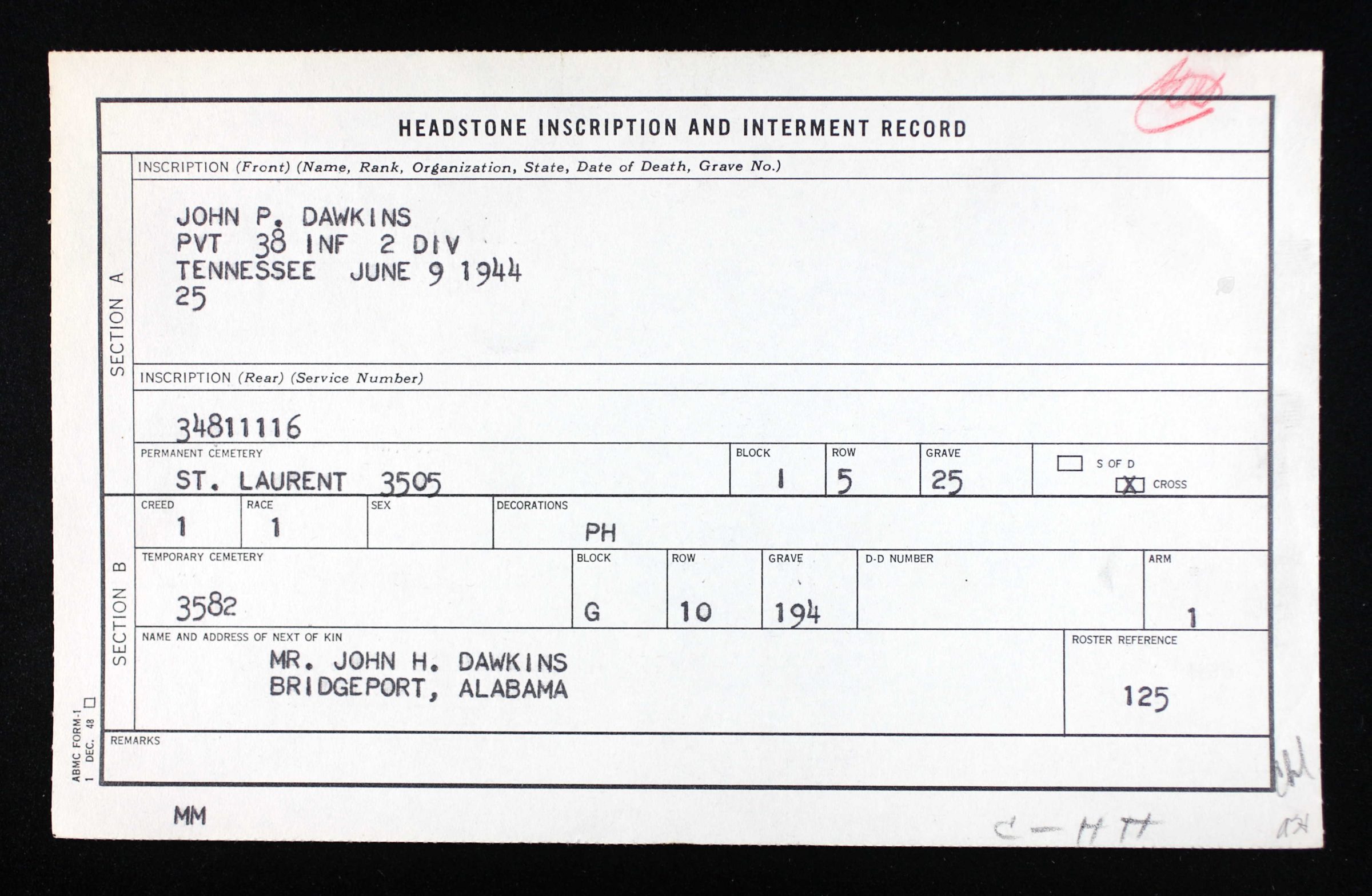 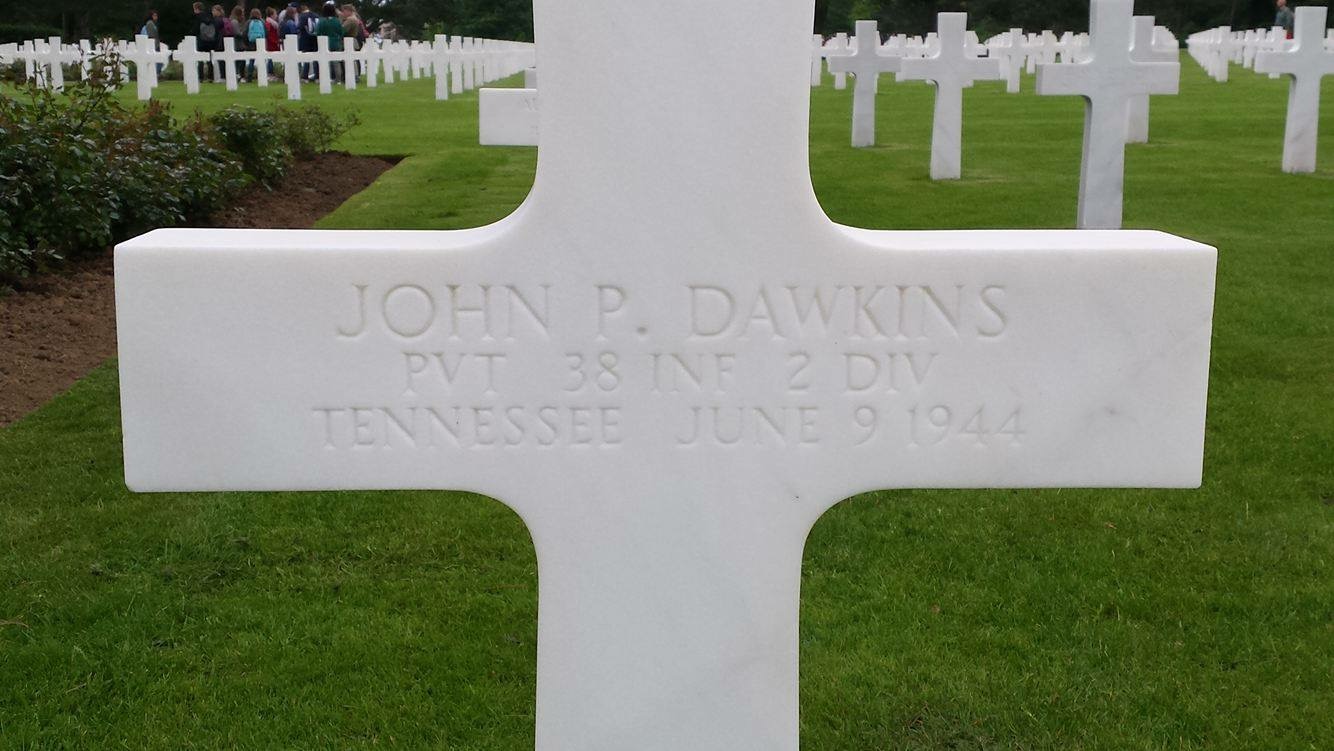