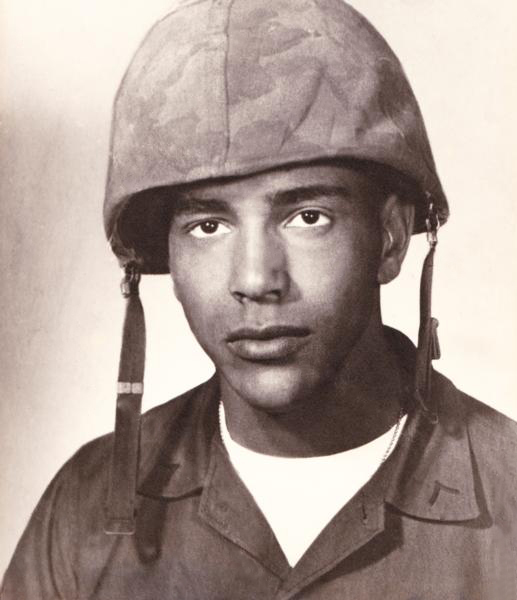 Lance Corporal John Paul Avery was born on September 1, 1948, and was originally from Elizabethton, Tennessee. He served his country in the Vietnam War in the United States Marine Corps, as a machine gunner in G Company, 2nd Battalion, 4th Marines, 3rd Marine Division. His tour in Vietnam began on June 19, 1967. On October 14, 1967, LCpl. Avery was killed under hostile conditions from mortar fire in Quang Tri province, South Vietnam. He was 19 years old at the time of his death. LCpl. Avery is memorialized on the Vietnam Veterans Memorial on Panel 27E, Line 105.

He is buried in a small cemetery just across the street from Highland Cemetery called the Forney Cemetery. It is located at 802 Beech Street, Elizabethton, TN. This cemetery has always been associated with and considered a part of Highland Cemetery, but it is a private cemetery that has eight graves in it. 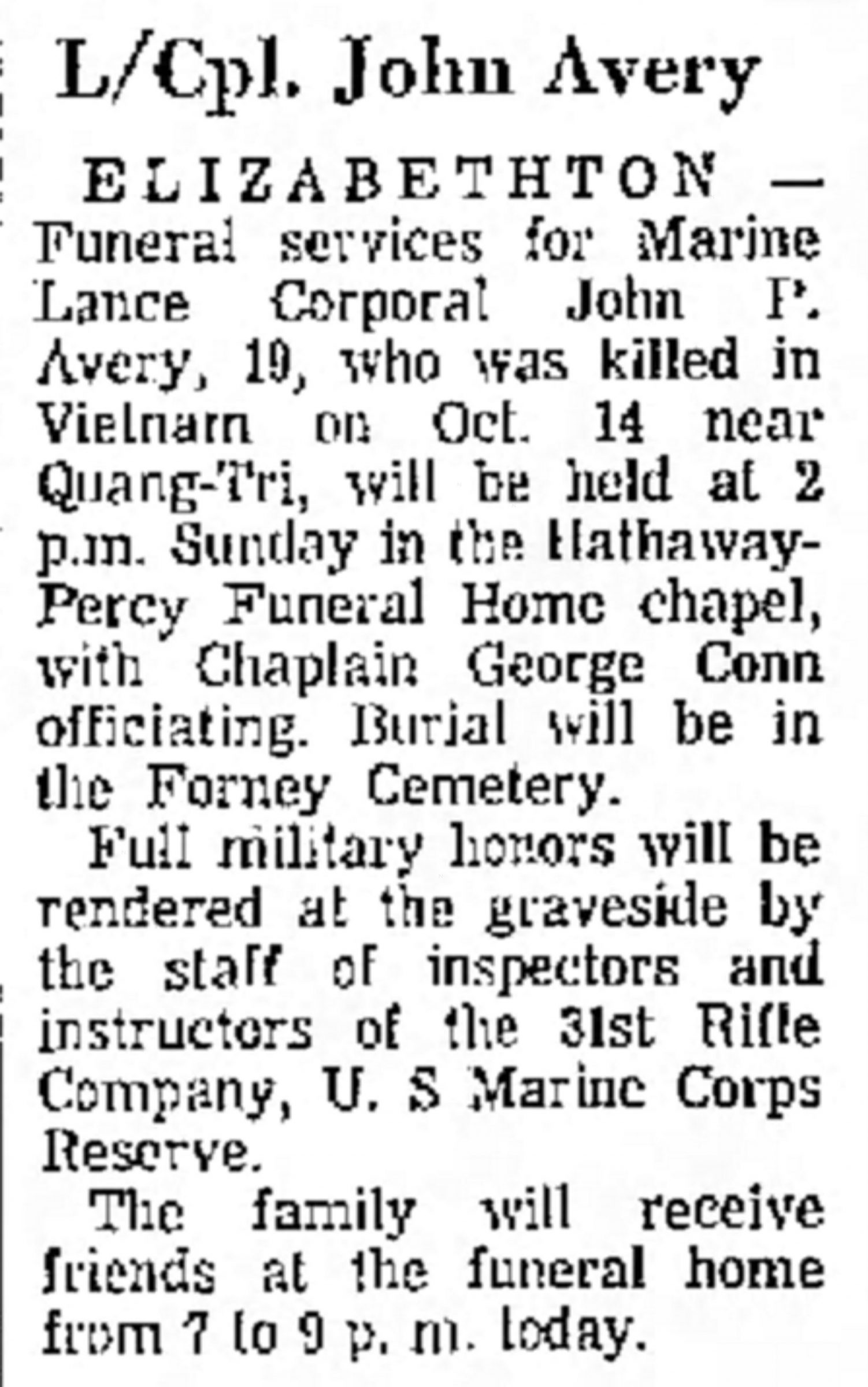