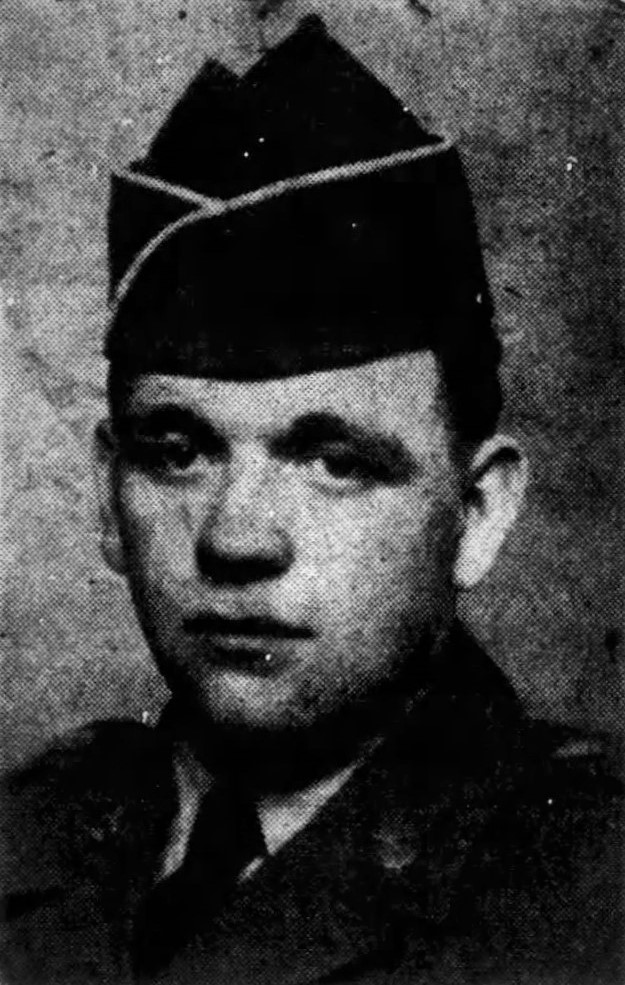 Corporal Freeman was a member of the 1st Battalion, 23rd Infantry Regiment, 2nd Infantry Division. He was killed by an accidental ammunition explosion near Ansan, Korea.

The Rogersville Review, September 1, 1955
The body of a young Rogersville soldier, Cpl. John N. Freeman, who was killed less than 24  hours after the Korean truce, will arrive in Bulls Gap and will be brought to Nash-Wilson Funeral Home. Last rites will be held from Henard’s Baptist Church. Burial will be in Highland Cemetery.
Cpl. Freeman, 20, was killed in an ammunition explosion on the central front near Seoul on July 28, 1953, while serving with the 23rd Infantry Division. Several other soldiers were injured in the explosion. The men were sorting small arms ammunition at a battalion post around Outpost Harry when the ammunition blew up. The Korean truce had been declared less than 24 hours before the accident occured. Young Freeman entered service March 8, 1951 and received his basic training at Fort Jackson, S.C. He spent a year at Fort Benning, Ga., before going overseas in April of ’53. He was due to return to the States for discharge March 8, 1954. He had completed his second year at Rogersville High School and was employed at Pure Oil Service Company here before entering service. He is survived by his parents, Mr. and Mrs. Wilbur Freeman; four brothers, Airman First Class Franklin Freeman, Keesler AFB, Miss.; Carroll, Dwyane and Wilbur Jr., Rogersville; and one sister, Opal, also of Rogersville. 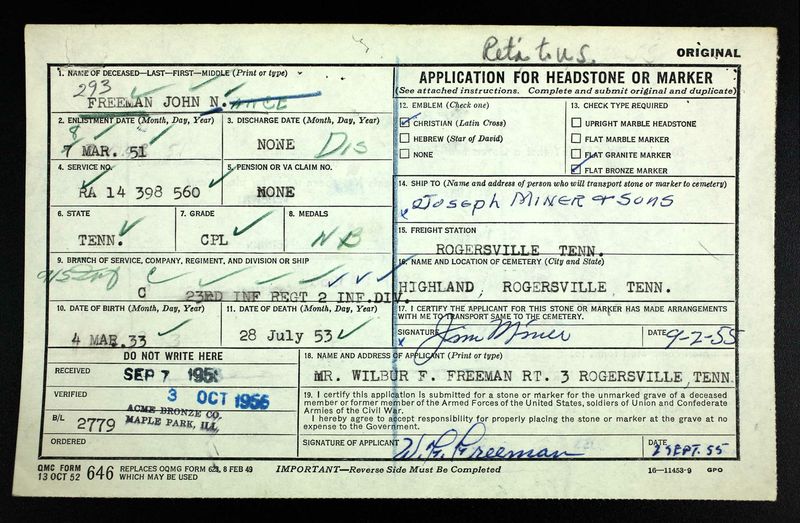 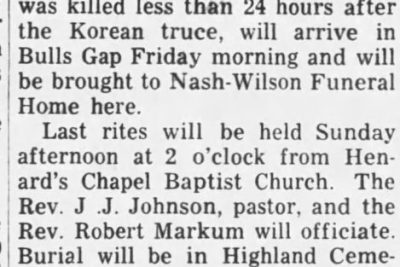