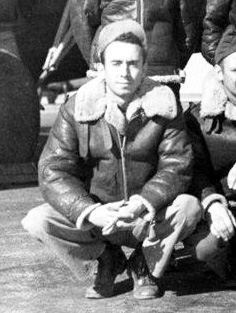 Aircraft B-17G with serial number 42-31650 was on an bombing mission to Barnewitz. This aircraft was a member of the lead Group of a Combat Wing. All A/C were on the bomb run flying at 25,000 feet. Weather was clear with no undercast as the bomb run was begun. At altitude, clouds were encountered as the bomb run progressed. Clouds became solid so the Group began descent so as to get under them. Just as the Group emerged from the upper clouds and leveled off, flying at 23,000 feet, the Group was attacked by a close formation of about 40-70 S/E enemy aircraft which were practically directly on top of the formation. Two passes were made on this group, both being head-on in close formation and well pressed. About 80 enemy aircraft were in the formation making the second attack. This aircraft dropped out of the formation and was last seen in the target area. An aircraft, believed to be this one, was observed smoking in an area about 20 miles NNE of Berlin. Two parachutes were observed. T/Sgt Martin and Lt Christenson were blown out of the aircraft before the aircraft disintegrated. One of the crewmembers was told in the POW Camp that the plane was rammed by an ME-109 German Fighter, knocking their right wing off and the plane went into a flat spin. He believes that S/Sgt King couldn´t have gotten out of the plane because of the spin. The aircraft crashed at Berge, 6 km West of Nauen. 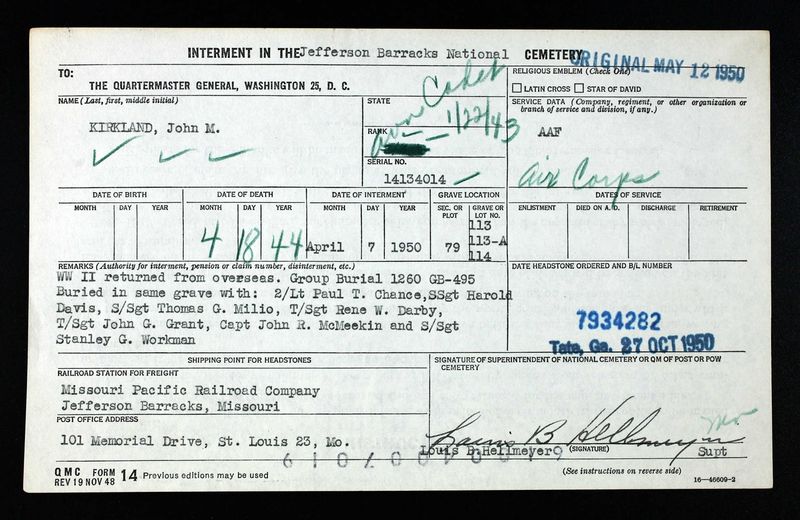 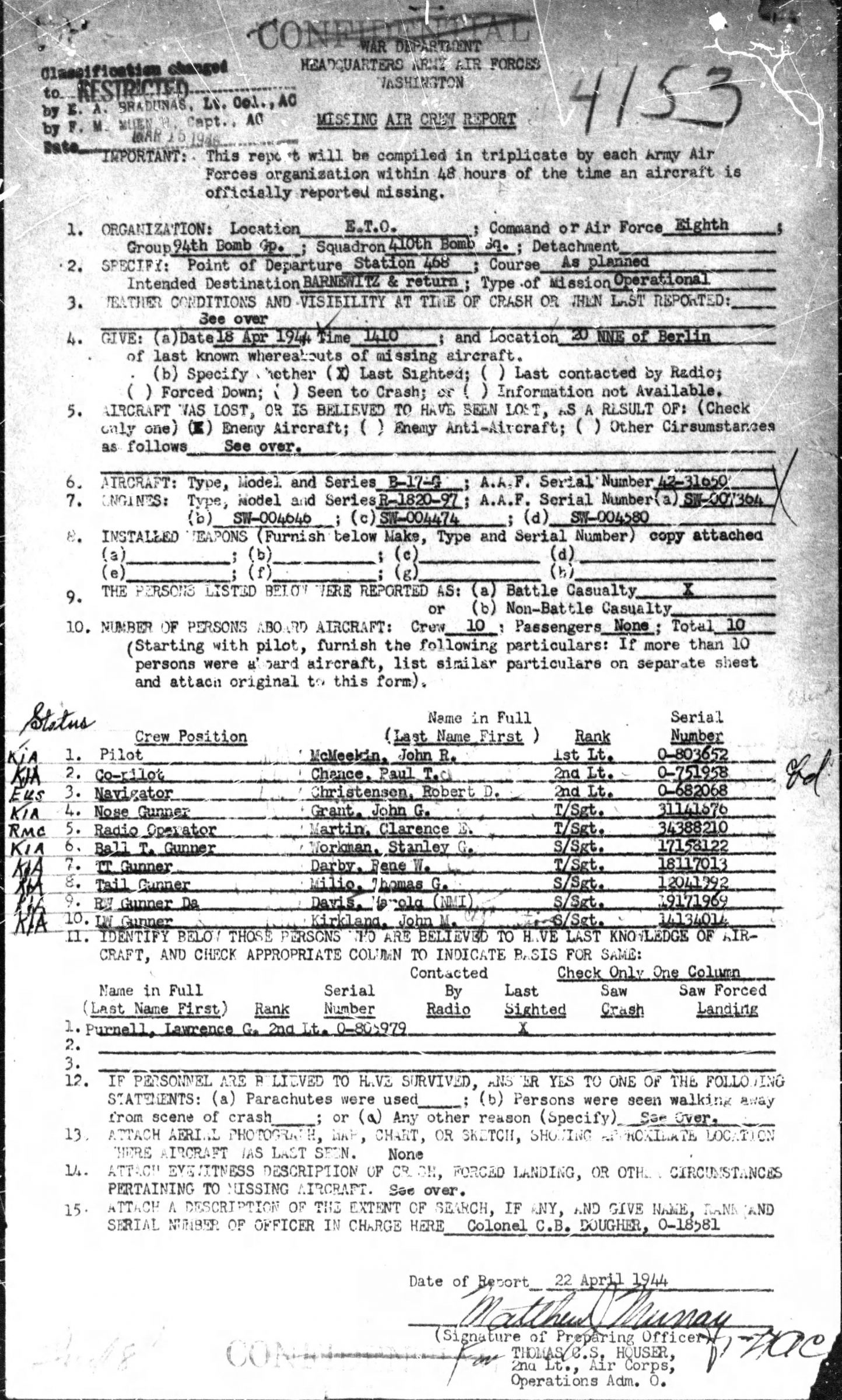 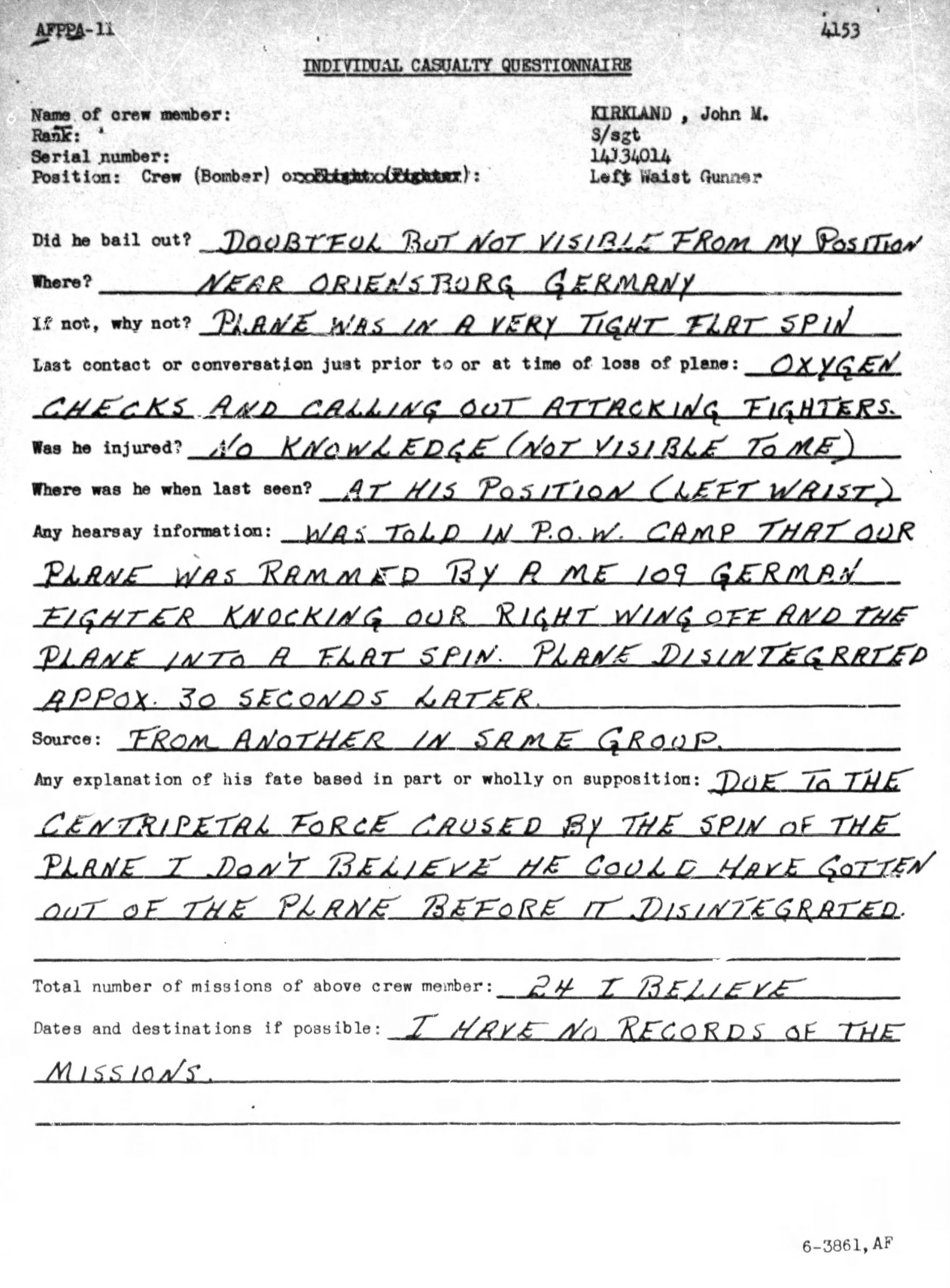