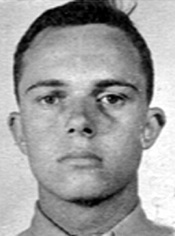 John Miles Corbett was born in Warsaw, Kosciusko, Indiana, the only child of Charles Harold Corbett and Louise Miles.
Missing in Action – Presumed Dead
First Lieutenant Corbett was the pilot of a F-84G Thunderjet fighter with the 8th Fighter Bomber Squadron, 49th Fighter Bomber Group. On December 15, 1952, while on a combat mission, his aircraft received a direct hit by anti-aircraft fire, crashed and burst into flames. He was listed as Missing in Action and was presumed dead on December 16, 1953. His name is inscribed on the Courts of the Missing at the Honolulu Memorial.

The Chattanooga Daily Times, 19 December 1952
Lt. John M. Corbett, jet pilot, crashed on a combat mission over North Korea and no proof of his survival has been obtained, his parents, Mr. and Mrs. Charles H. Corbett, have been officially notified. “Our report statest hat Lt. Corbett was the pilot of an F-84-type aircraft which was one of a flight of four on a combat mission over North Korea,” the Department of the Air Force message read. “During this mission, as the flight was leaving the target area, your son radioed that his aircraft had been hit wand was on fire. His aircraft was observed by the remainder of the flight to go into a slow roll and crash, exploding upon impact with the ground. Unfortunately, your son was not observed to leave the disabled aircraft prior to the crash nor was any sign of life seen in the area of the wreckage. “The information received from the overseas commander indicates that in all probability your son perished in the crash; however, the Department of the Air Force will continue to hold him in a missing status until his fate is ascertained. You will be advised immediately of any new information which we may receive.”
Lt. Corbett, who was in military service 20 months in World War II and retained his commission in the reserve, was recalled to active duty in March of 1951. After receiving jet pilot rating, he was sent to Korea last September. He was educated at McCallie School here and the University of Illinois, where he won the degree of bachelor of science in 1948. He was 27 years of age. His parents, whose former home was on South St. Mark’s Avenue, now live at 4008 Wiley Avenue. His father is superintendent of the Signal Knitting Mills. 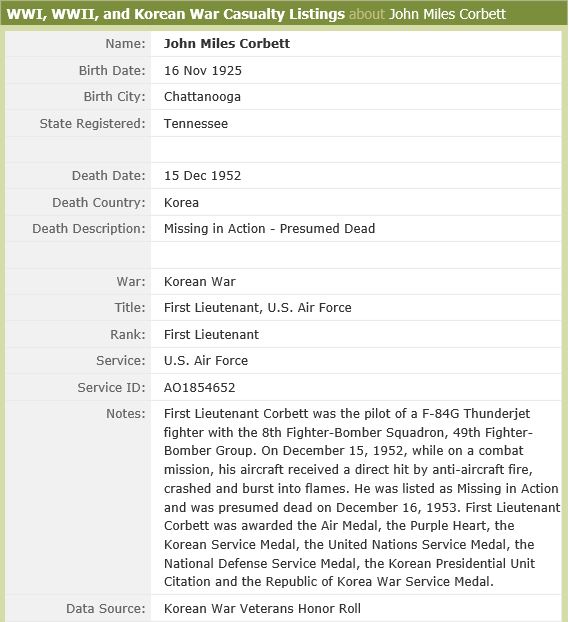 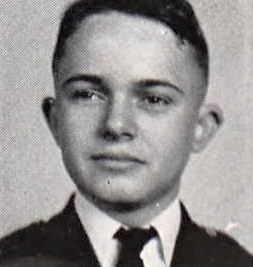 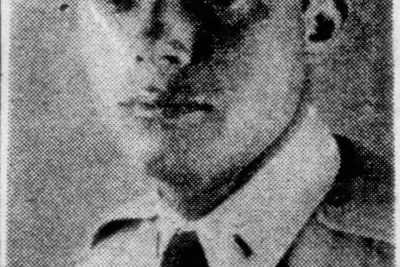 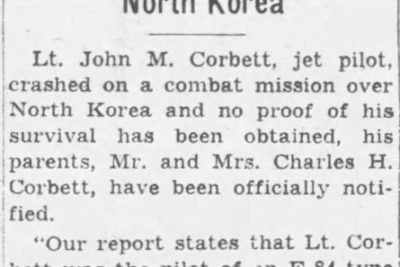