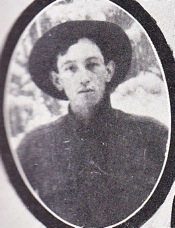 John Martin Carr was born in Knoxville. He died at the age of 22. He is interred at the Somme American Cemetery, Bony, France (C,6,3).

After his enlistment July 20, 1917, John M. Carr was assigned to Camp Sevier, SC. As a member of Machine Gun Company, 117th Infantry, 30th Division embarked for France May 11, 1918. Sergeant Carr was killed in action on October 9, 1918, in the operations north of Montbrehain. Awarded the Distinguished Service Cross (see below).

The President of the United States of America, authorized by Act of Congress, July 9, 1918, takes pleasure in presenting the Distinguished Service Cross to Sergeant John M. Carr ASN 1306503, United States Army, for extraordinary heroism in action while serving with Machine-Gun Company, 117th Infantry Regiment, 30th Division, A.E.F., near Montbrehain, France, 9 October 1918. While leading his section upon a hostile machine-gun nest Sergeant Carr fell mortally wounded, but he inspired his men by urging them on and giving detailed instructions to the soldier whom he placed in command to succeed himself. War Department, General Orders No. 37 1919

Sergt. John M. Carr Dies of Wounds
Andrew J. Carr of 202 W. Vine Avenue, received an official notice Friday stating that his son, Sergt. John M. Carr, of the Machine Gun Company of the 117th infantry, died of wounds received in action October 9, which was during the big drive of the 30th Division against the Hindenburg line. Sergt. Carr had been a member of the state militia for a number of years before the war and was on the Mexican border with Col. Cary F. Spence. On the outbreak of the present war, he reenlisted and went with the Third Tennessee regiment, later the 117th infantry overseas.

No further details concerning the death of young Carr, who was 23 years of age and is survived by three younger brothers, Cecil, Taylor, and Fred, who are with the American Expeditionary Forces in France, and by another brother, Eugene Carr, of Tampa, Fla., a sister, Mrs. Luther Lewis, of Plant City, Fla., and his parents, Knoxville.
-The Journal and Tribune, Knoxville, Tennessee, November 16, 1918 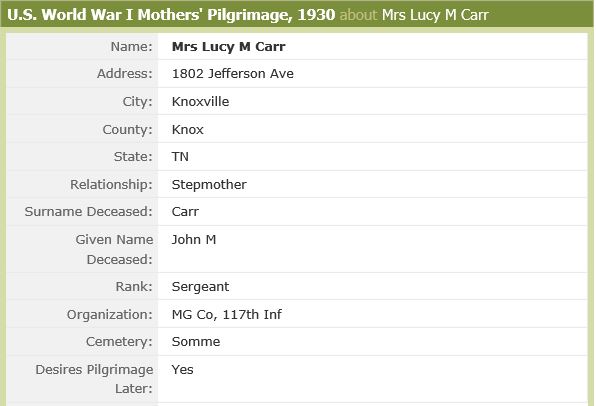 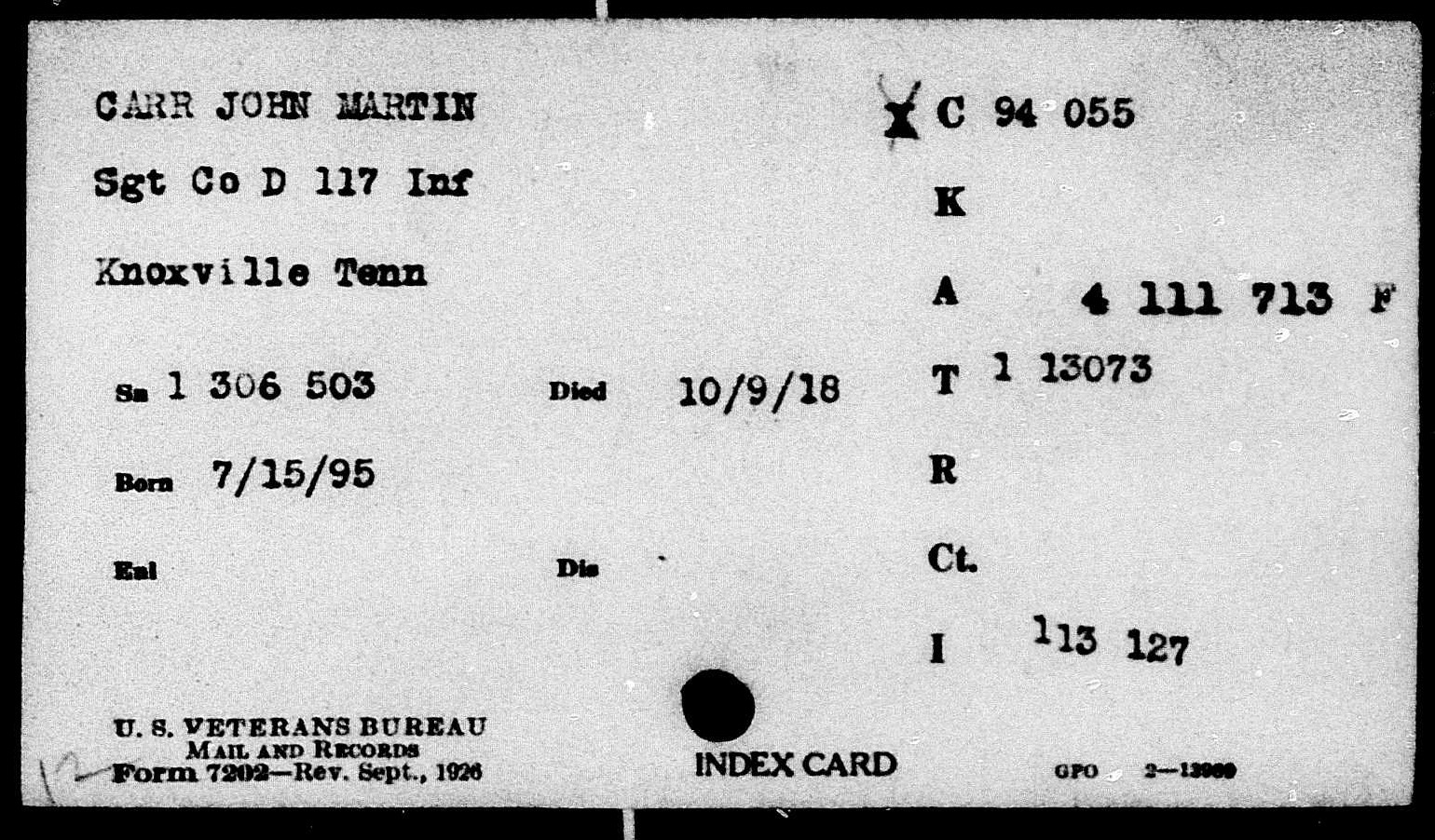 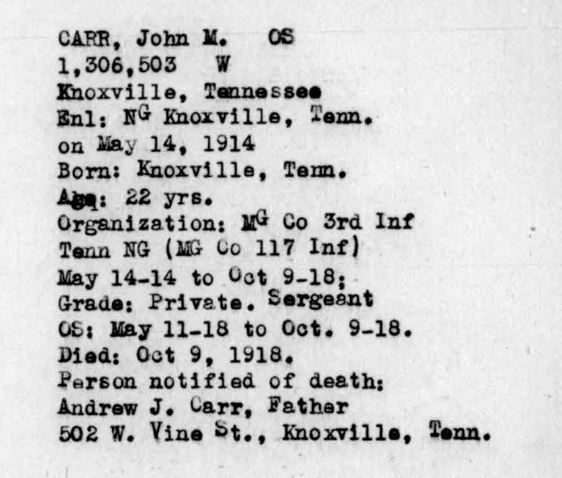 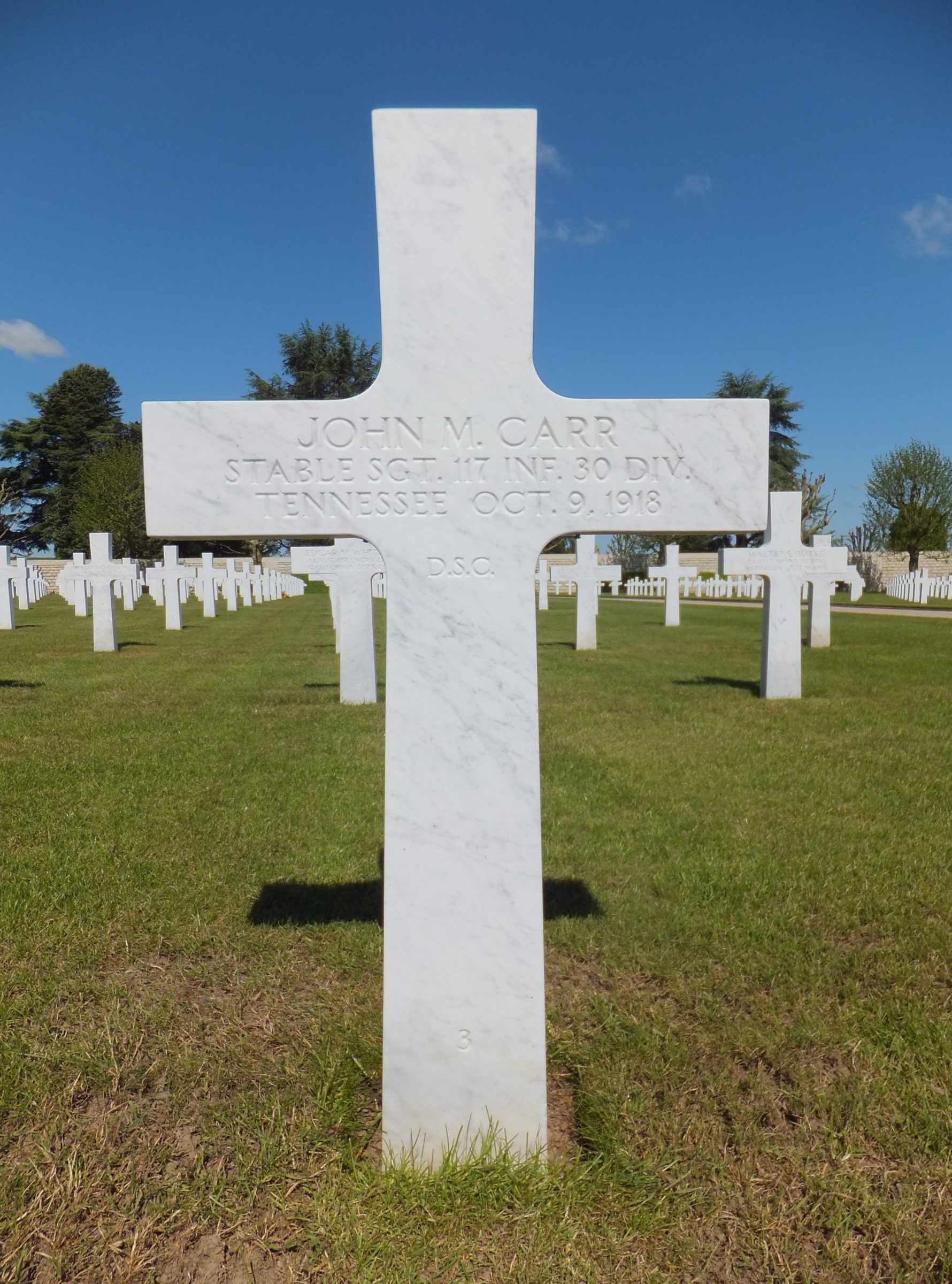