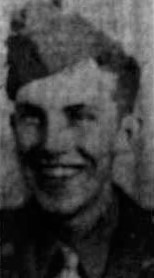 Private John L. Elliott was assigned to the 363rd Infantry Regiment, 91st Infantry Division. In September 1944 the Division was in Italy and crossed the Sieve River and outflanked the Gothic Line and captured the Futa Pass.

Private Elliott was killed in action on the 13th of October 1944. He is interred at the Florence American Cemetery, Florence, Italy, plot B, row 12, grave 24.

The Knoxville Journal, November 17, 1944
Pvt. John L. Elliott was killed in action in Italy Oct.13, his parents, Mr. and Mrs. T.B. Elliott, Calhoun, were notified by the War Department November 7. The   19-year-old infantryman had been in service 11 months and overseas six months. He was a student at Tennessee wesleyan College before being inducted. A brother, Lt. Joseph F. Elliott is serving overseas. Other survivors include his sister, Ruby lee; grandmother, Mrs. G.W. Elliott and several uncles, aunts and cousins. 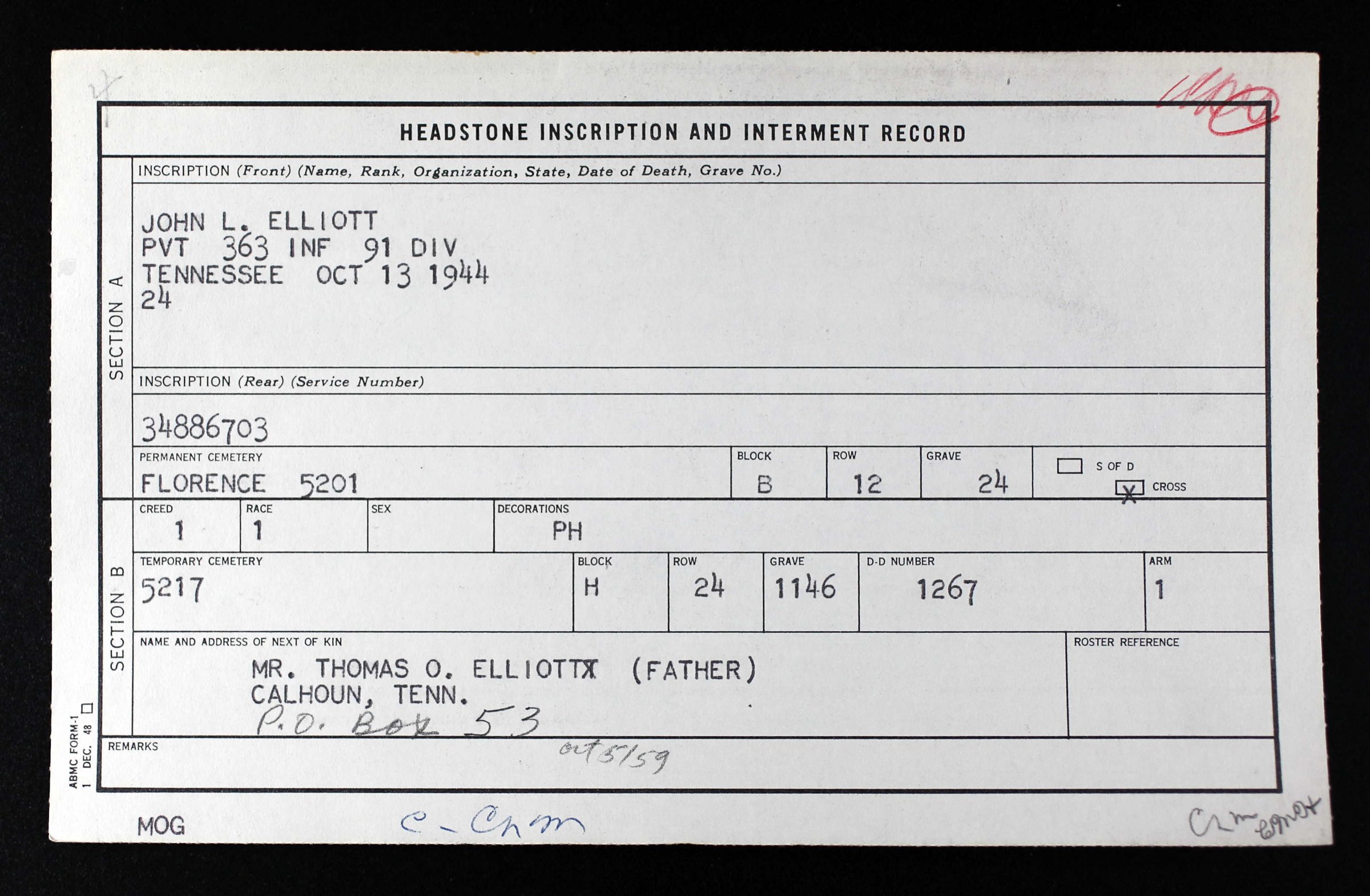 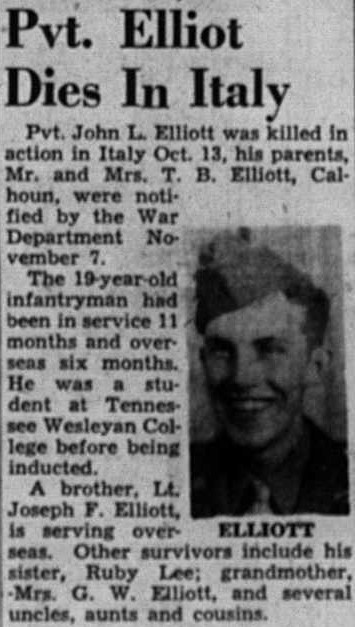