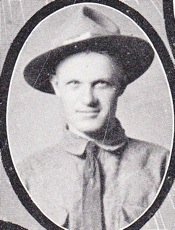 Born in Knoxville, Tennessee. He died at the age of 21.
John L. Bentley, after enlisting in the medical detachment of the Second Tennessee Infantry in July, 1917, was transferred to the same branch of the 119th Infantry at Camp Sevier, SC. He sailed to France in May 1918, and went through the training period without accident. He lost his life in action September 1, 1918, in the operations in Belgium.

John L. Bentley, Knoxville man officially reported killed in action in France was a member of the medical department of the 119th Infantry Regiment. He formerly boarded at 112 East Jackson Avenue.
His wife, formerly Miss Minnie Talver, is living with her mother, Mrs. Lucy Butcher, Hume Street. Mrs. Bentley received a telegram from the war department informing her that her husband was killed about Sept. 1. However, it is stated by a friend of Mr. Bentley that another letter was received from him under the date of September12. Mrs. Bentley said Saturday that she believed there was an error in transmitting the information.
Last Letter dated Aug. 30
The last letter Mrs. Bentley received from her husband was dated August 30. He informed her that he had been in action on the firing line. He expressed the opinion that the fighting would end and that his regiment would return in time for him to be at home for Christmas.
Mr. Bentley enlisted in the army in 1917. Mr. and Mrs. Bentley were married December 18, 1917. His regiment was ordered to Camp Sevier, Greenville, S.C., where they remained for a long time. The organization left for overseas last April. Mrs. Bentley went to Greenville and was there when her husband left.
Before he enlisted in the army, Mr. Bentley was employed in the compress room of the American Zinc Company of Tennessee, at Mascot. His friends say he was at one time employed as bookkeeper for a local wholesale firm. He attended schools at Knoxville and Fountain City, receiving a good education.
-The Journal and Tribune, Saturday, October 6, 1918. 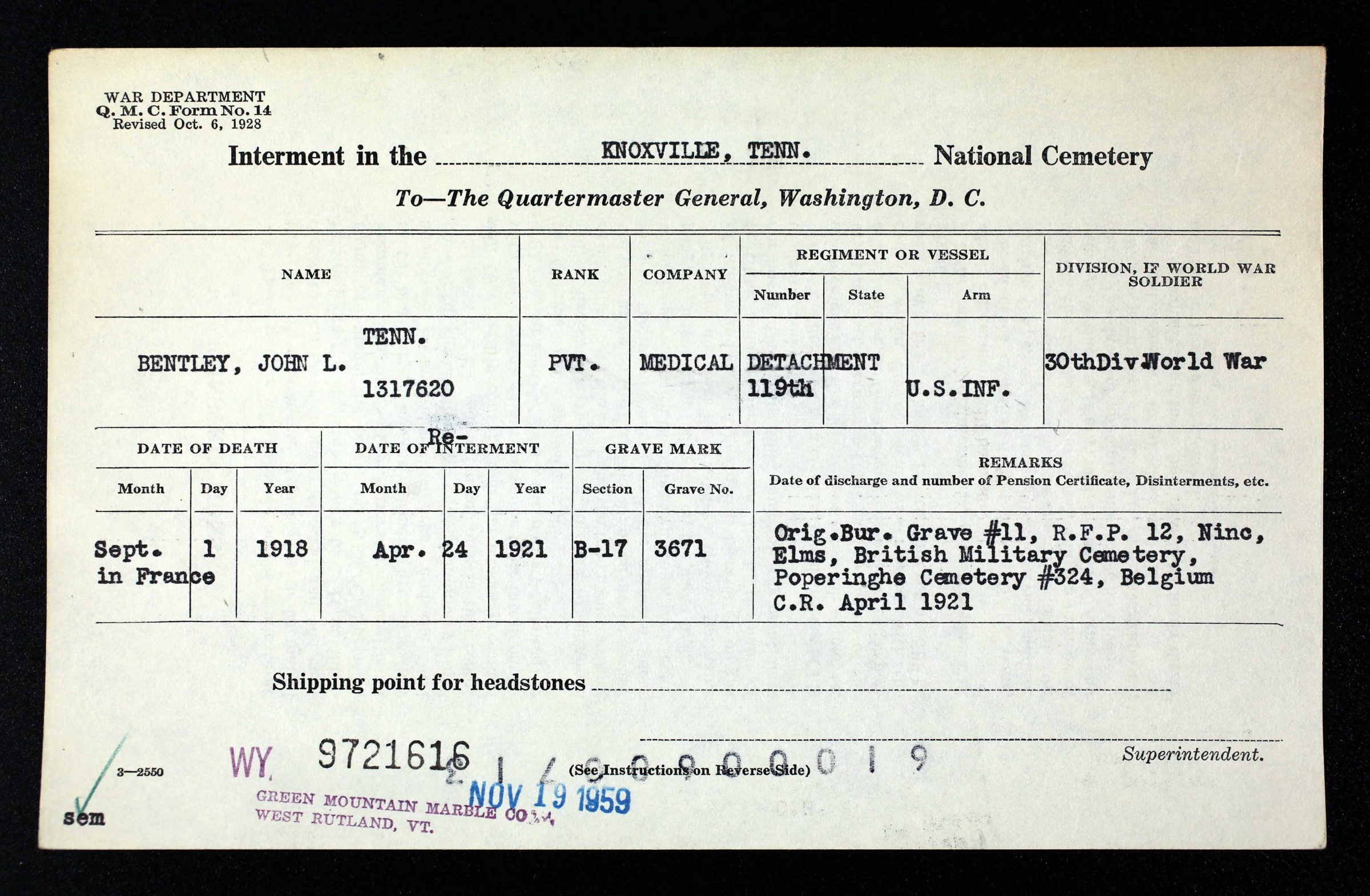 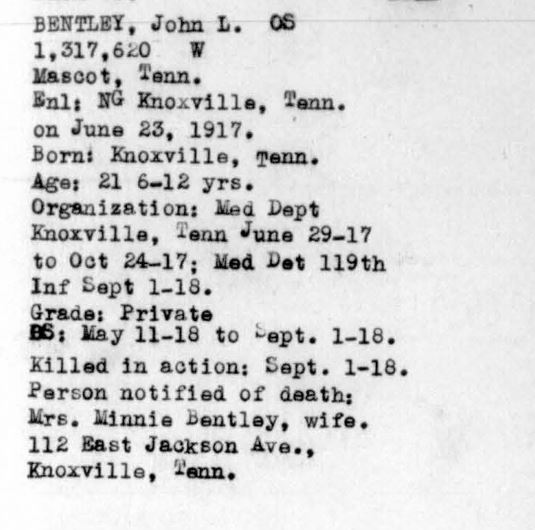 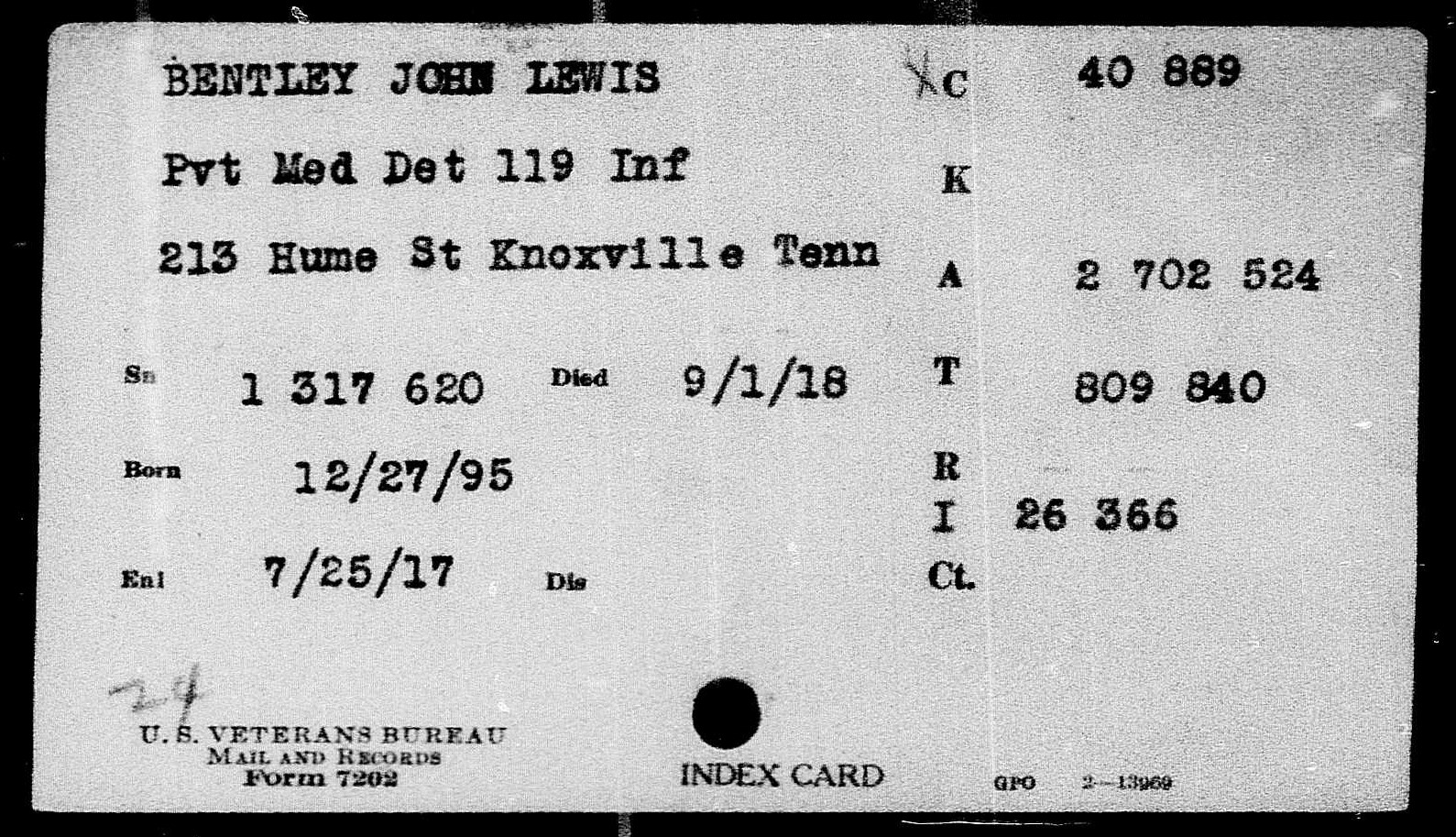 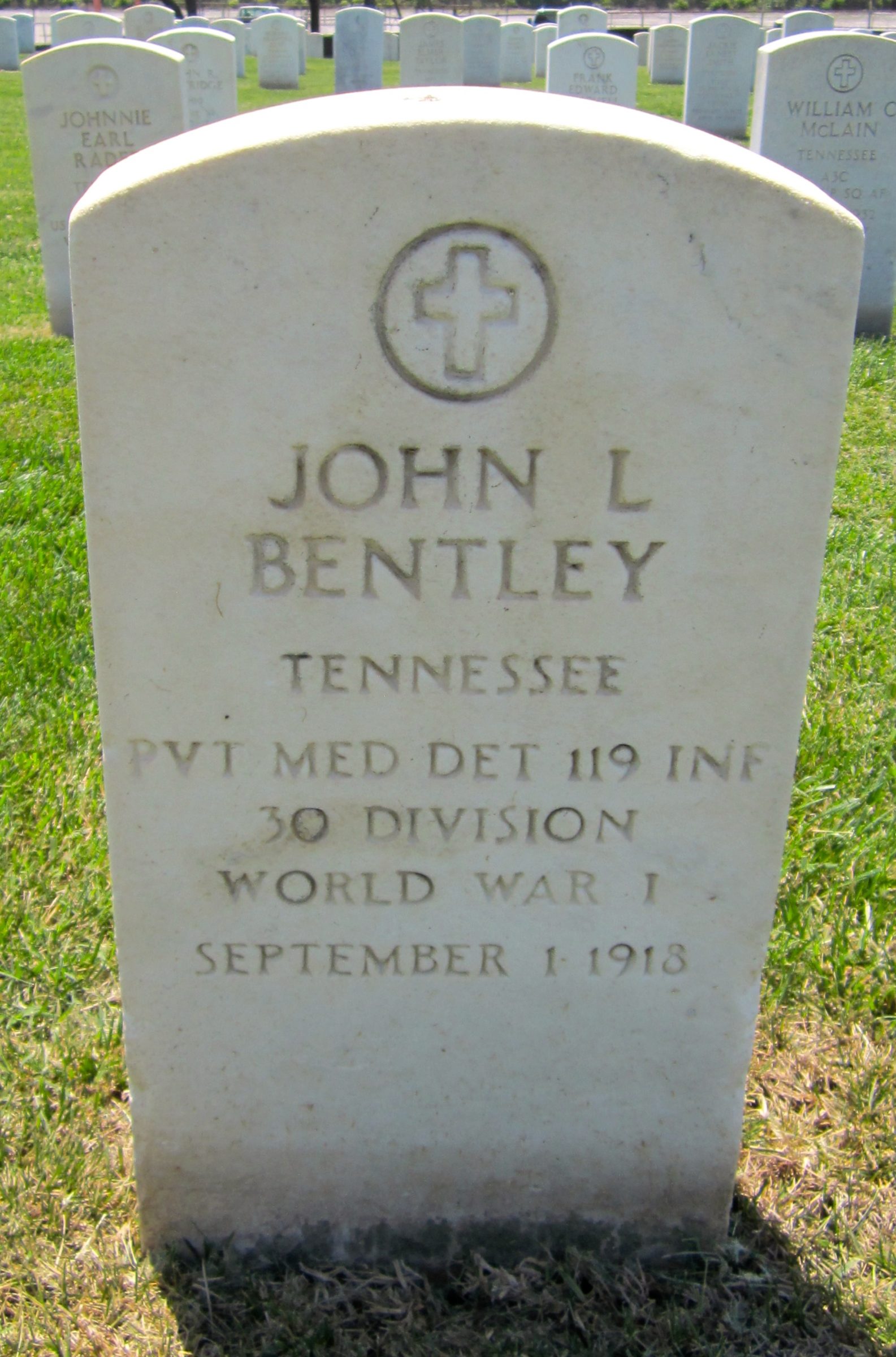