John K. Jarnigan was the son of Burl Harrison Jarnigan and Lula Rader.

Pfc. Jarnigan Died non Battle
He was returned from Tebessa, Algeria and was buried on June 24, 1948, in Knoxville National Cemetery (Section B Site 6444)

The Knoxville News-Sentinel, May 10, 1943
Pfc. John K. Jarnigan, 22, son of Mrs. Lula Rader of Concord, has been killed in action in Tunisia, according to word received by his a mother. Pfc. Jarnigan recently was decorated for gallantry in action on the central sector of the Tunisian front. The citation said Pfc. Jarnigan and two other American and three French soldiers fought off a superior enemy force inflicting several casualties before being forced to withdraw. The official casualty report said Pfc. Jarnigan died as a “result of intercranial hemorrhage due to severe shock, accidentally inflicted.
“Word of Pfc. Jarnigan’s death was received by his mother the day following receipt of a letter from her son in which he said he was “getting along fine” and advised her that as long as she received a check from the Government she would know he was still alive. He was the son of the late Burl Jarnigan of Grainger County. 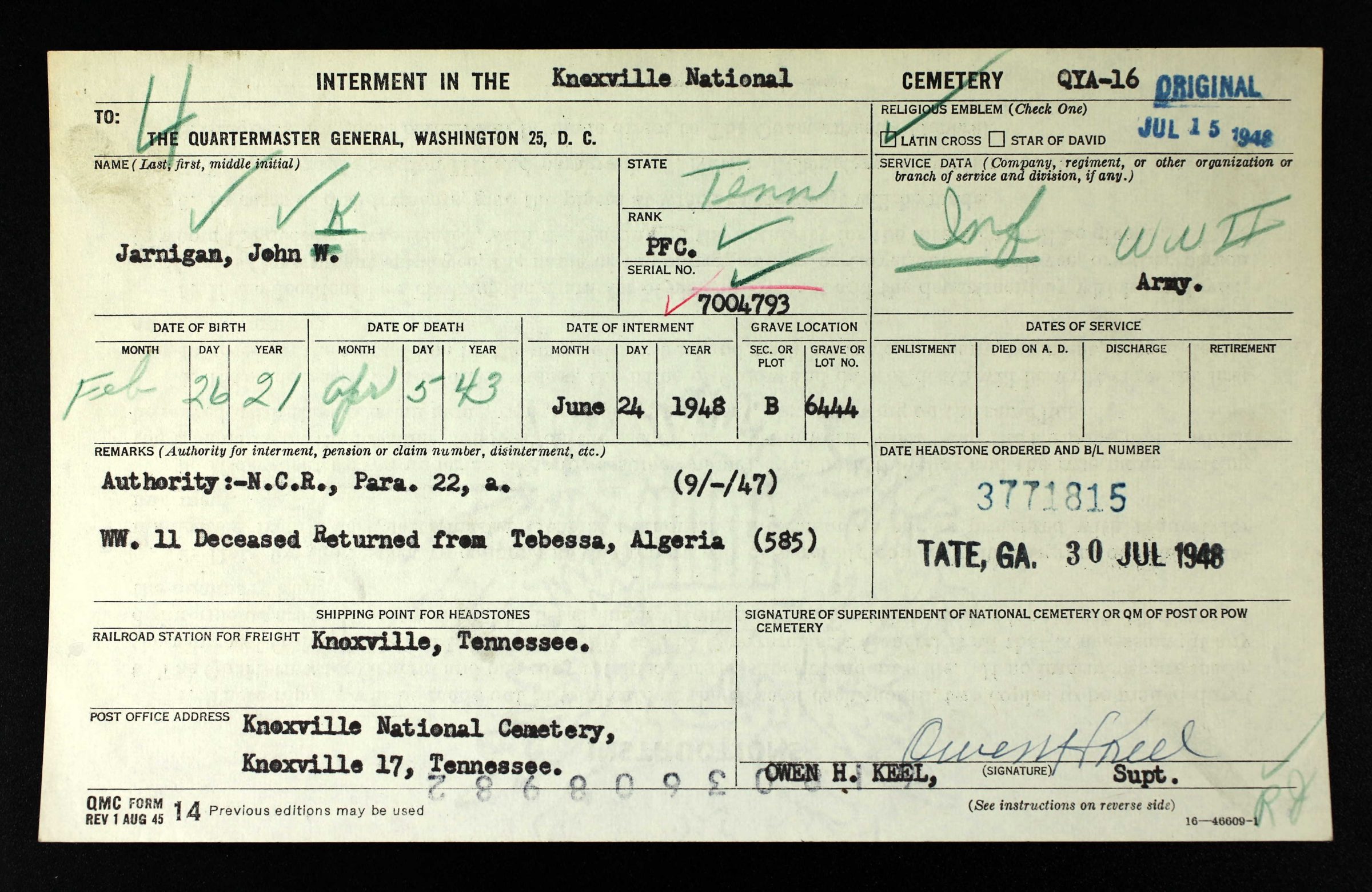 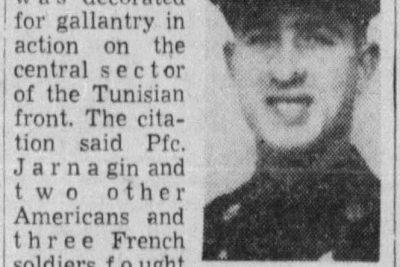 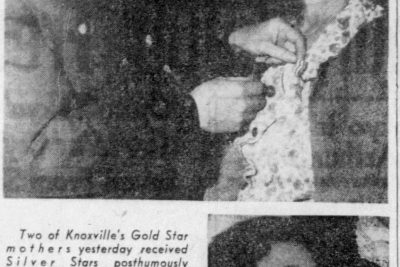 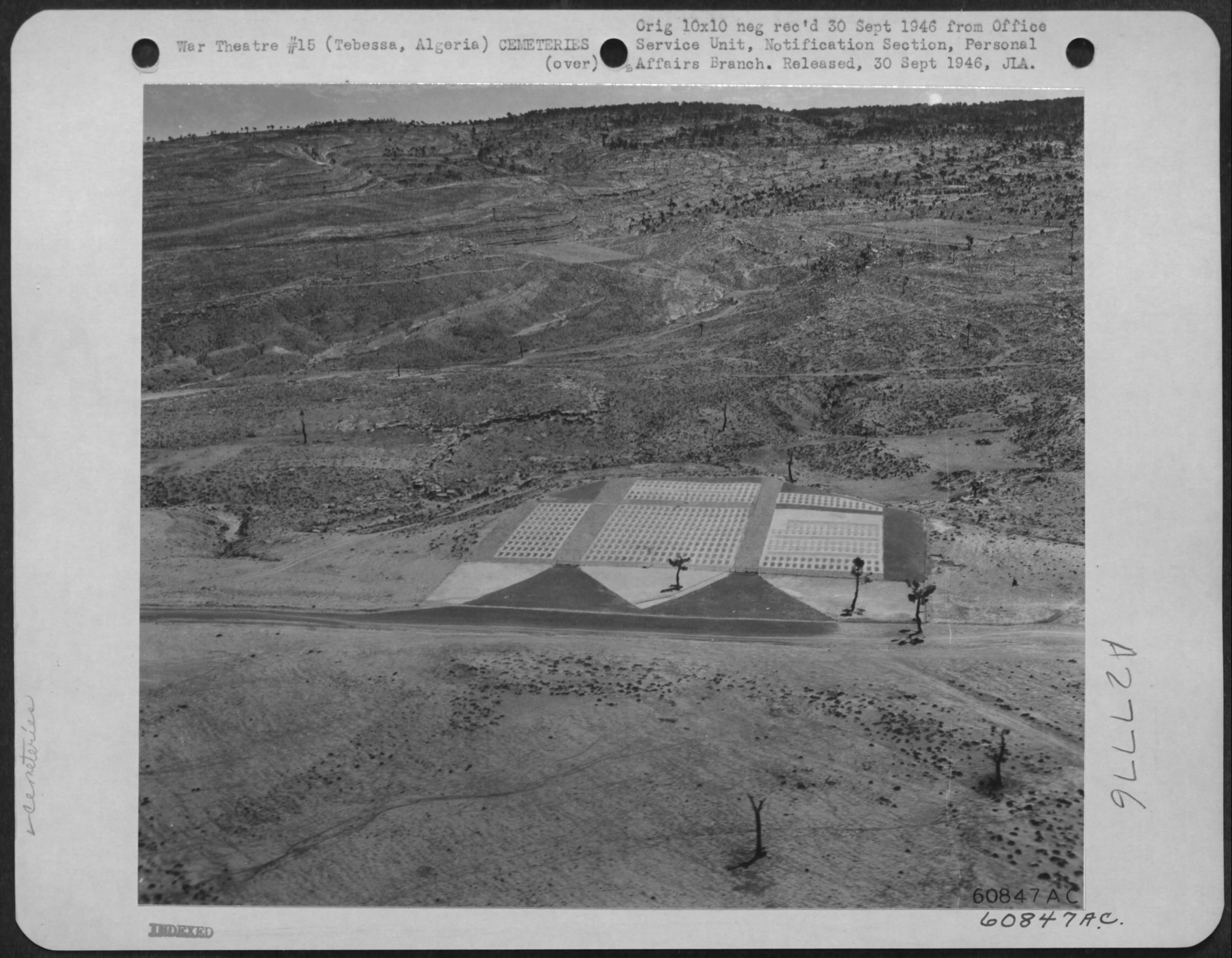 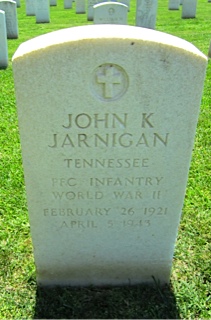