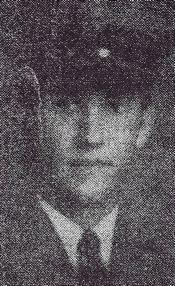 He was leading the First Platoon on a reconnaissance mission forward of our lines on April 2, 1945, when he was called upon to assist in the assault of a strong enemy position. Riding in an armored car at the head of his platoon at a very fast pace over rough terrain and under intense enemy fire, Lieutenant Lutz was fatally injured when his vehicle overturned and rolled into a steep ditch. This brave officer lived only a few minutes after the unfortunate accident, but we are certain he did not suffer greatly.

Needless to say, every available man came to the assistance of their leader, trying desperately to extricate him from the overturned car. Aid, however, was too late. But his own men removed his body from the wreck and evacuated him from the combat area. His body now lies in the U.S. Armed Forces Cemetery No. 1, at Bacolod, Negros Occidental Island, where it was interred with full military honors under the religious auspices of an Army Chaplain.
Submitted by Captain John S. Robinson along with a copy of the 40th Infantry Division Order No. 89 announcing the award of the Silver Star Medal for gallantry in action against the enemy.

Photo below from the University of Tennessee, Yearbook 1937 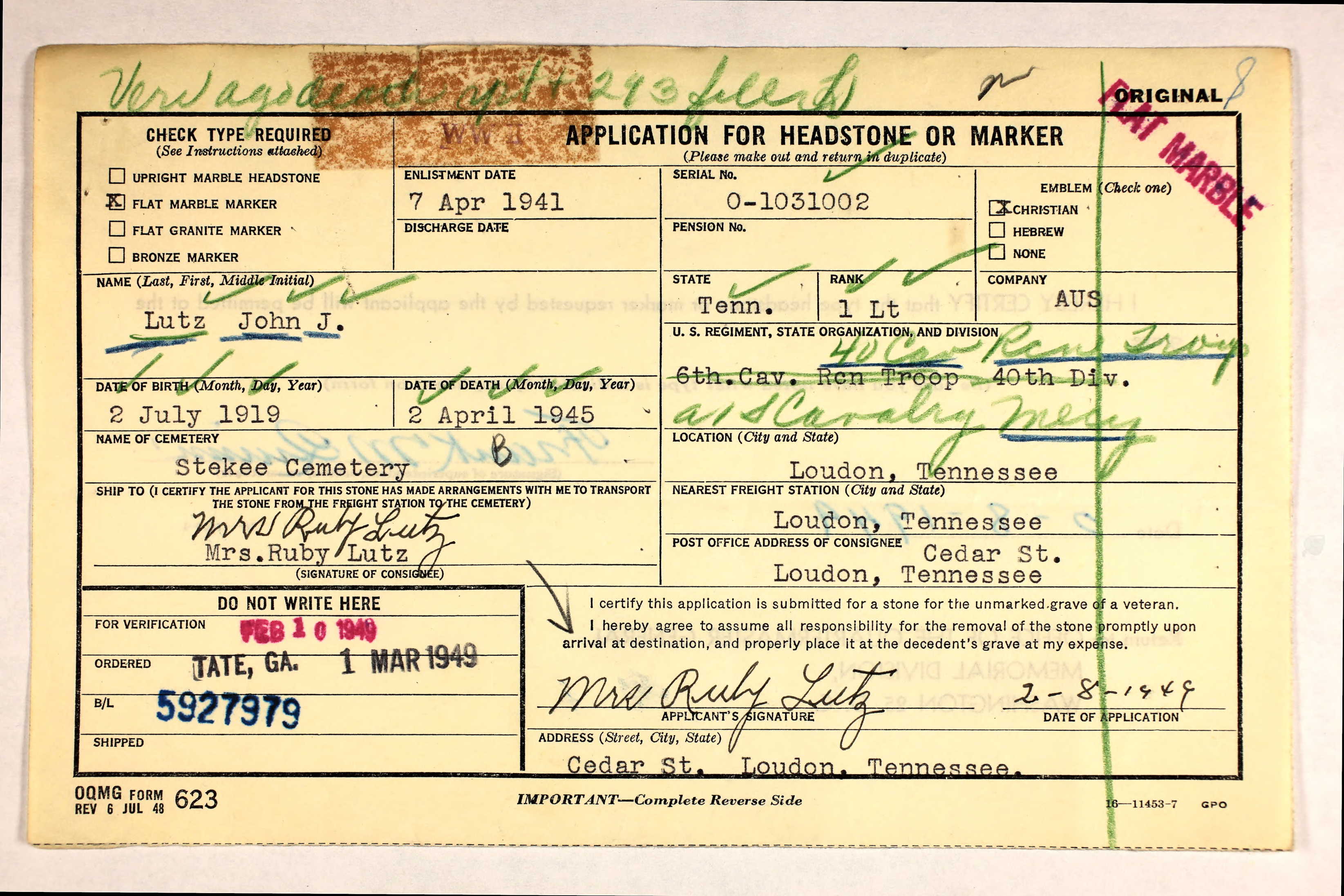 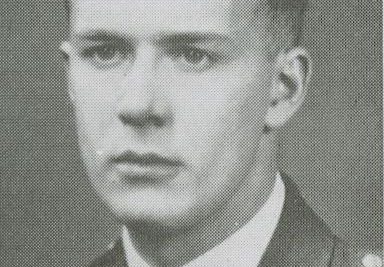