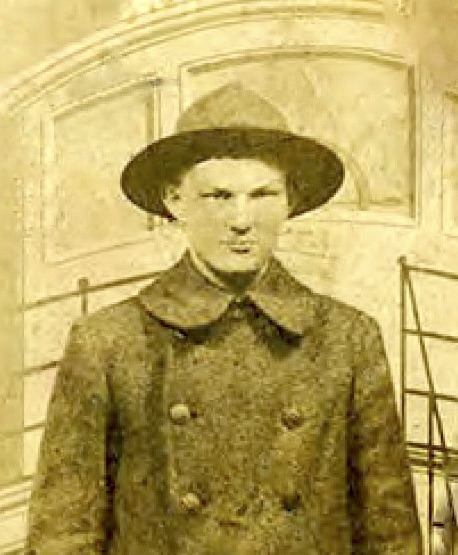 John was born on 23 January 1899 in Chuckey, Greene County, Tennessee. He moved with his family in his early teenage years to Johnson City, Washington County, Tennessee in which he called home. John enlisted in the United States Army on 23 February 1918 at Columbus Barracks in Columbus, Franklin County, Ohio. He received basics there and afterwards was assigned to Troop F, 2nd Squadron, 17th Cavalry Regiment and sent to Camp Harry J. Jones in Douglas, Cochise County, Arizona for advanced training. The 17th’s job was to patrol and secure the Arizona-Mexican border.

The 17th was ordered to Hawaii in late February 1919 and all the men like John who enlisted for the Great War (World War I) were transferred to other Cavalry Regiments, due to their upcoming discharges from service. On 11 March 1919, John was transferred to Troop E, 2nd Squadron, 14th Cavalry Regiment that had moved from Fort Sam Houston in San Antonio, Texas to replace the 17th at Camp Douglas. John was seen by the Camp Doctor; First Lieutenant R. L. Armstrong on 26 March and diagnosed with emphysematous gangrene of the right thigh and leg caused by clostridium bacteria from a previous wound where his horse had fallen on him hurting that leg. John passed away at the Camp Hospital on 1 April 1919 from this and complications of bronchial pneumonia. He was 20 years old. John started his final journey back to Johnson City on 4 April and is interred at the McKinley Church Cemetery in Johnson City.

John was the son of Alexander Tipton Kelley and Belle D. Dickson. 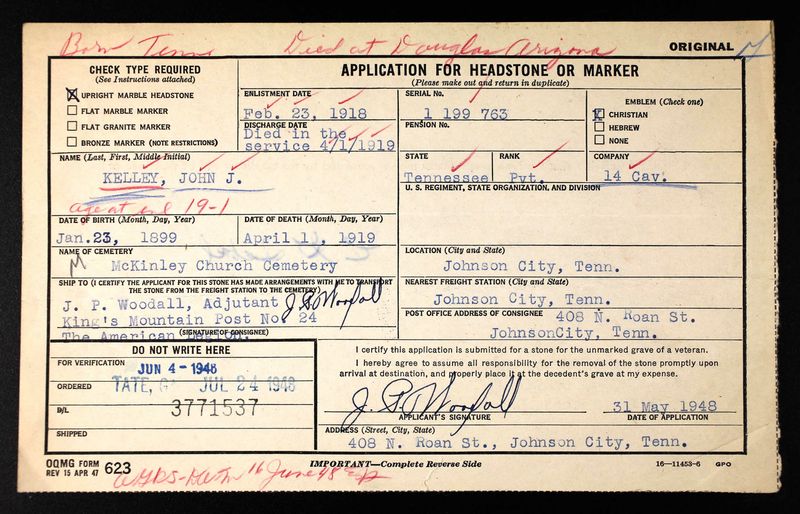 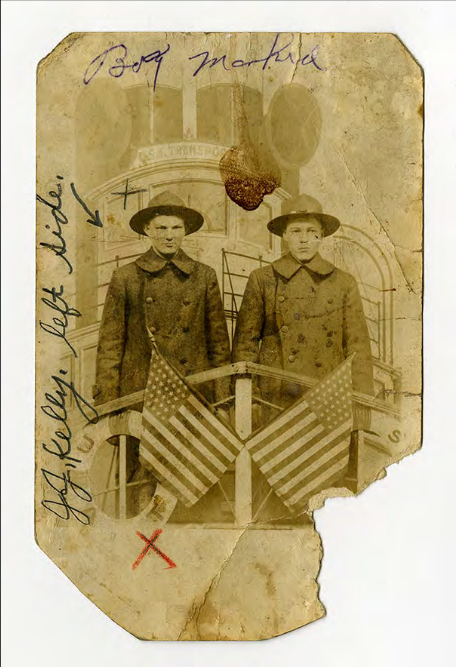 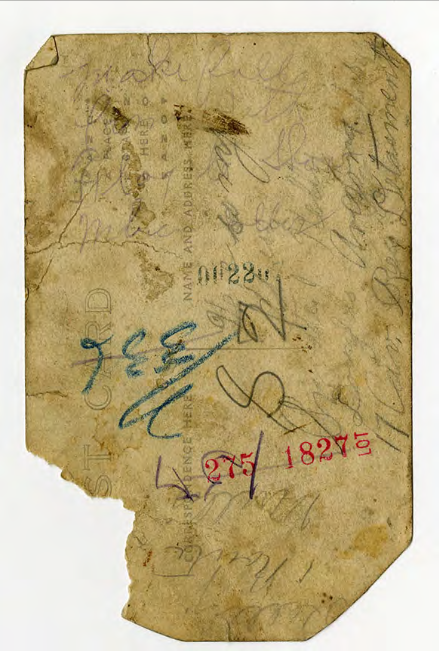 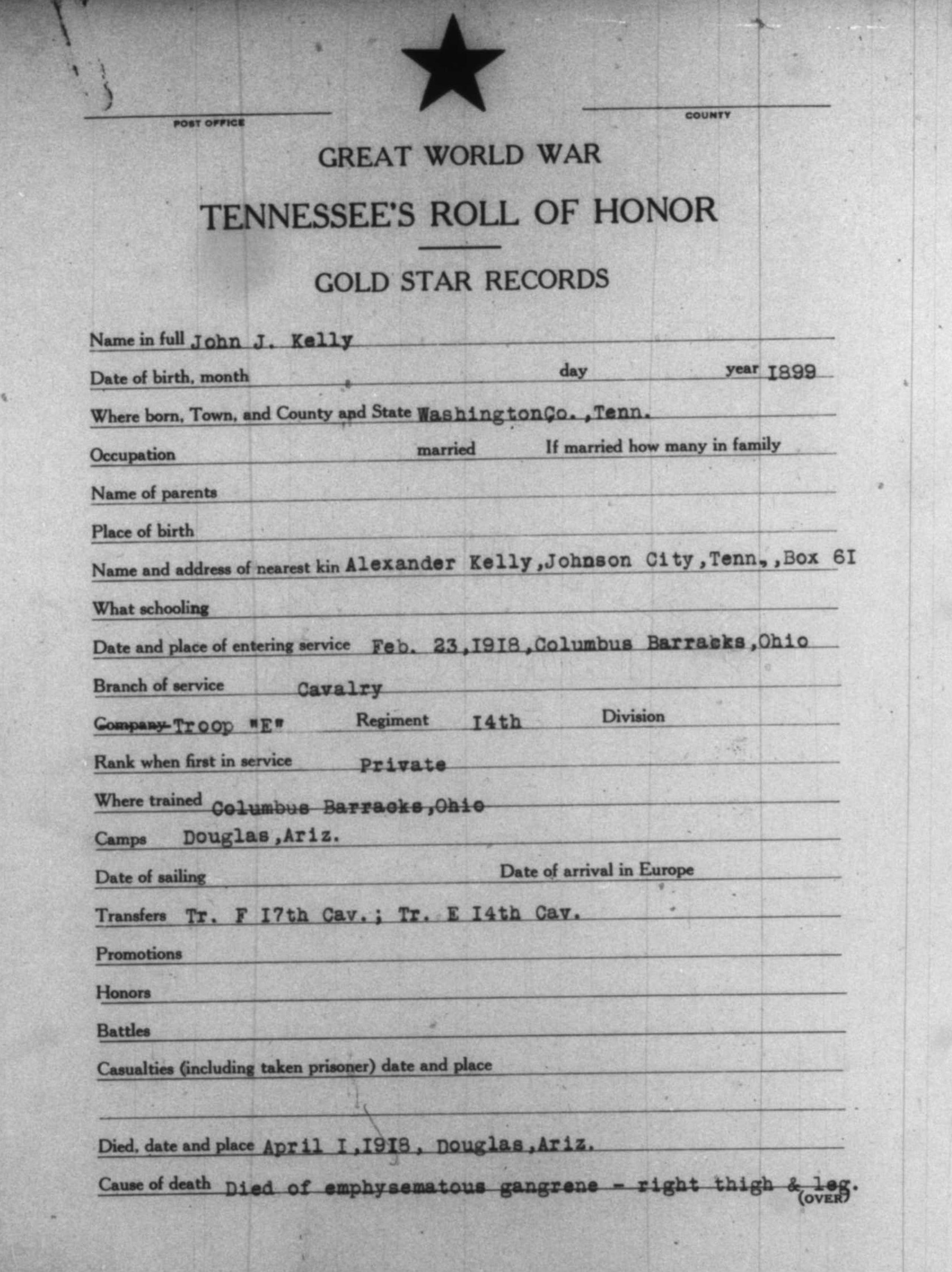 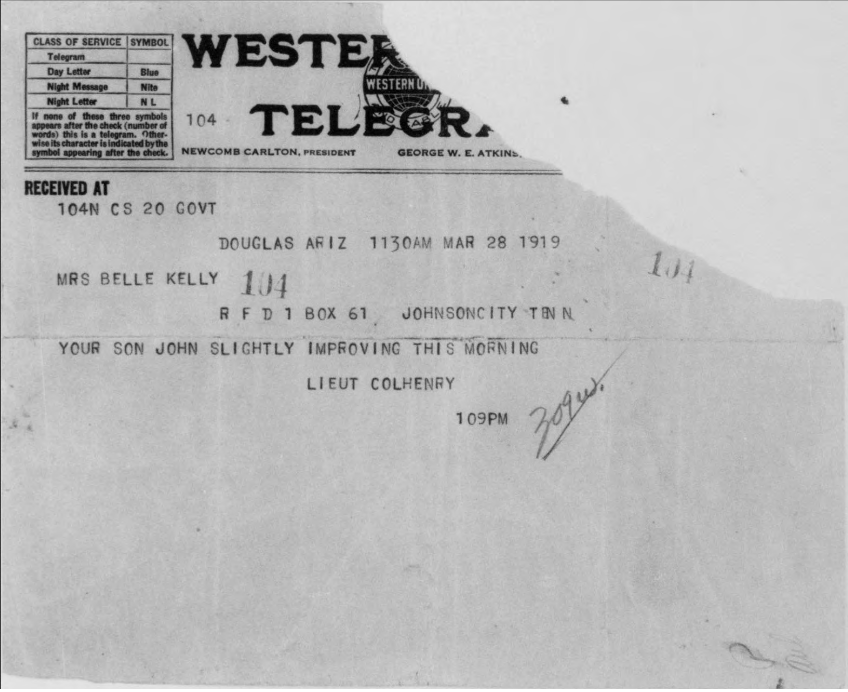 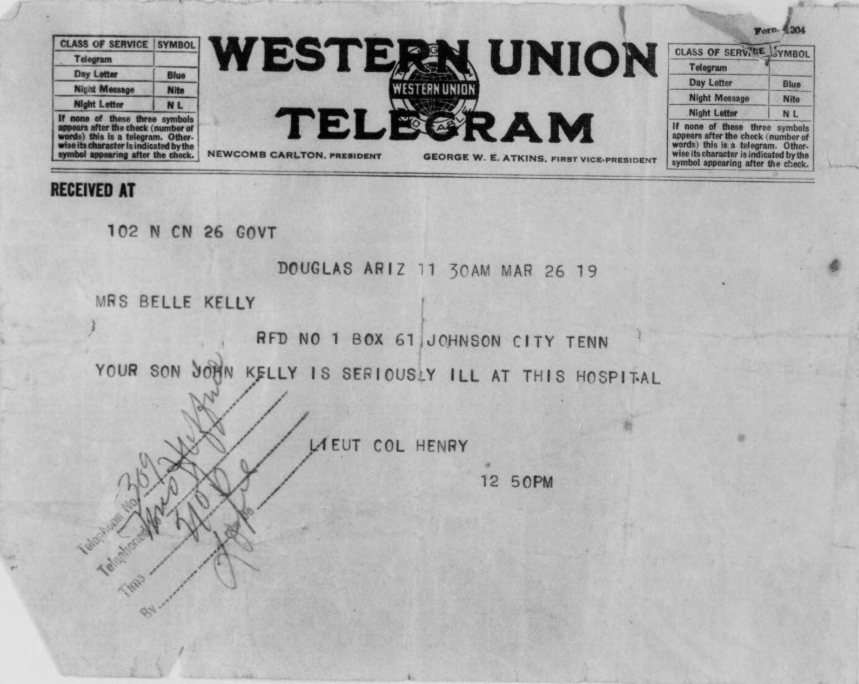 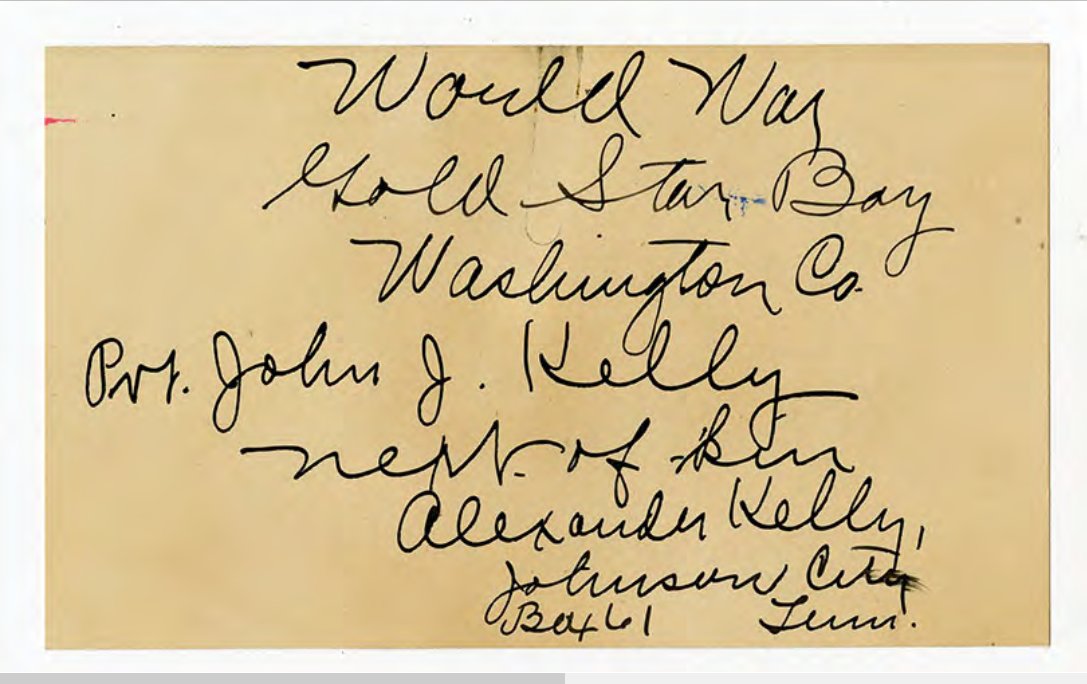 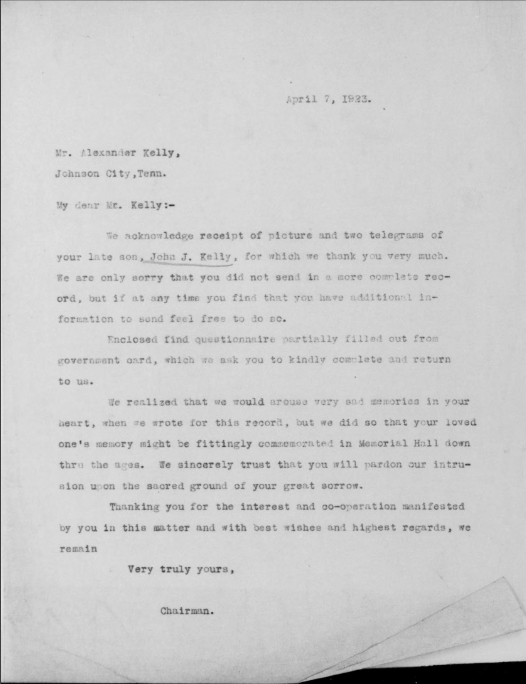 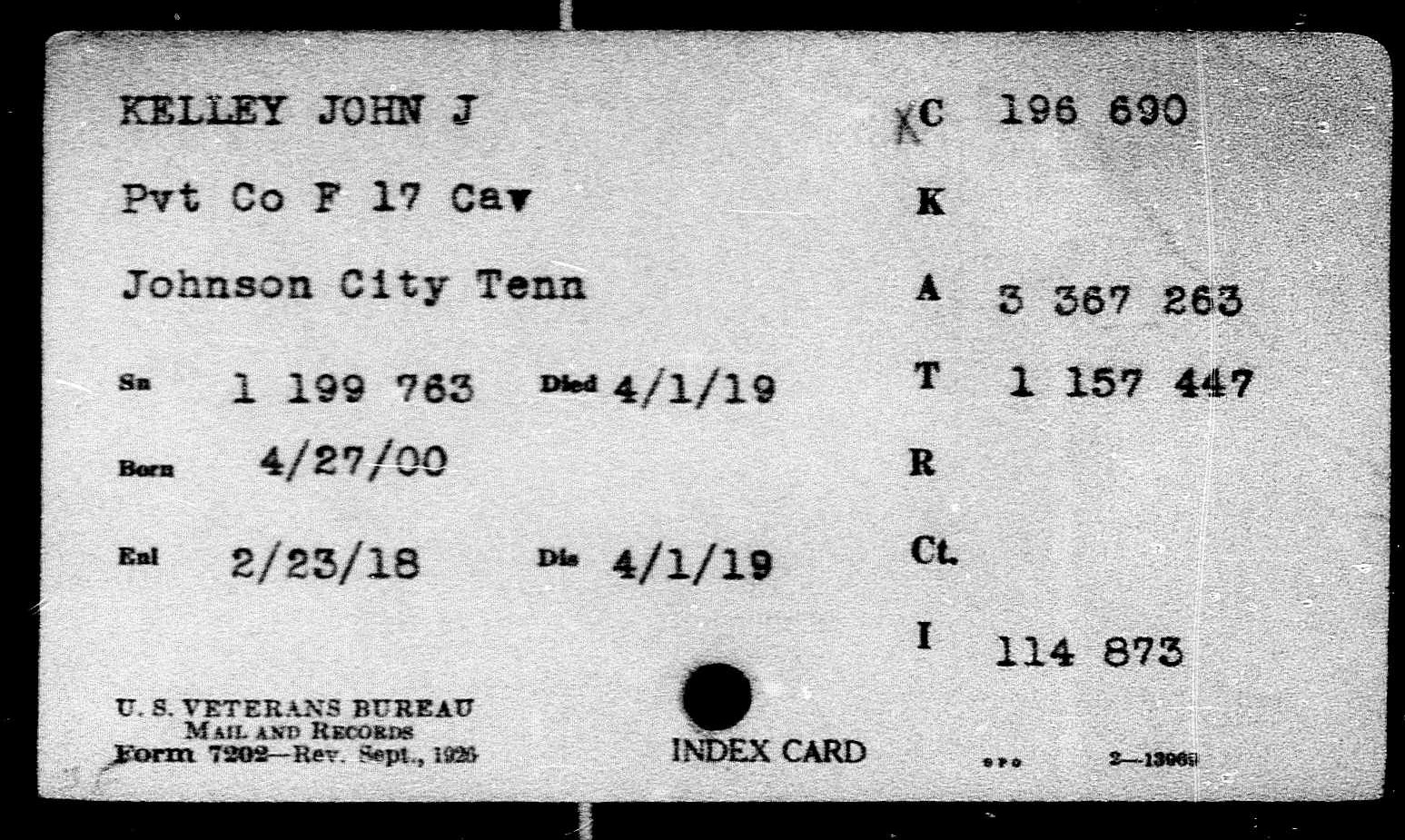 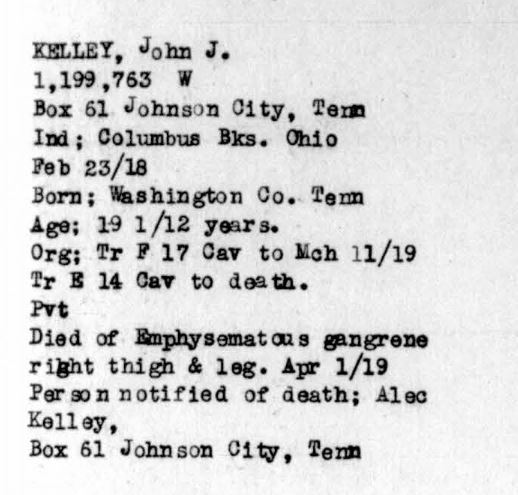 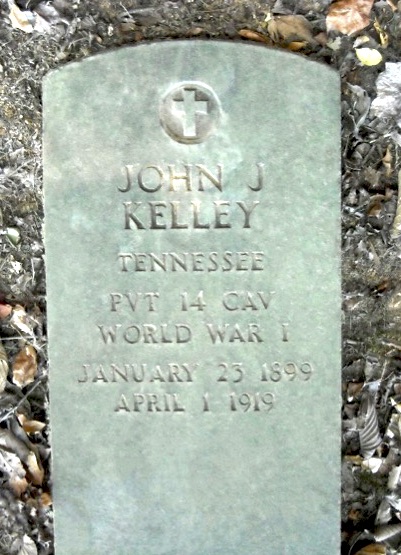