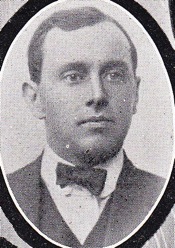 John Joseph Flenniken volunteered at Knoxville in July 1917 in Company C, 117th Infantry, with which he went to Camp Sevier, SC, and trained until his regiment was ordered overseas in the spring of 1918, when he was killed by the enemy in the Ypres sector. He died at the age of 25.

From the Knoxville Journal and Tribune, April 16, 1921: “The funeral of John Joseph Flenniken the son of Mrs. Ed Masterson of Mount Olive, will be conducted from the Mount Olive Baptist Church, Sunday afternoon at 2:30 o’clock and the body will be interred in the Mount Olive cemetery. The funeral party will leave E.B. Manns at 2 p.m. He met his death in the early part of July 1918 at a point near the Hindenburg line, Flanders, he being one of the first soldiers of the 117th Infantry to give his life for his country. He was a volunteer along with his brother James W. Flenniken, who survives and who was within a short distance when death overtook him. He, his mother Mrs. Masterson, and one sister Mrs. C. A. Cooper, his stepfather Esquire Ed Masterson, of Knox County Court, survive.” 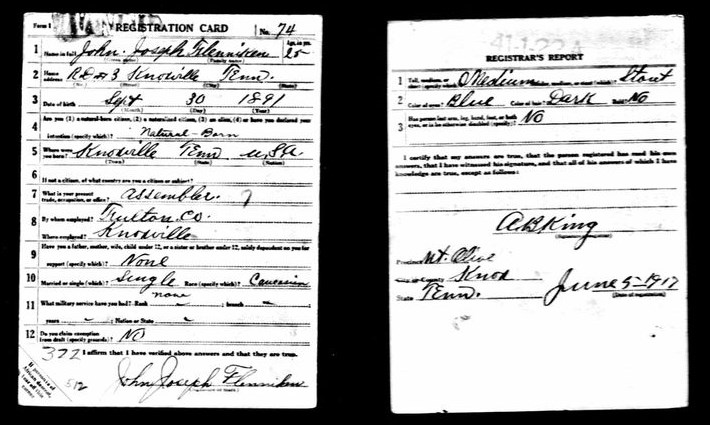 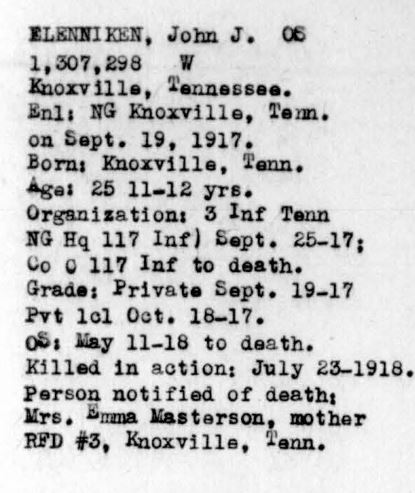 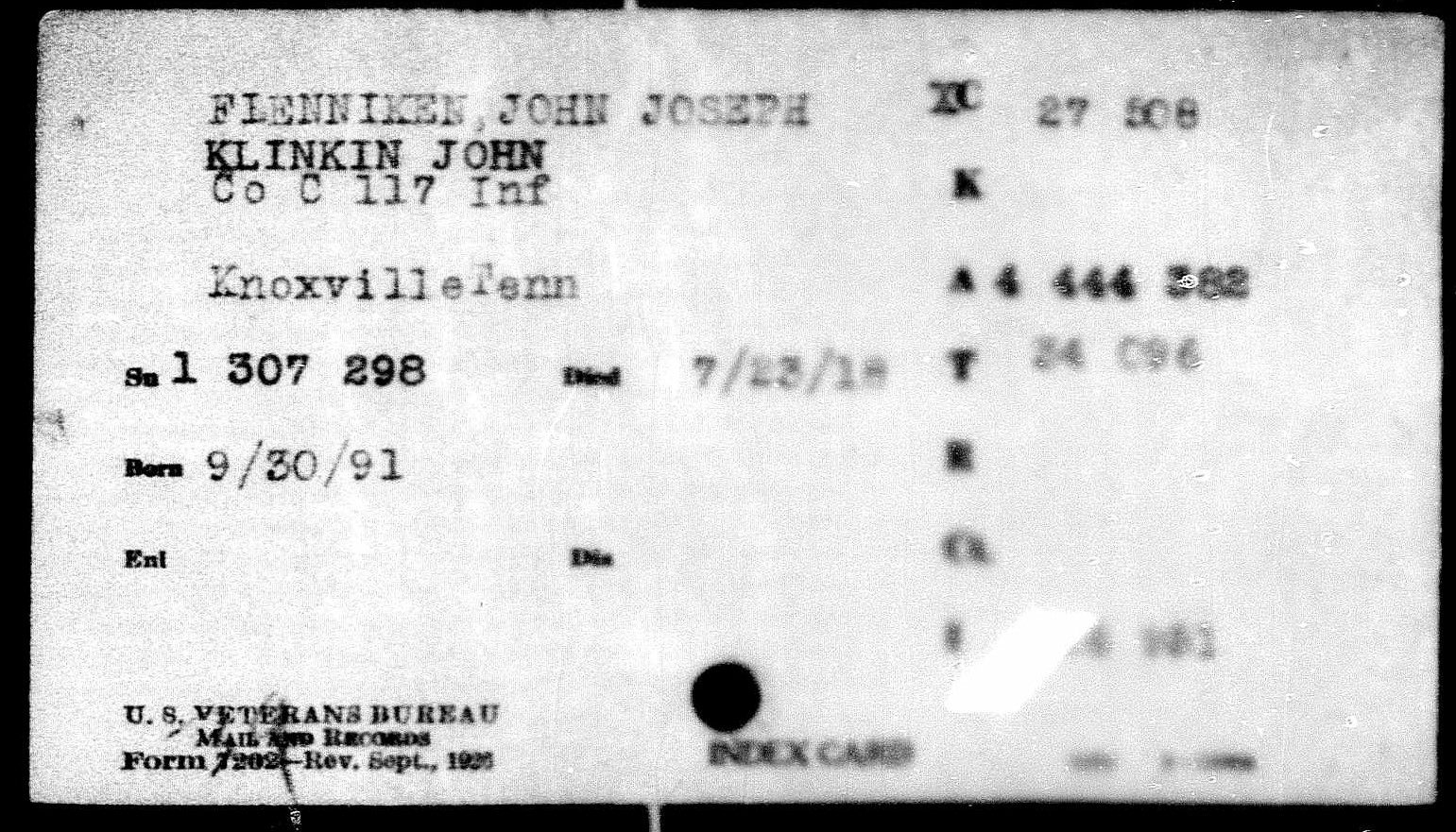