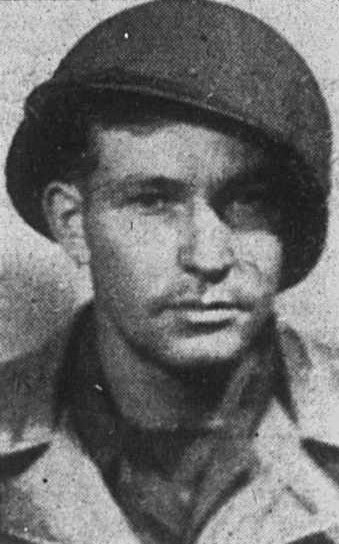 Rogersville Review, May 11, 1944
Pvt John Ferrell, son of Mrs. Mollie Ferrell of Rogersille, has been in England for several months. He is in the infantry and entered the service just before the war.

Rogersville Review, October 19, 1944
Pvt. John Ferrell, son of Mrs. Mollie Ferrell, of Rogersville, was killed in Belgium September 13, 1944. Pvt Ferrell was one of the first men to go from Hawkins county in the draft. 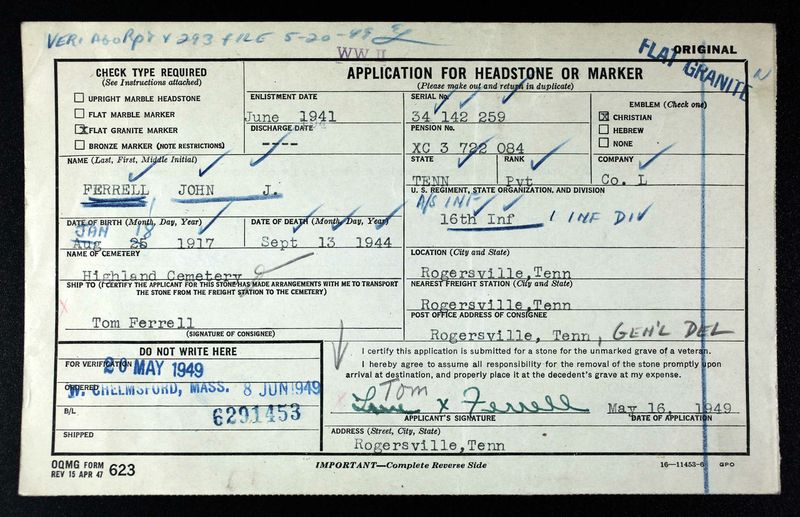 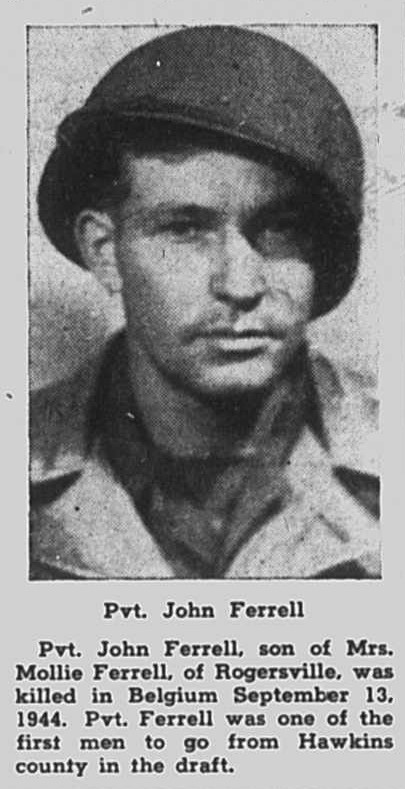