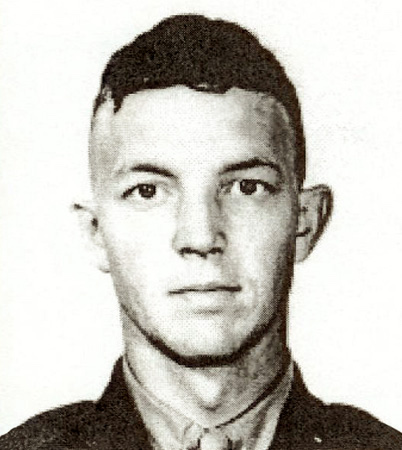 Navy Cross Citation, written before the actual circumstances of his
death were known:

“The President of the United States of America takes pride in presenting the Navy Cross (Posthumously) to Private John I. Kerns, United States Marine Corps (Reserve), for extraordinary heroism and conspicuous devotion to duty while serving as a member of a volunteer boat crew in Company B, 2n Marine Raider Battalion, during the Marine Raider Expedition against the Japanese-held island of Makin in the Gilbert Islands on 17 and 18 August 1942. Fully aware of the hazards of an imminent enemy attack, and with complete disregard for his own life, Private Kerns, with four others, volunteered to take a boat to a point outside a reef and shoot a line ashore to assist in evacuating those men remaining on the beach. Caught on the sea, he was defeated in his valiant efforts by the violent strafing of his boat by withering enemy machine-gun fire. His great personal valor and loyal spirit of self-sacrifice were in keeping with the finest traditions of the United States Naval Service. He gallantly gave up his life in the service of his country.”

Copper City Advanced, September 25, 1942:
Prof. F.W. Kerns has received a letter from Captain O.F. Peatross, Marine Unit no. 160, giving details of how his son, Jack, met his death in the service of his country. Jack was reported missing in action about a month ago by the War Department and Prof. Kerns had heard nothing further until he received the letter from Jack’s platoon leader. The letter was posted on Sept. 10.
Jack was a graduate of Copperhill High School and was very popular here. He left Copperhill about two years ago, and had been in the Marines over a year. Besides his father, he is survived by one brother, and two sisters. C.B. Kerns of Copperhill is an uncle. 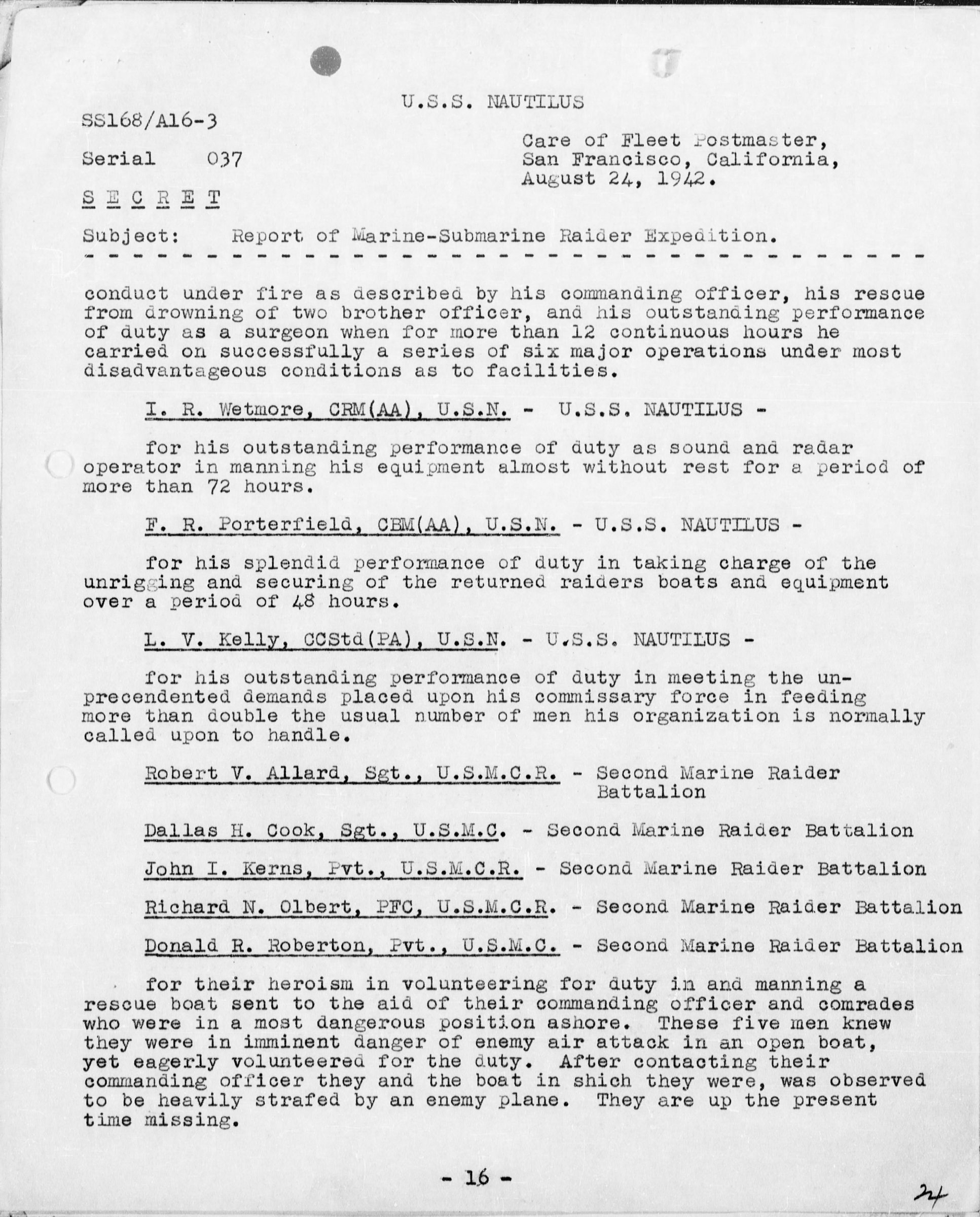 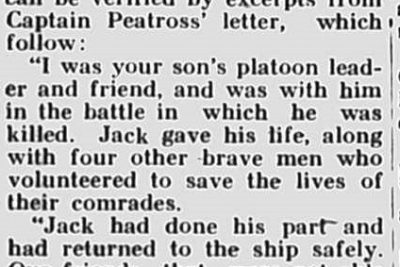