Private Crum died at the Knoxville General Hospital due to a gunshot wound in the abdomen.

The Knoxville News-Sentinel, September 16, 1942
John Crum, 29-yeard-old soldier from Camp Chaffee, Ark., was near death at General Hospital today after  being shot in the abdomen last night by his father-in-law William S. Smith, of Beaumont Avenue. The shooting occurred at the Smith home where Crum’s wife was staying. Smith admitted firing a pistol throught a window of the home and wounding Crum, who was standing in the side yard, Detective James Adcock said. Smith said he got a pistol and fire at Crum because the latter repeatedly refused to leave the home, according to Detective Adcock. The victim’s wife said Crum, who joined the Army last January, came to the home and wanted to see her. “He asked Daddy to ask me if I wanted to talk to him,” Mrs. Crum told Detective Adcock. “Daddy asked me, and I said I didn’t want to talk to him. He kept standing outside the window, arguiing with Daddy and wouldn’t go away. Finally he went off and came back in five or ten minutes and wanted Daddy to come outside. Daddy kept telling him to go away and he wouldn’t. Finally I heard Daddy go get his pistol and he shot out the window.” Mrs. Crum said she and the victim had been married seven years and that Crum had never supported her or their three children. Two of the young children are now in an orphanage at Nashville and the third boards with a West Knoxville family, she said. Hospital attendants said Crum had undergone an emergency operation in which 30 inches of intestine, puncture by the bullet, had been removed. He is not expected to live, however. Clinging to life by a bare thread at the hospital, Crum reluctantly told Detective Adcock that he went to the home last night to ask Mr. Smith “about my kids.” “Do you think we should entitle your father-in-law to make bond this morning?” Detective Adcock asked. “Yes, let him make bond,” Crum answered weakly. Crum ’s home is at 515 North Avenue. His mother is Mrs. Vinnie Crum. According to the hospital records. 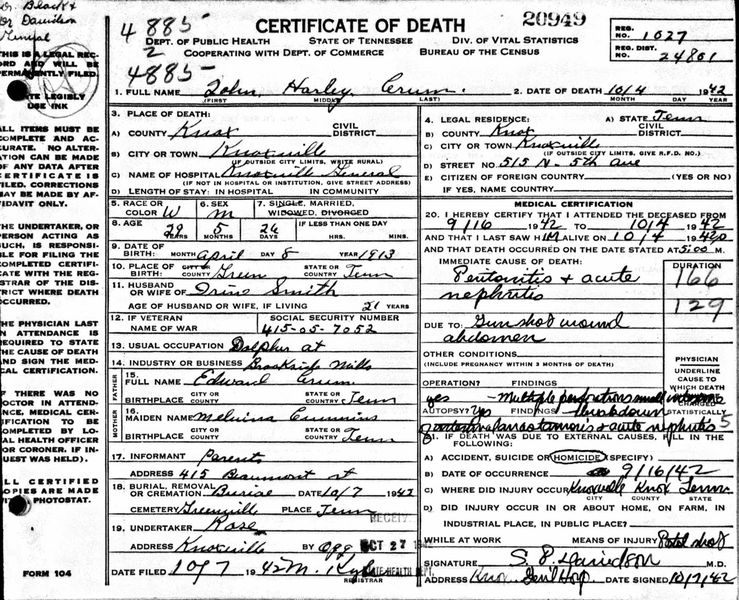 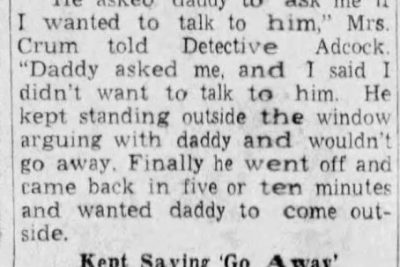 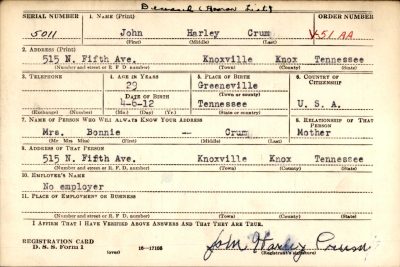