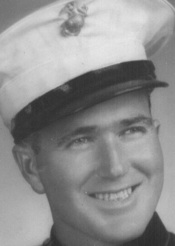 Before entering the war, he was employed with a lime company in Knoxville.
Private Brown was killed in action on Okinawa Island in the Pacific theatre. He was serving with the F2 Company Battalion, 22nd Marines, U.S. Marine Corp.

He was survived by mother, Mrs. Meppie Nelson, wife, Mrs. Nada Belle Brookshire Lambert, son, Will Alvin Brown, daughters, Mary Frances and Anna Jewel, brothers, L.C. and Shirley Brown, sister, Mrs. Violet Hurst. He was returned to the United States and funeral services were held March 13, 1949, at Marbledale Church of God. He was buried at Asbury Cemetery, Knoxville, with the John Lilly Detachment of the Marine Corps in charge of military services at the graveside. 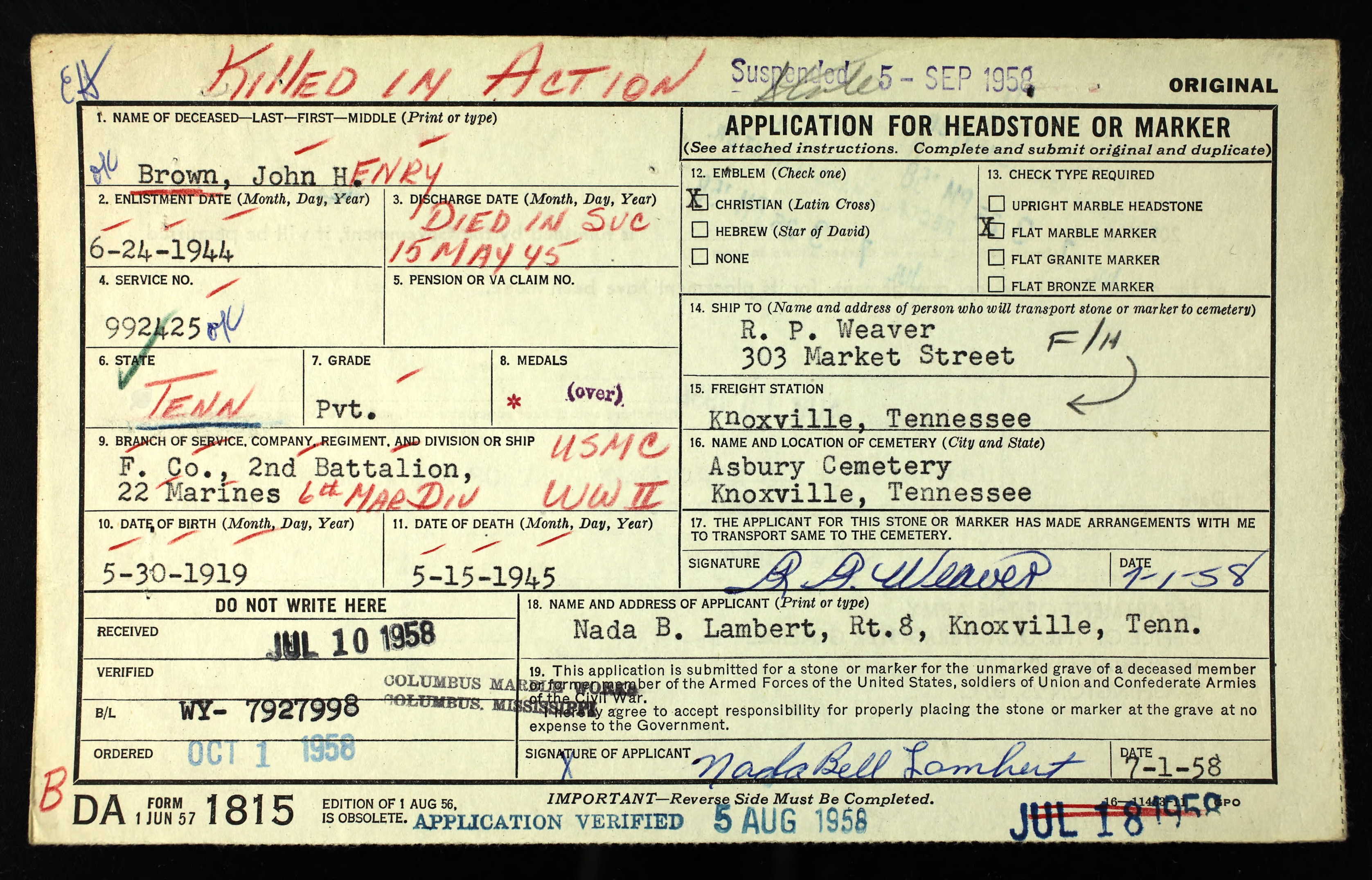