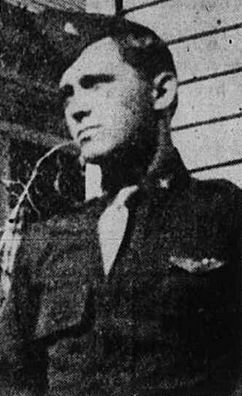 John Furge was born in 1924 in Tennessee, son of George and Mary Furge.

2nd Lieutenant John Furge was assigned to the 46th Fighter Squadron, 21st Fighter Group flying off of Iwo Jima. He died on 17 May 1945 and is listed on the Tablets of the Missing, Honolulu, Hawaii.

With 16 aircrafts in a strafing mission to Atsugi A/F Honshy in Japan, just prior to leaving landsend, F/O Joseph P. Davis, was observed to be flying at an altitude of approximately 50 feet. This observation was the last seen of F/O Davis.
2nd Lt Furge was killed at 1500, 17 May 1945. Appriximately 35 miles southeast of Tokyo, Japan. Enroute to the home base Lt Furge of the 46th had to bail out in between the first and second ASR submarine just East of Hachijo. Furge was seen to drown by Lt Gordon of the 46th Squadron. 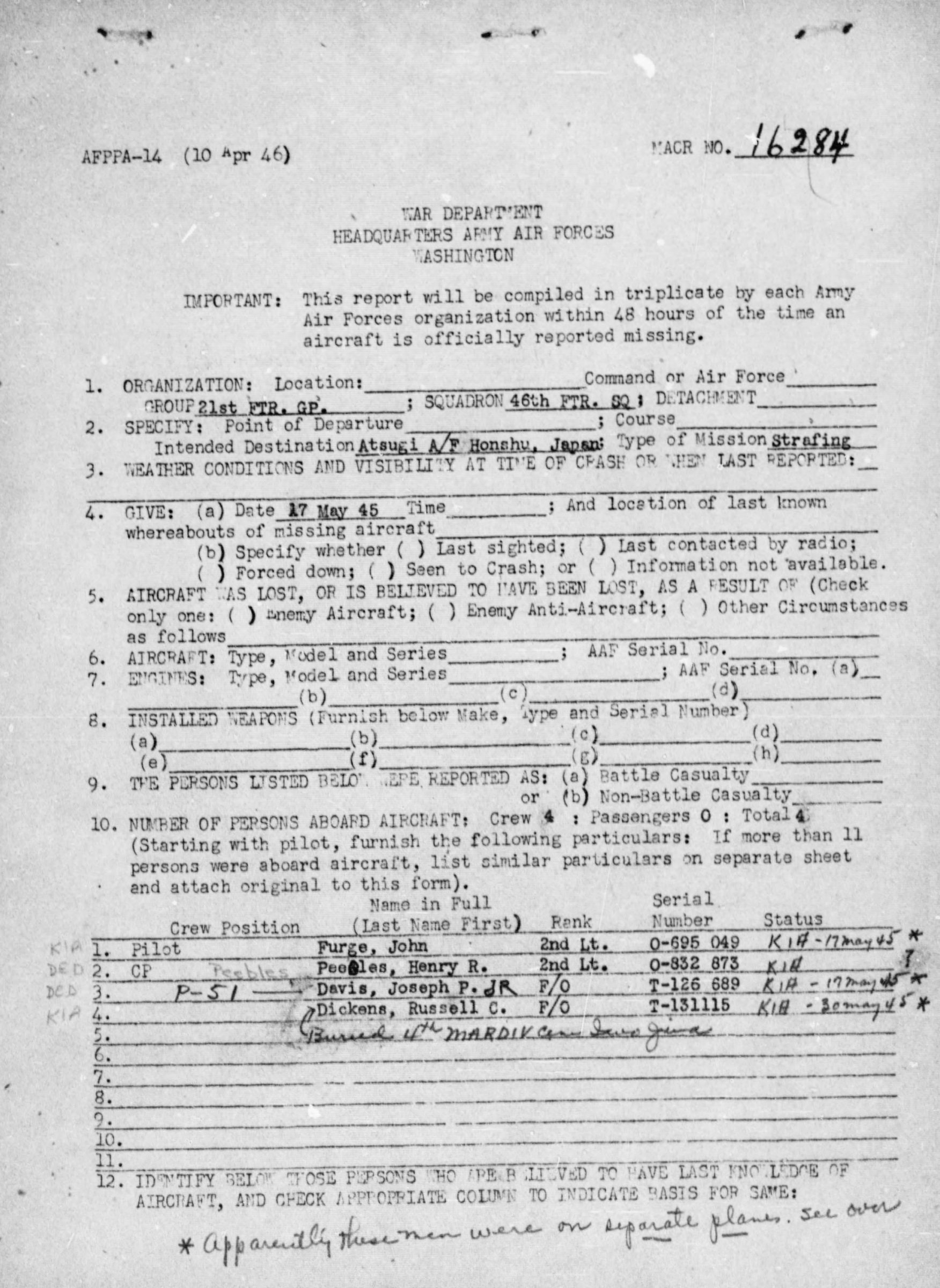