The Knoxville News-Sentinel, June 26, 1943
Word of the death in action of Fireman Second Class John F. Whillock, has been received by his parents, Mr. and Mrs. John C. Whillock, 305 East Keith Avenue. The official notification from the Navy Department said that Fireman Whillock “was killed in action while in performance of his duties and in service of his country.” His body was buried at seas on June 18, the message added. Until recently Fireman Whillock, who entered the service last August, had been stationed in California. Fireman Whillock was a graduate of Rule High School. Besides his parents, he is survived by four sister, Mrs. M.E. Coward, and Misses Midlred, Charlotte and Elsie Kate Willock. 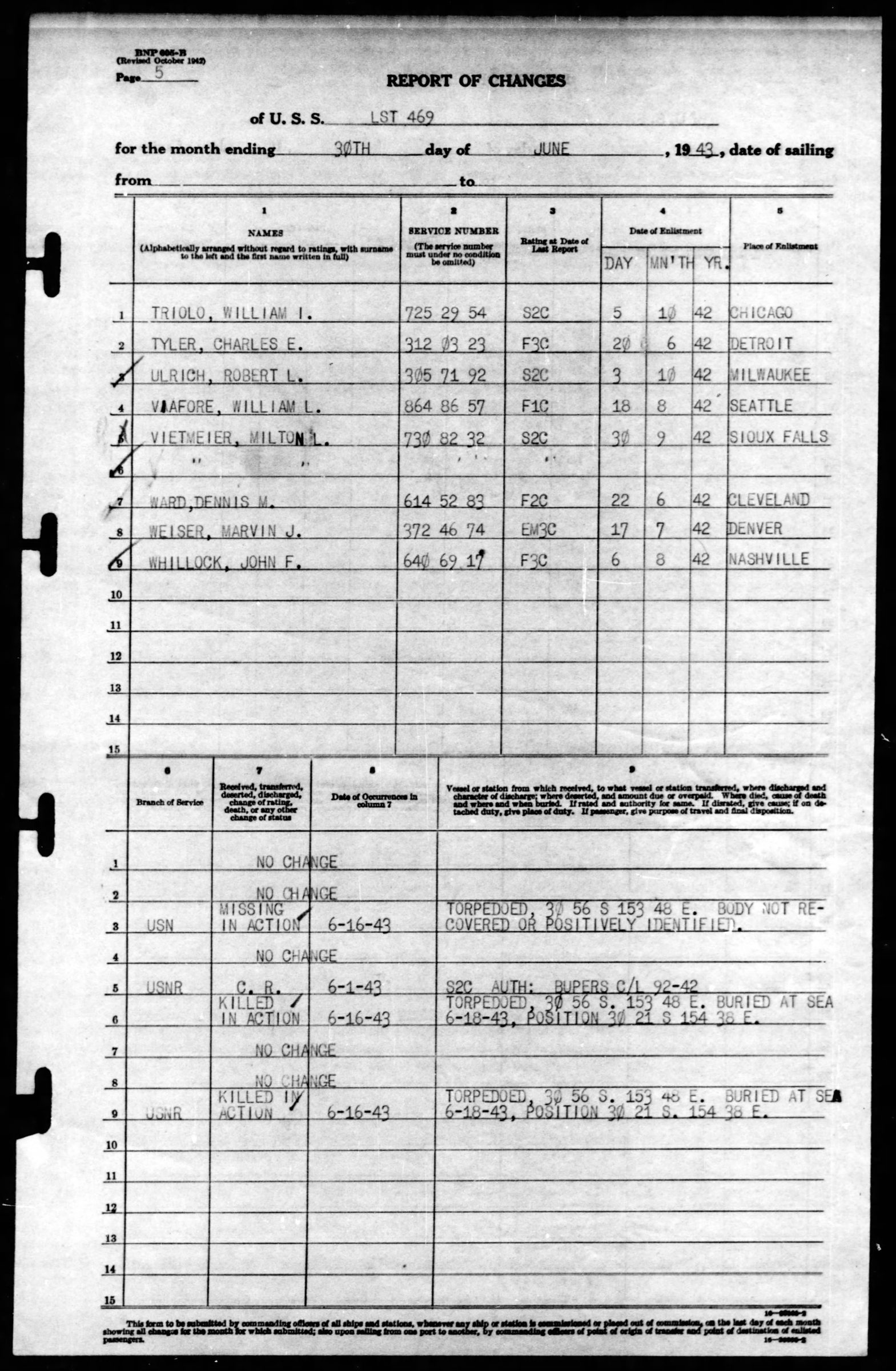 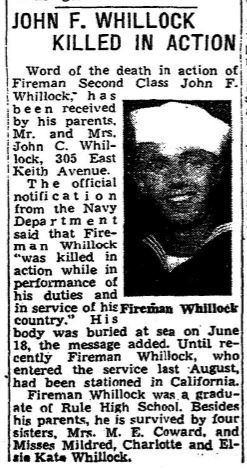 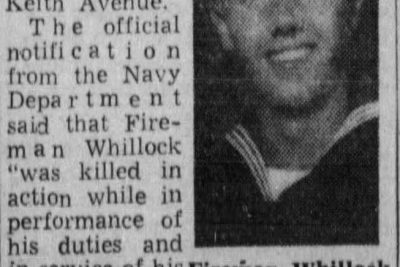