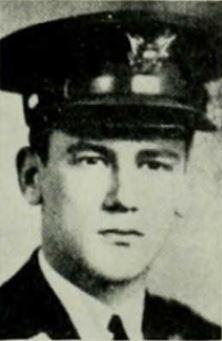 The Kingsport News, July 9, 1943 Morristown, Tenn.
– Lieutenant John Frederick Hay of Morristown, who was reported prisoner of war of the Japanese, had been reported by the War Department to have died in the Philippine Islands subsequent to the fall of Bataan. The Government received its information from the Red Cross but no dates have been given. Lieutenant Hay was the son of Dr. and Mrs. Samuel H. Hay of the pastorate of the First Presbyterian Church of Morristown. He is survived by his parents and two sister, Miss Rachel M. Hay and Mrs. T. Moffatt Burriss. 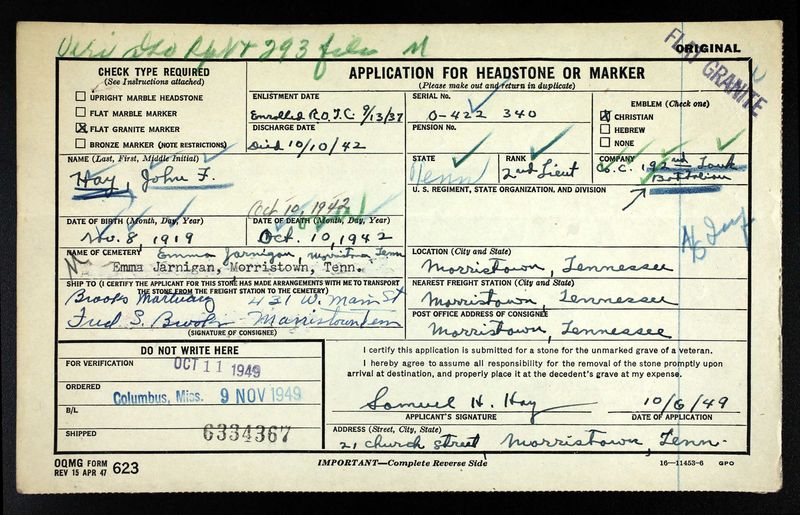 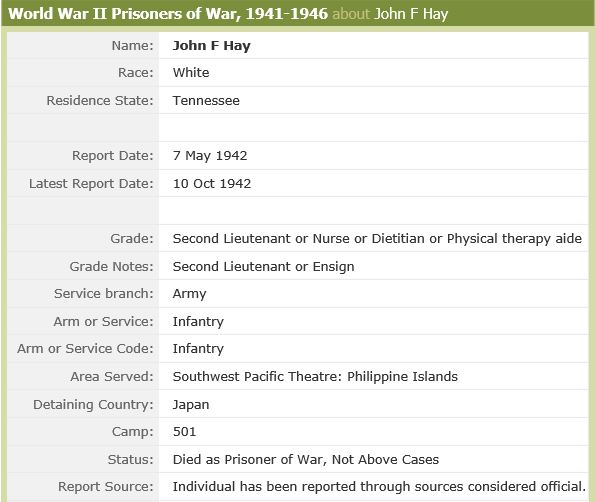 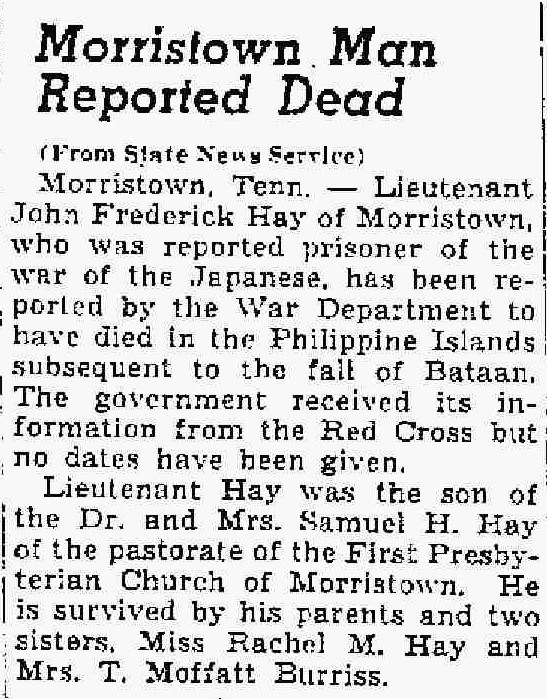