John Edwin Wagner served on the U.S.S. Underhill (DD 682). The U.S.S. Underhill was sunk by a Japanese submarine off Northern Luzon on July 24. Ten of the Underhill’s 14 officers and 102 enlisted  men of a crew of 224, were listed as killed or missing in action. Almost all the survivors were injured. John Wagner was one of the survivors and transferred to Fleet Hospital 114.

A Jap midget submarine, one of a pack stalking a convoy southbound from Okinawa in which the Underhill was an escort, got the gallant DE in one of the strangest actions to happen in the Pacific for some time. Lieutenant Joe H. Timberlake, the Underhill’s engineering officer and senior line officer said that the Underhill was on station in the convoy’s escort screen on the afternoon of July 24. Suddenly, the Underhill’s detection apparatus picked up strong indication of two enemy submarines. Lieutenant Commander Newcomb ordered all hand to general quarters, and the search began.
Directly over one target, the Underhill dropped a pattern of depth charges and unmistakable indications of a kill were soon observed.
Within a few minutes, the periscope of the second Nip midget was observed, and the Underhill altered course to ram. Ram the Jap she did, but it proved her doom, for the enemy sub, evidently laden with high explosives, blew up directly underneath the Underhill breaking the DE in two amidships.
Observers on patrol craft and aboard other ships in the convoy, stated later that it was the biggest explosion they had ever seen, and that a ball of fire of tremendous size enveloped the Underhill at the instant she rammed the Jap sub. They did not believe, at the moment, that anyone aboard the DE could have survived. Patrol craft in the convoy’s escort screen rushed to the scene and removed all of the 126 survivors who were aboard the drifting after half of the Underhill. 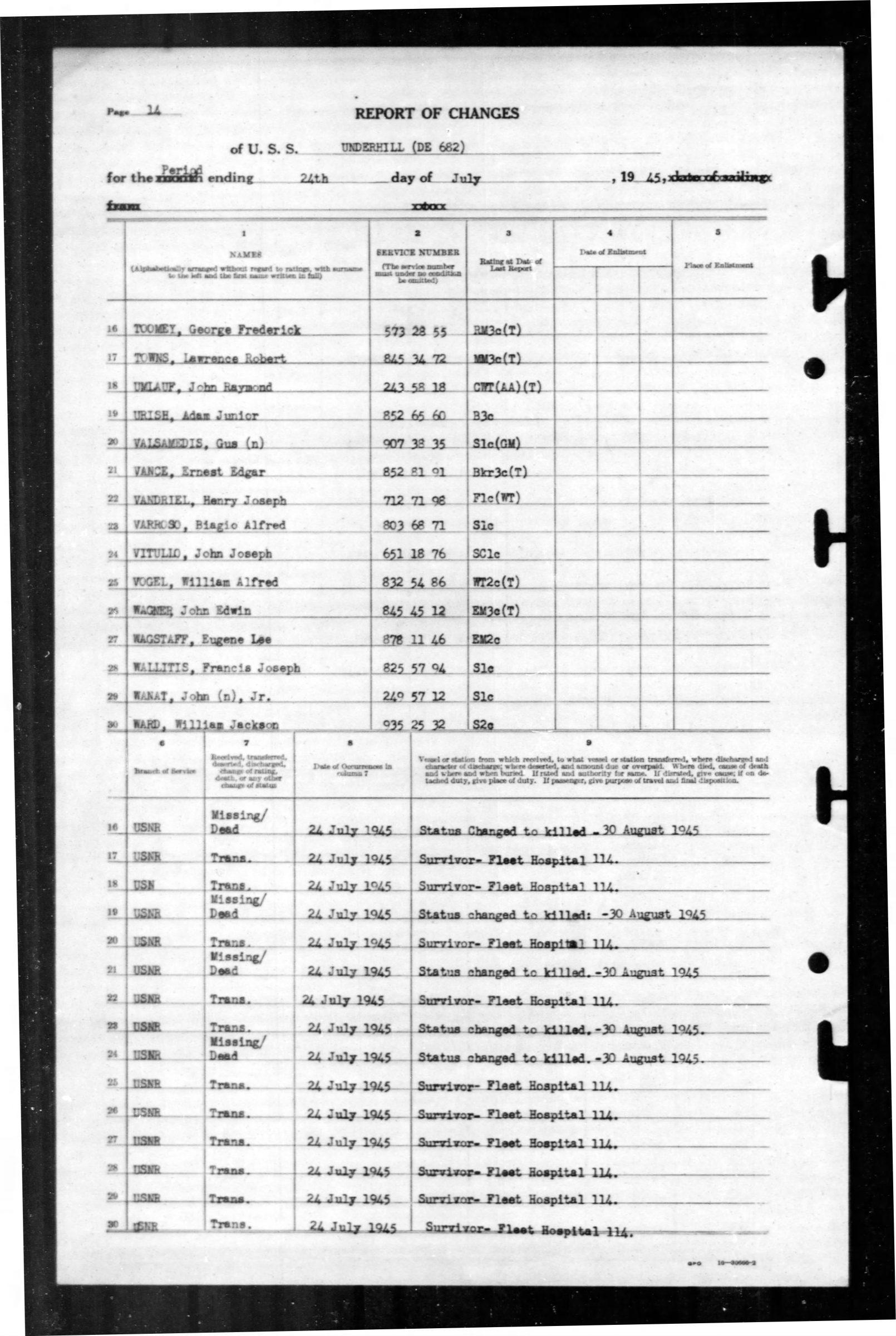