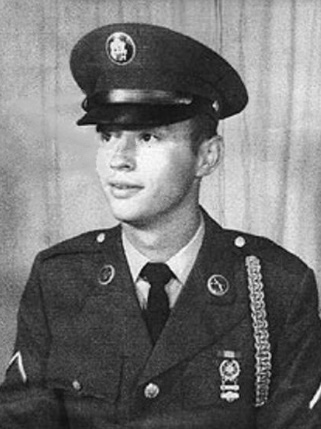 Sergeant John Edward McCarrell was born on February 28, 1949, and was originally from Loudon, Tennessee. He was the son of William D. McCarrell and Jean Helen Lintner, and had two siblings, David and Kay. Sgt. McCarrell served his country in the Vietnam War in the United States Army as an infantryman in 4th Platoon, B Company, 3rd Battalion, 187th Infantry, 101st Airborne Division. His tour in Vietnam began on October 16, 1968. On May 11, 1969, he was killed under hostile conditions by an explosive device in Thua Thien province, South Vietnam; he was 20 years old at the time of his death. Sgt. McCarrell was awarded the Silver Star and Purple Heart medals for his service in Vietnam. He is buried at Lakeview Cemetery, Lenoir City, Tennessee, and is memorialized on the Vietnam Veterans Memorial on Panel 25W, Line 52.

Sergeant McCarrell was killed at the Thau Valley. He was the 12th Loudon County resident to die in the Vietnam War.