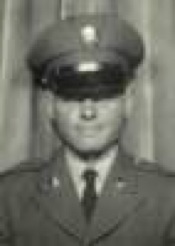 Private First Class John Earl Lay was born on June 14, 1946, and was originally from Jellico, Tennessee. He served his country in the Vietnam   War in the United States Army, as an infantryman in A Company, 2nd Battalion, 7th Cavalry, 1st Cavalry Division. He was a one-year veteran of the Army when his tour in Vietnam began on August 16, 1965. On January 29, 1965, PFC Lay was killed under hostile conditions in Binh Dinh province, South Vietnam; he was 19 years old at the time of his death. He was the recipient of the Purple Heart medal. PFC Lay is buried at Douglas Cemetery in Oswego, Campbell County, Tennessee, and is memorialized on the Vietnam Veterans Memorial on Panel 4E, Line 111.

The following is an online tribute left for PFC Lay:

Jerry Lay
Johnny was my older brother and I often remember the last day that I got to see him. He was leaving on the bus going back to Ft. Benning for deployment to Vietnam. I regret that I didn’t hug him good bye but I was just a young kid and had no idea I would never see him again. He is loved by all his family members, Jerry, Barbara, Wilma, Jackie, Bobby, Danny, Kathy, Susan, and Donny, and is dearly missed. I served a tour in Vietnam from August 1969 to August 1970 and that also makes us brothers-in-arms. Our mother, Essie, still keeps his uniforms and flag in a special shrine in her home for all to see. She misses him everyday. Jerry Dale Lay
Aug 27, 2010