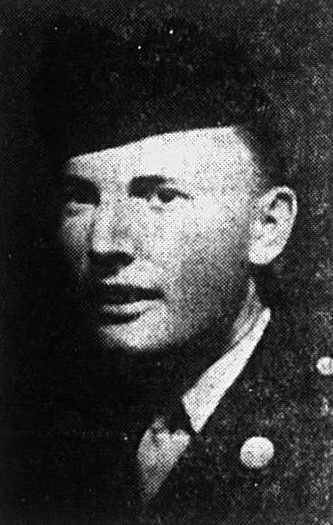 The Knoxville Journal, May 31, 1945
Greenback, May 30 – Pvt. John E. Lane, son of Mrs. Robert L. Lane of Greenback, Route 1, was killed in action in Luxembourg, Dec. 30, his parents have been notified. Private Lane, a member of the military police unit, was serving as an infantryman at the time he was killed. He entered service in June 1943, and had been overseas since July, 1944.

Lenoir City News, April 11, 1949
The remains of Pvt. John E. Lane, who was killed in action in Luxembourg, Deember 30, 1944, will arrive Wednesday, April 13 at Greenback and will be taken to the home of his parents, Mr. and Mrs. Robert L. Lane on RFD 1, Greenback.
Last rites will be conducted Friday, April 15 from theHickory Valley church and interment will be directed by Thomas-Tallent int he church cemetery American Legion Post No. 70 of this city will conduct the services at the Grave.
Surviving are the parents and one brother Wesley Lane. Pvt. Lane entered service in June 1943 and was sent across in July 1944. 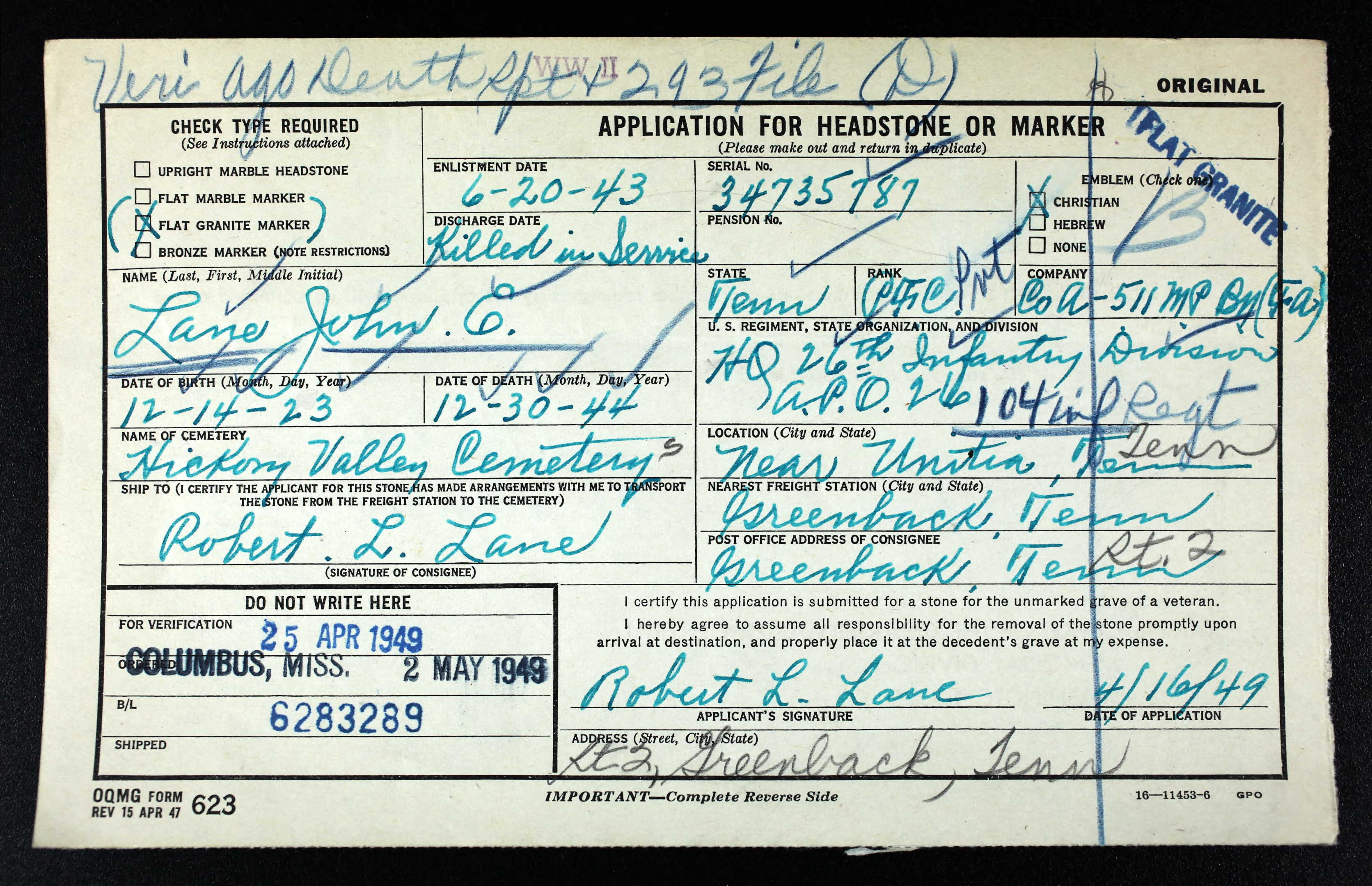 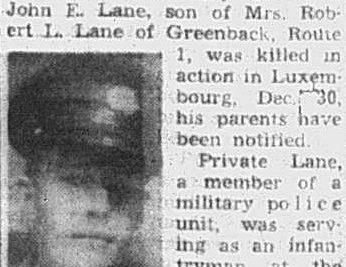 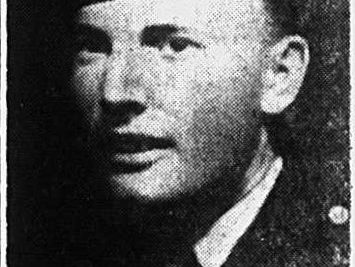