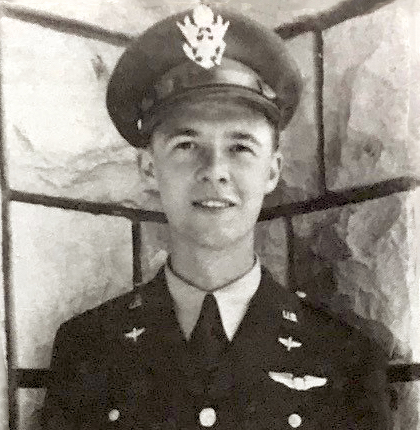 John was born in Atlanta, Fulton County, Georgia on 23 April 1921, but grew up in and called Johnson City, Washington County, Tennessee home. He graduated from Science Hill High School, Class of 1939 and attended East Tennessee State College while working as a shoe salesman at J.C. Penney in downtown Johnson City. John attended the Harrison Christian Church.

John enlisted as a Private in the United States Army Air Forces with service number 13034027 on 6 January 1942 in Richmond, Virginia after completing one year of college. After completing the Aircraft Mechanics course on 4 July 1942 at Sheppard Field, Wichita, Texas, he applied to become an Aviation Cadet. With his education and high aptitude scores, John was selected. He was sent for preflight training at a contract school, Wilson-Bonfils Flying School located on the Chickasha Municipal Airport, Chickasha, Oklahoma. John passed and since he had the skills needed to be a pilot was sent to Perrin Field, Denison, Texas for basic flight training. John was screened at the end of this course and placed into the bomber program. Then it was onto Blackland Field, Waco, Texas for advanced flight training in multiple engine aircraft. John certified as a bomber pilot and given his commission as a Second Lieutenant with service number 0-675339 upon graduation. During this whole time, John sent enough money back to the store J.C. Penney to invest in two $25 war bonds a month, he continued to do that even after graduation and the store continued to do so until the end of the war for him.

Here the war really began for them. John flew his first operational bombing mission on 17 July 1943 to hit a German aircraft factory in Amsterdam, Netherlands. On 29 July 1943, they successfully bombed their assigned target at Warnemunde, Germany, a Heinkel aircraft factory that had been converted over to produce Focke-Wulf 190 fighters. This was their third bombing mission together and the two assigned bomb groups, 388th and 96th, were returning home across the North Sea when a mid-air collision happened between John’s ship and B-17F #42-30370 (Little Caesar) from the 337th Bomb Squadron, 96th Bomb Group. This incident occurred three miles from the coast of Cromer, England. One ship broke in half and both went into the sea aflame. All ten members of John’s crew died that fateful day. John was first interred in the Brookwood American Cemetery, London, England, an American World War I cemetery, before being moved to the Cambridge American Cemetery, Cambridge, England. He now rests in Plot C, Row 4, Grave 8. John also has a Memorial Marker at Monte Vista Memorial Gardens, Garden of Peace, in Johnson City, Tennessee.

Only three flight crew members’ bodies of the 21 men from both aircraft were recovered, John and SSgt Holmbom from his, and TSgt Goodman, Barrett H. from Little Caesar. Holmbom was returned back to the spot of the crash and buried at sea by the British. Both crews with the exception of John and TSgt Goodman are listed on the Tablets of the Missing at the Cambridge American Cemetery, Cambridge, England. 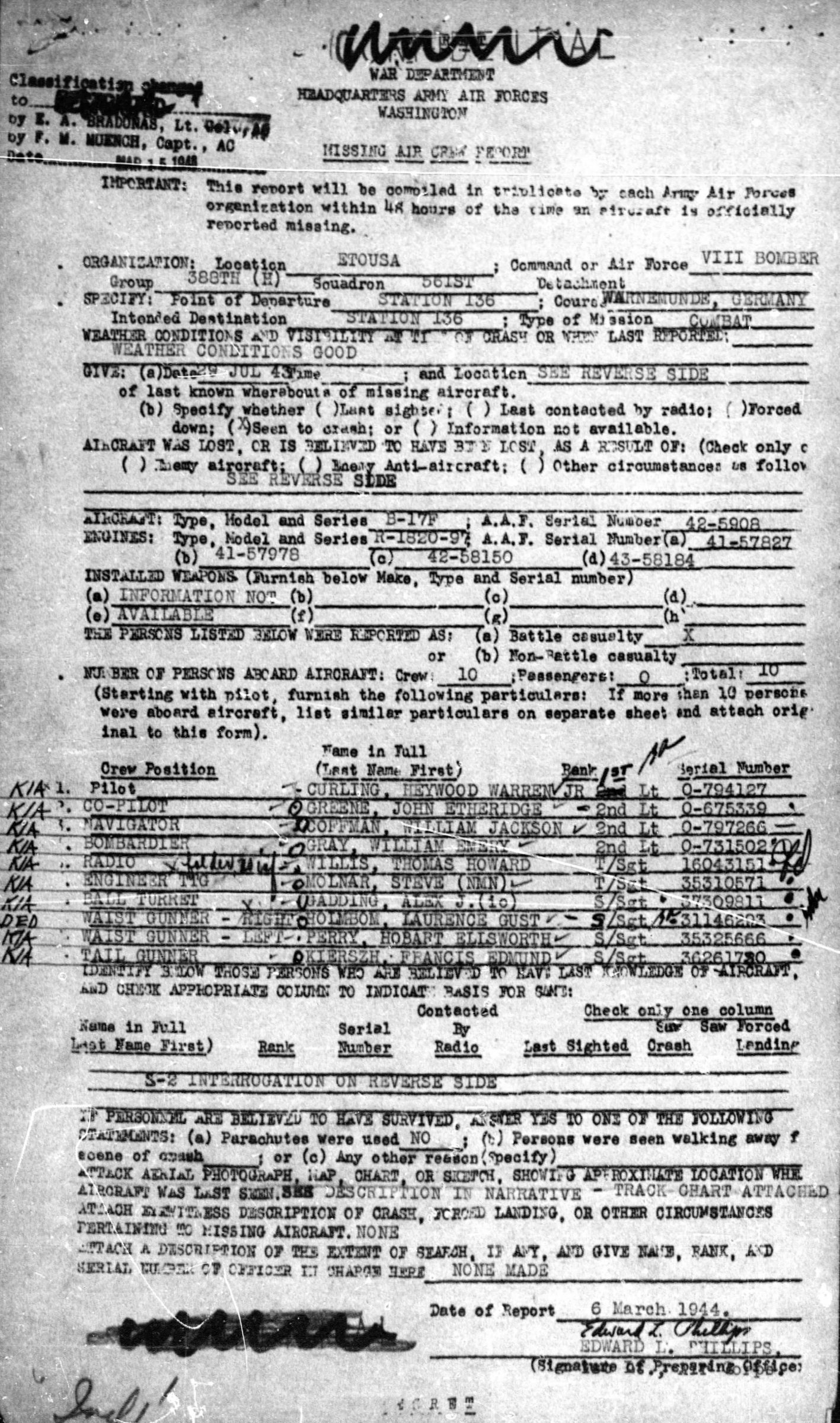 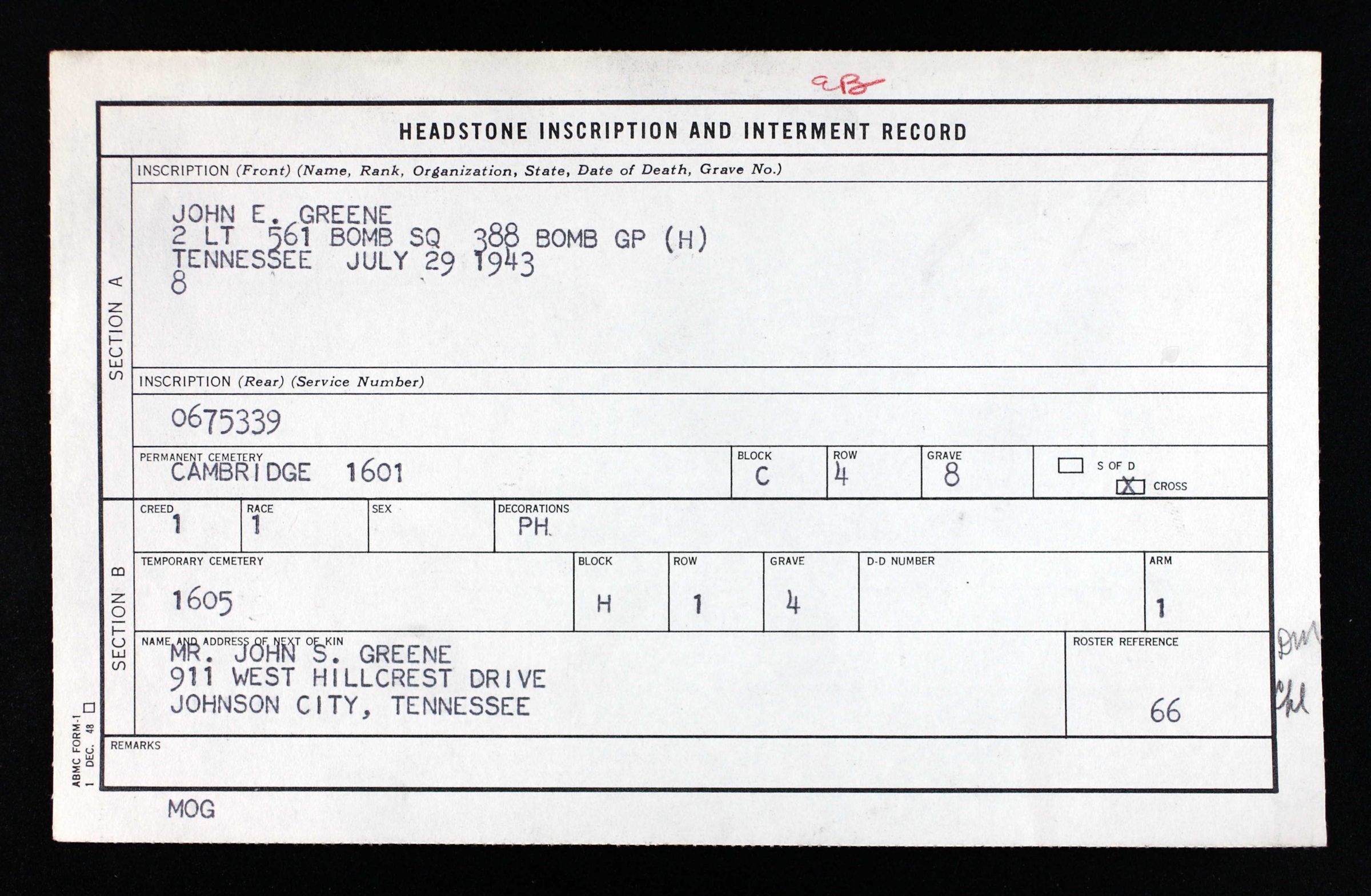 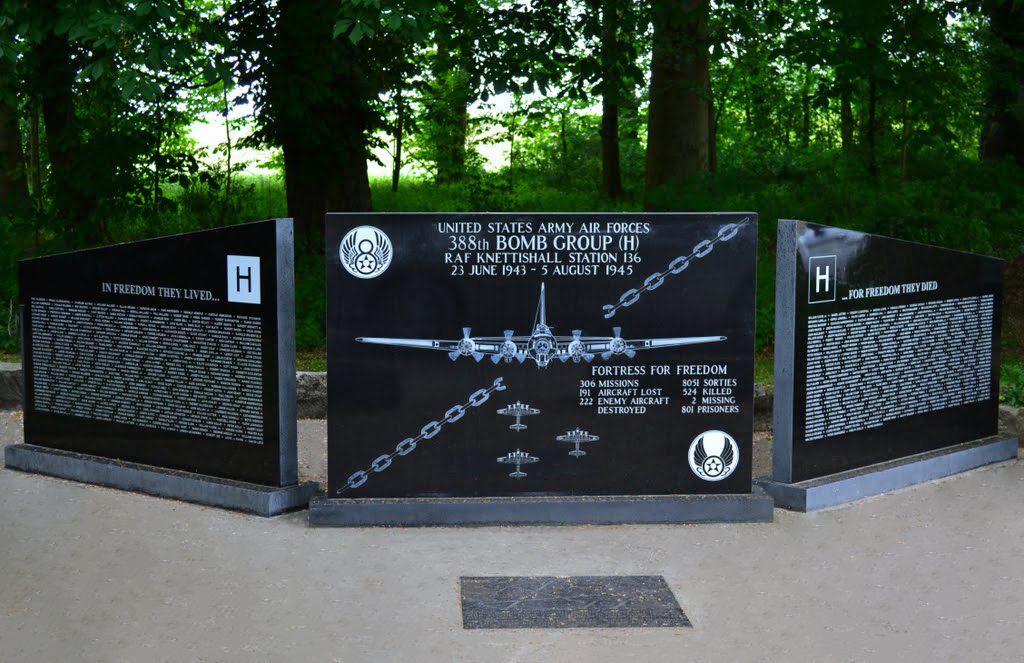 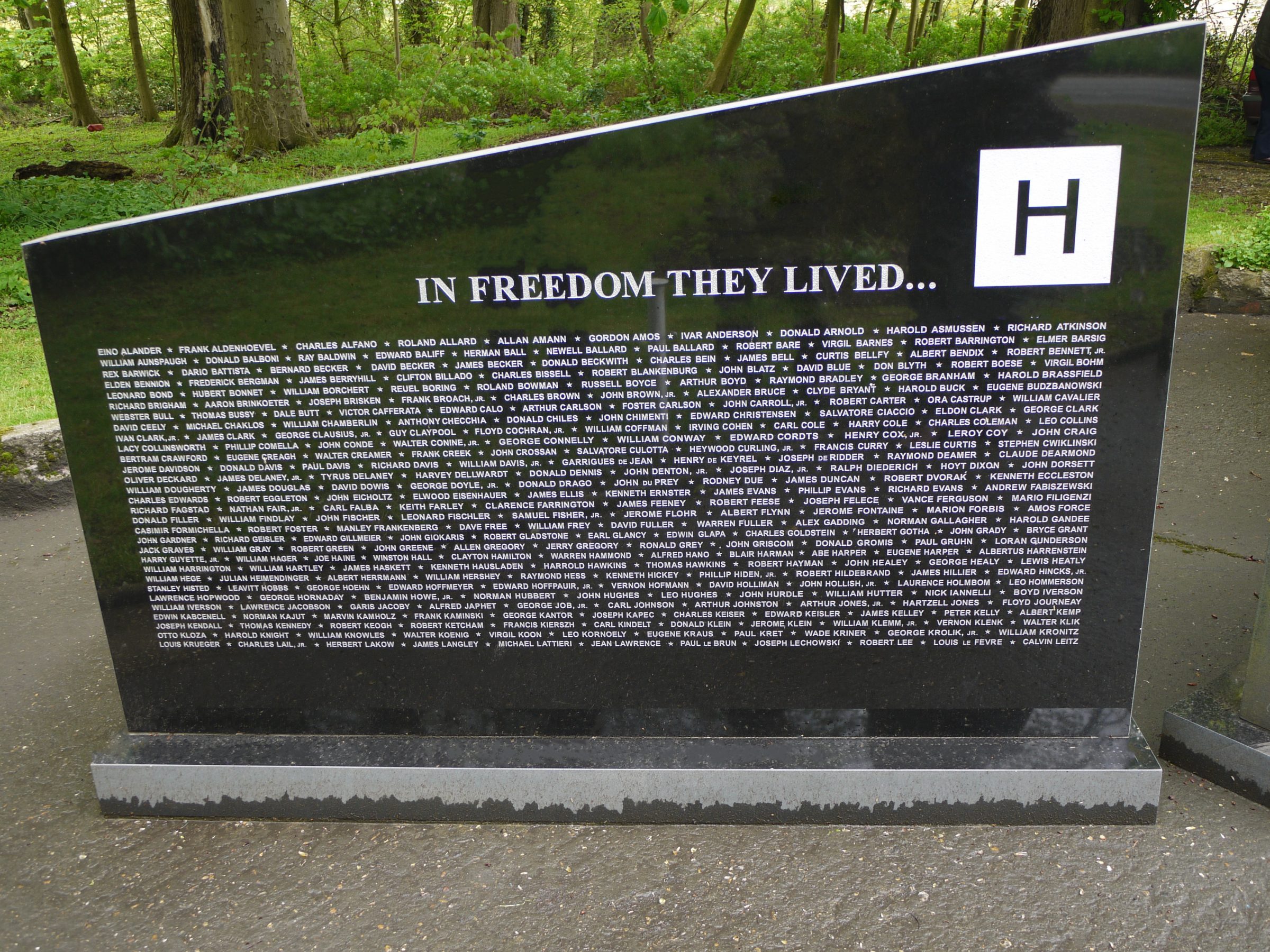 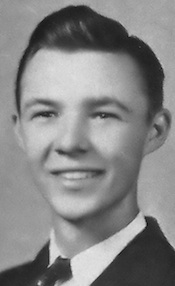