He was a passenger on aircraft C-47A with serial number 42-100819. They departed from Upottery, Devon, England on a Para-drop to France.

Returned from Blosville-Carentan, France. He is buried at the Chattanooga National Cemetery, Y, 440.

A Normandy association, the ASSOCIATION PICAUVILLE SE SOUVIENT, located in Picauville France is a few miles from the crash site of the C47. By brother was also aboard the plane. The above named association has set up a memorial to those who died on that flight. In addition, a French woman has purchased the crash site land and is in the process of building a memorial to the flight crew and paratroopers aboard the flight. She, assisted by a retired US army colonel, are attempting to locate relatives of all who were aboard the flight. My brother’s name was SALVATORE LAFERRERA. I would be honored to share all the information I have concerning the above. Richard Laferera lapio2002@verizon.net tel: 443 942 2251 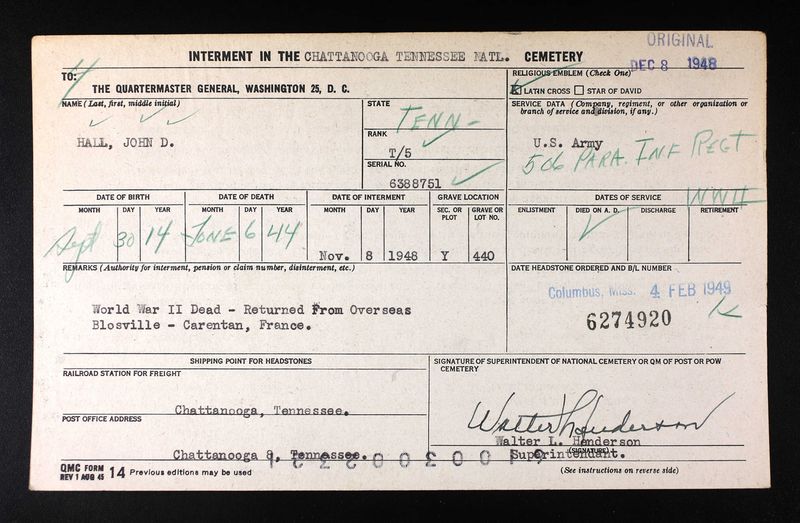 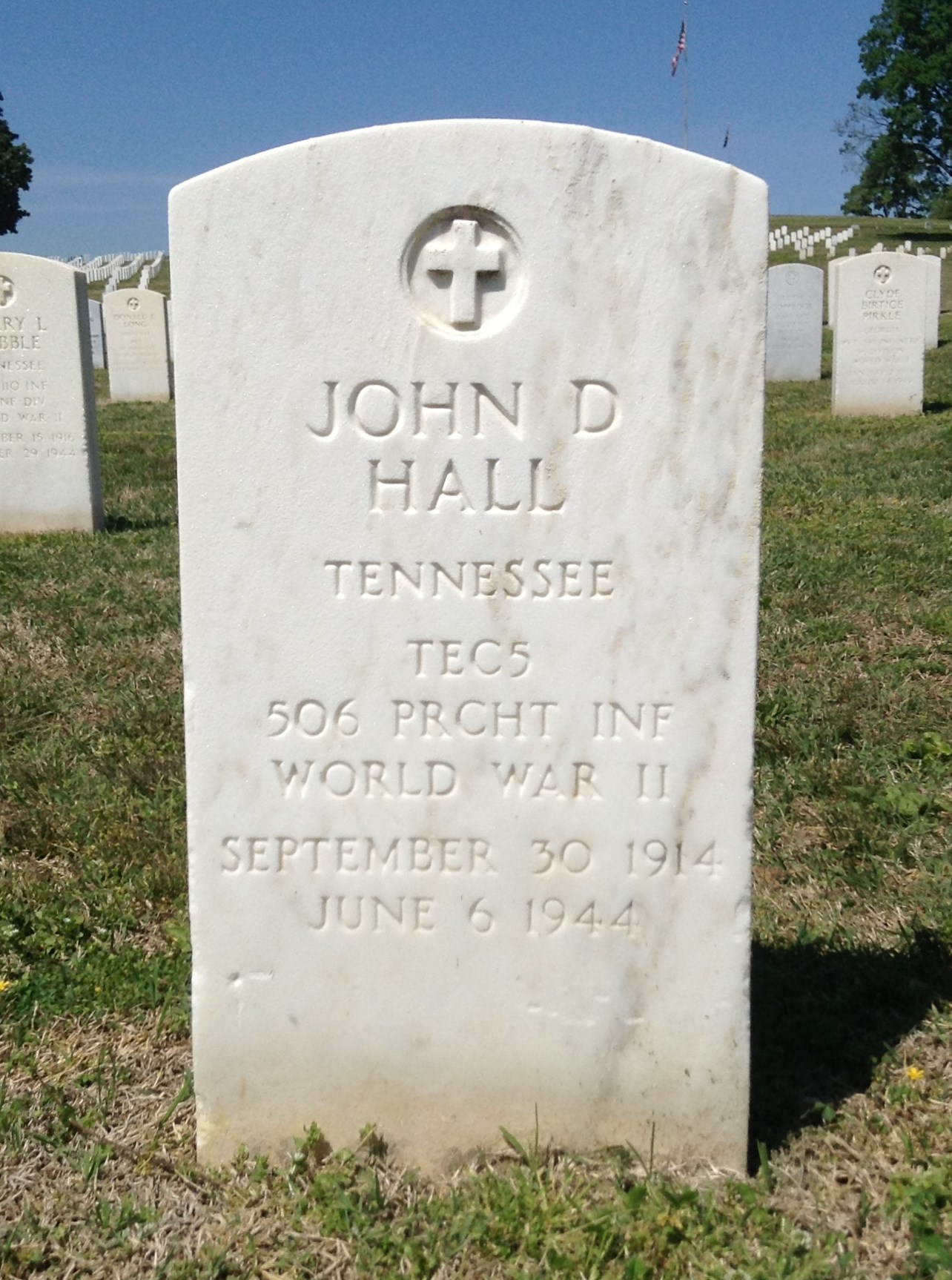 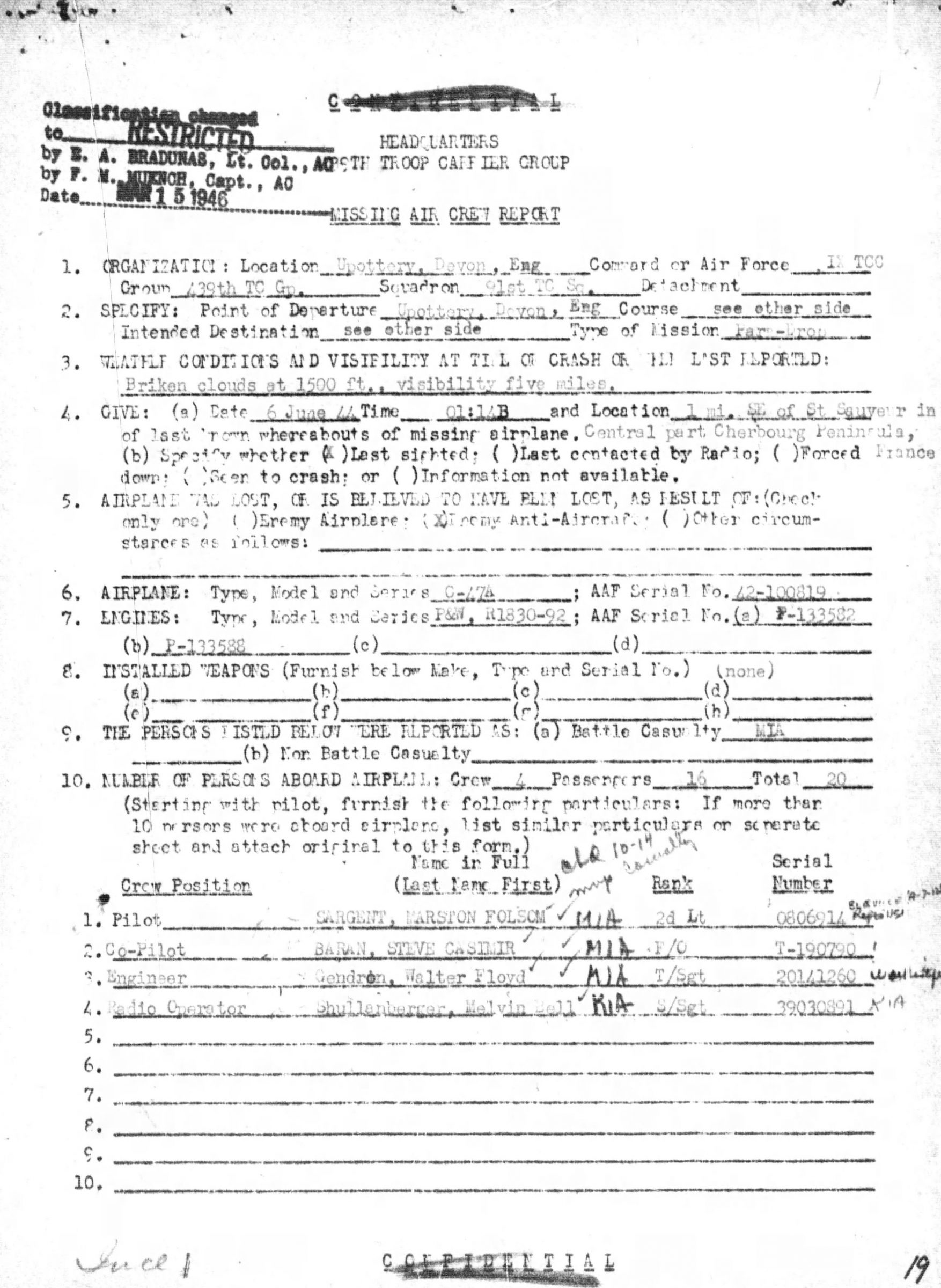 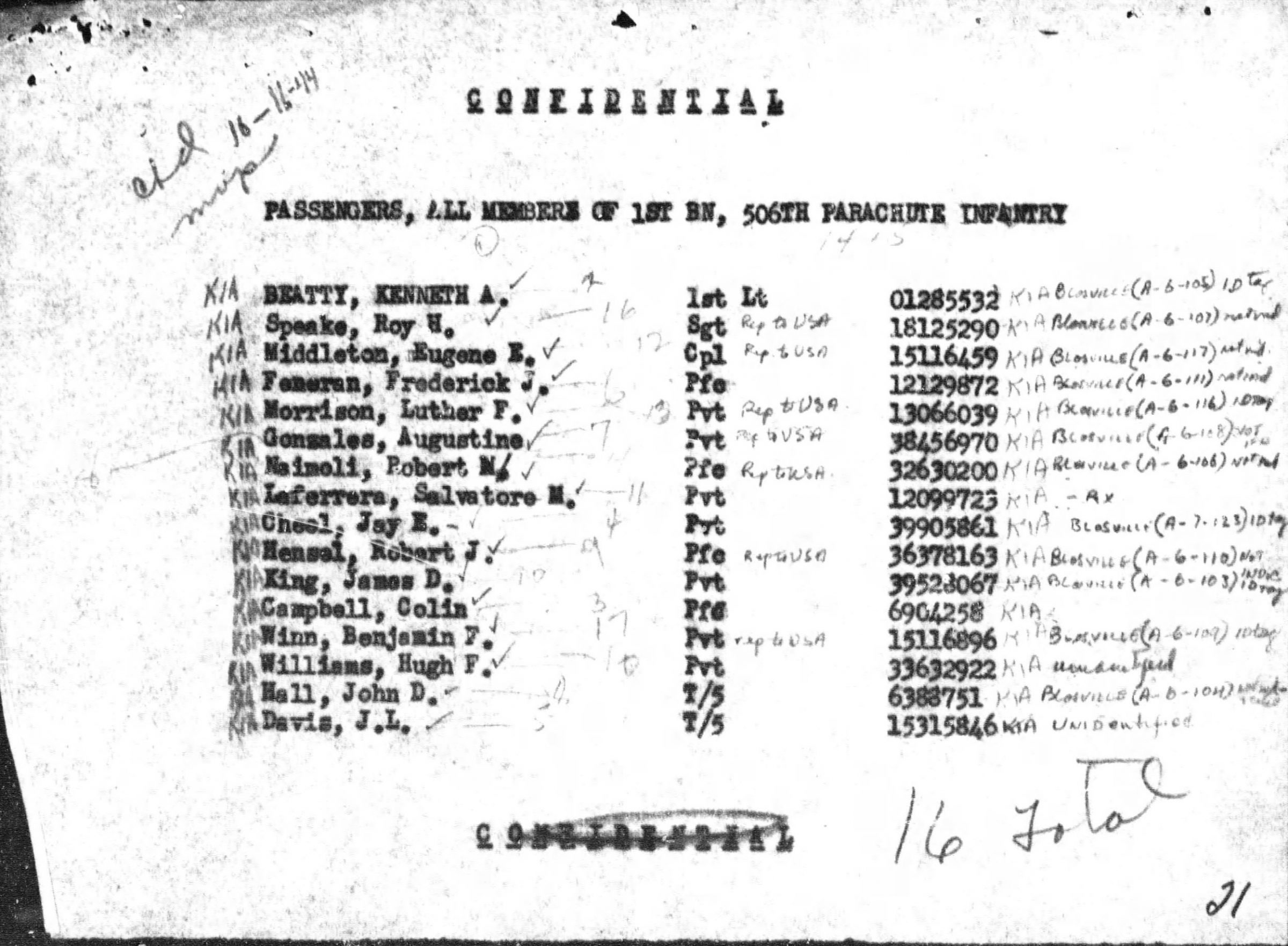