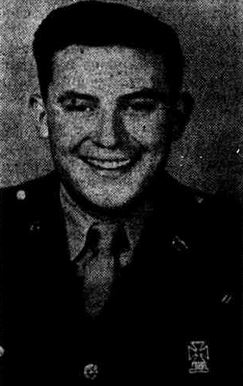 The LaFollette Press, November 9, 1944
The War Department has now notified Mr. and Mrs. Lee Richardson of Jacksboro, Rt.2, that their son, Pfc J.C. Richardson, who was formerly reported missing in action in France, died August 30, 1944.
Pfc Richardson, graduated at Jacksboro High School in 1943 and entered service in December of the same year. He was in the Infantry and received his training at Camp Croft, S.C. He went overseas in June 2nd, was in England for a short while and was sent to France the latter part of July. He is survived by his father and mother; six brothers, Cpl Otis Richardson, now in France; Cpl. James E. Richardson, in India; Judson, of Cincinnati, Ohio; Worth, Jr. and S.D., all of Jacksboro Rt.; two sisters, Mrs. George Pierce, Westbourne, Tenn. And Mrs. Oscar Chadwick, Cincinnatie, Ohio and his grandmother Mrs. Isabell Gaylor. 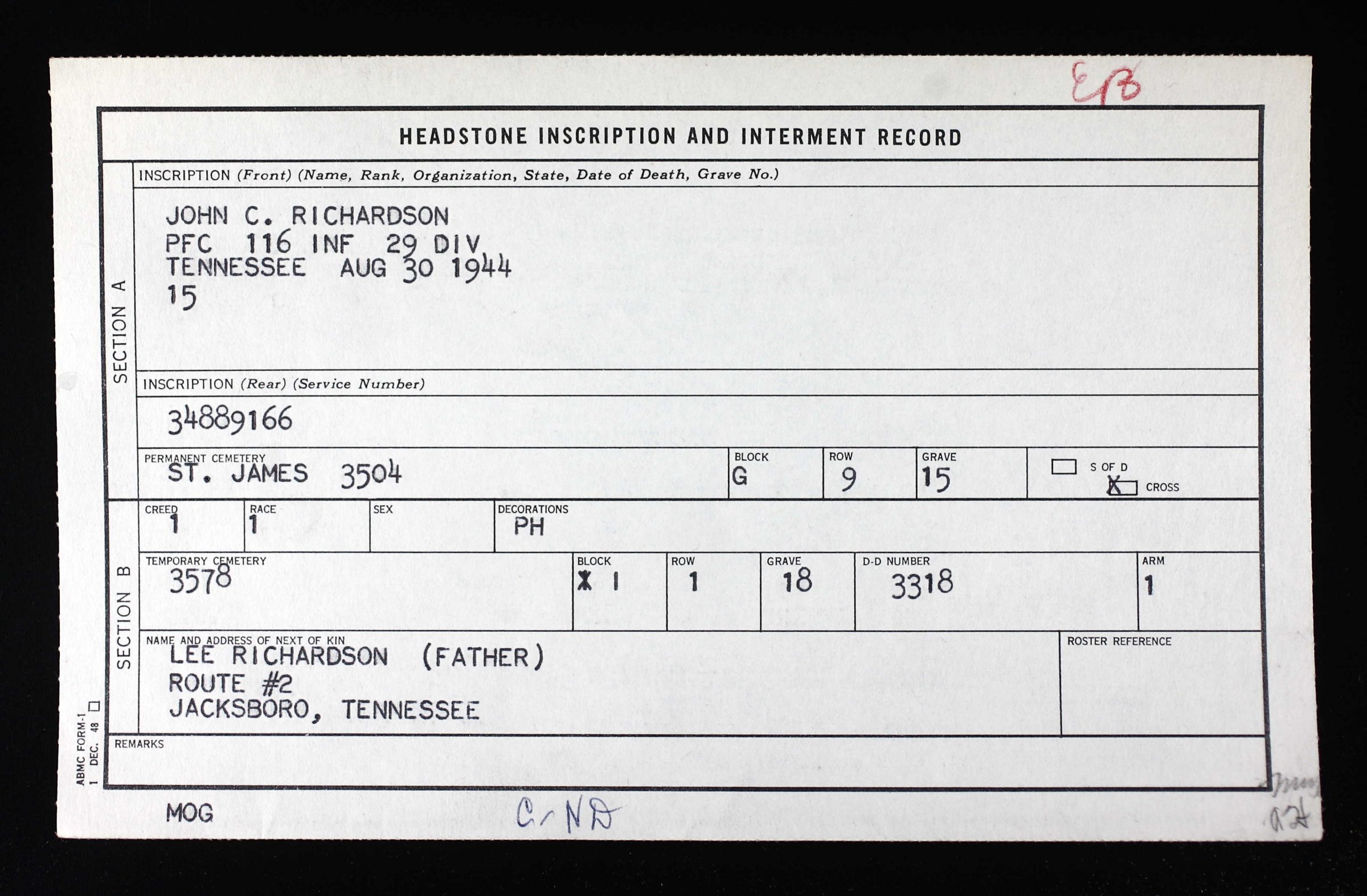 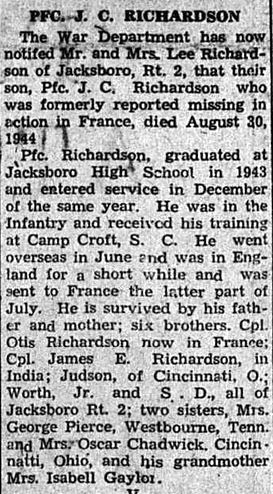