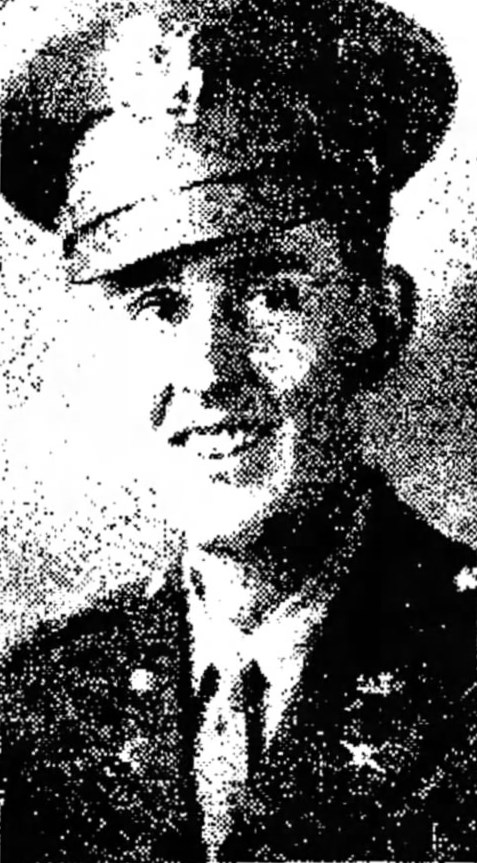 First Lieutenant Myers was a member of the 5th Cavalry Regiment, 1st Cavalry Division. He was Killed in Action while fighting the enemy in South Korea.

Kingsport Times, 2 April 1951
First Lieutenant John C. Myers, 1613 Nebern Road, has been killed in action in the Korean fighting, the Department of Decense said.
Lt Myers entered front line combat with the First Calvary Division eight days before his death. He reported for active duty December 17, 1950. He left for overseas duty January 30 and had been heard from as late as March 11. He was reported killed March 20.
A former salesman for the Ryerson Steel Company in Cincinnati, Ohio, Myers had made his home in Kingsport for the past four years.
Surviving are his wife, Mrs. Myers and 18-month-old son Douglas.
Myers was a member of the Waverly Road Presbyterian Church. 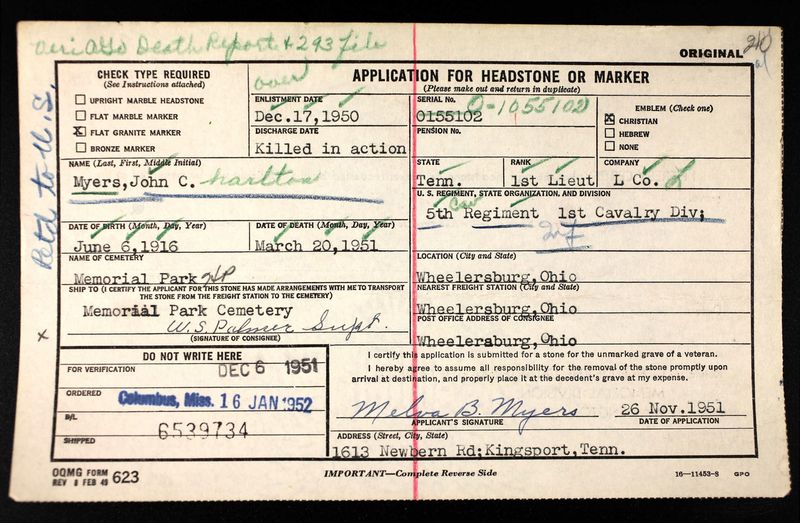