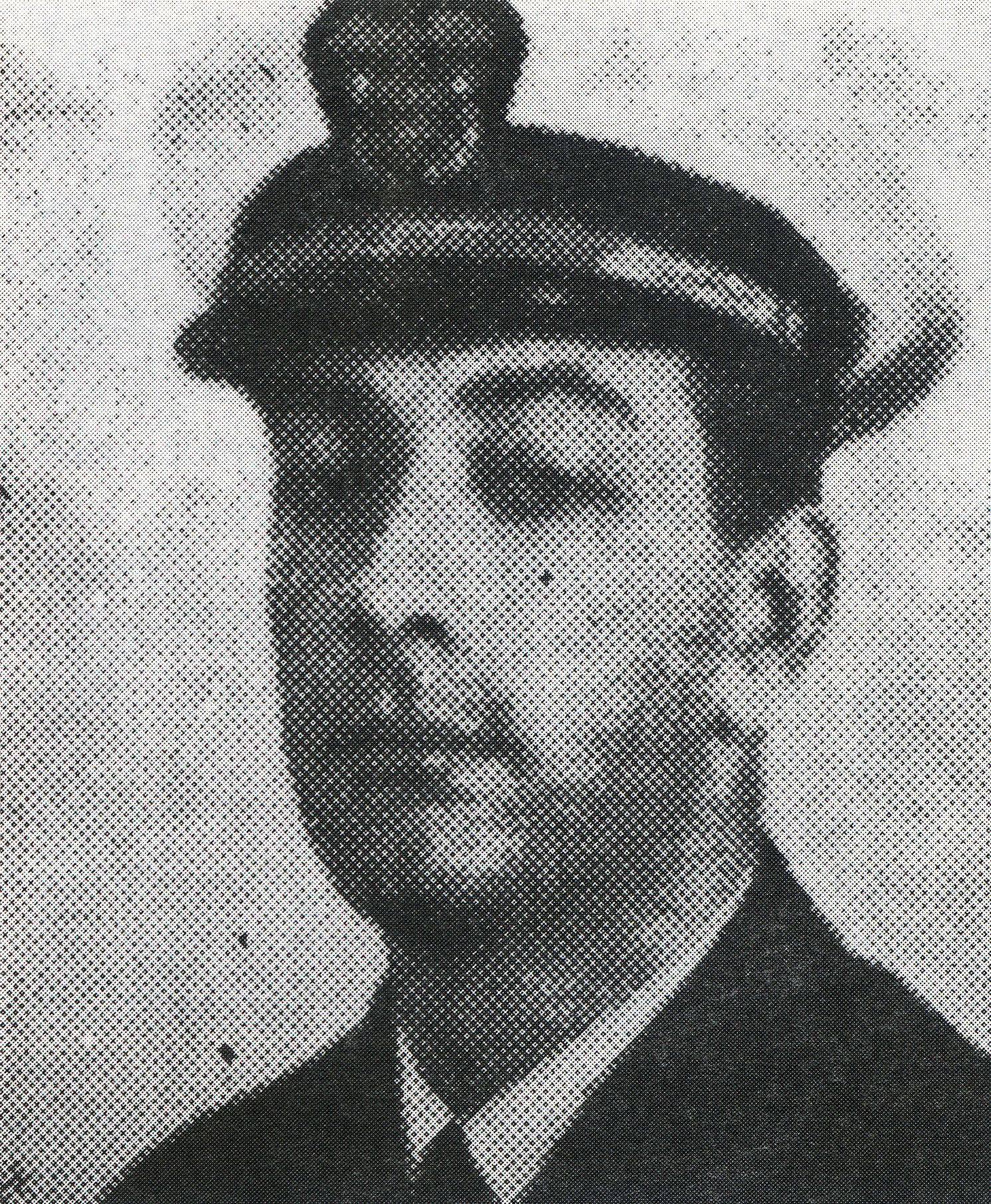 The Kingsport News, 23 March 1943
Ensign John Chad Gillenwater, 24, died Saturday in the U.S. Naval hospital in Newport, R.I.
Son of Mr. and Mrs. J.A. Gillenwater of Kingsport, Ensign Gillenwater, who had been in the navy two and a half years, was an instructor at the New London, Conn., training station.
He was born in Norton, Va., where he graduated from high school. A graduate of Milligan College, he worked at Eastman and Mason-Dixon during summer vacations of his under-graduate days.
A member of the Methodist church of Norton, he is survived by his parents and one sister, Mrs. B.C. Wolfe of Kingsport; two brothers, J.K. Gillenwater of Kingsport and First Liet. J.B. Gillenwater of Anchorage, Alaska. 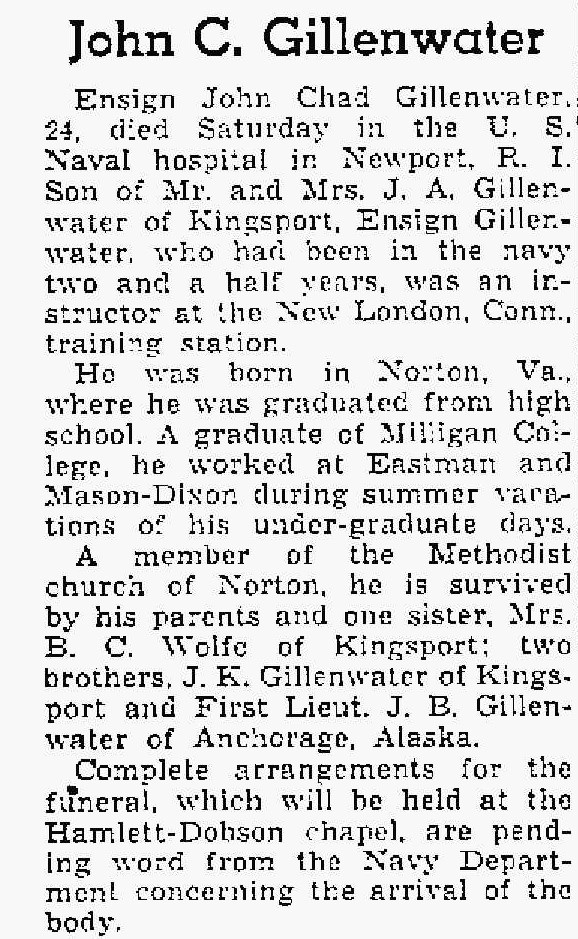 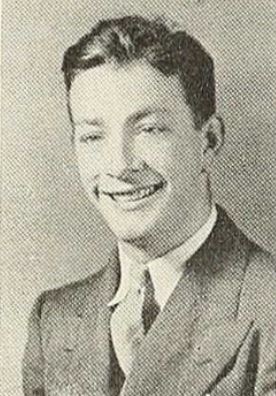