Corporal John Cecil Clifford was born in 1906 in Knoxville. He was the son of Patrick Joseph Clifford and Mary Ellen Beets Clifford. He was the brother of Leo Clifford, Anna Clifford Honohan, James E. Clifford, Genevieve Clifford, and Mary K. Clifford, who died as a child. His family had strong Irish ancestry with his grandparents being native Irish and his sister marrying a man born in Ireland. In 1920 until at least 1930, he was living in an Irish neighborhood in Knoxville with his parents; his aunt, Maud Beets; his brother, James Clifford; his sisters, Genevieve Clifford and Anna Honohan; and brother-in-law, John Honohan. As teenagers, John and James worked as hired farm hands, but by 1930, John was working as an office clerk for the railroad company, where his father and brother-in-law were also employed. Prior to joining the military, he had one year of college education.

Corporal Clifford was residing in Anderson County when he enlisted in the military on July 14, 1942 in Fort Oglethorpe, Georgia. He died at Fort McPherson, GA on 19 April 1944.

The Clinton Courier-News, April 27, 1944
Cpl. John Cecil Cifford, 37, who had made his home on RFD 4, Clinton for the past 12 years died of a heart attack Wednesday, April 19, at Fort McPherson, Atlanta, Ga. He was the son of the late Mr. and Mrs. Pat J. Clifford.
Cpl. Clifford was a member of the Church of the Holy Ghost. He entered the Service July 15,  1942 and was recently awarded the Good Conduct Medal. Before Service duty he was an employee of the TVA at Norris. Surviving are two brothers, Leo of Knoxville and Cpl. James E. Clifford in the Army stationed overseas; two sisters, Mrs. John Honahan and Mrs. Frank Richmond, both of Knoxville and one aunt, Miss Maude Beets.
Funeral services were held Saturday, April 22 in Knoxville. Burial was in Calvary cemetery. 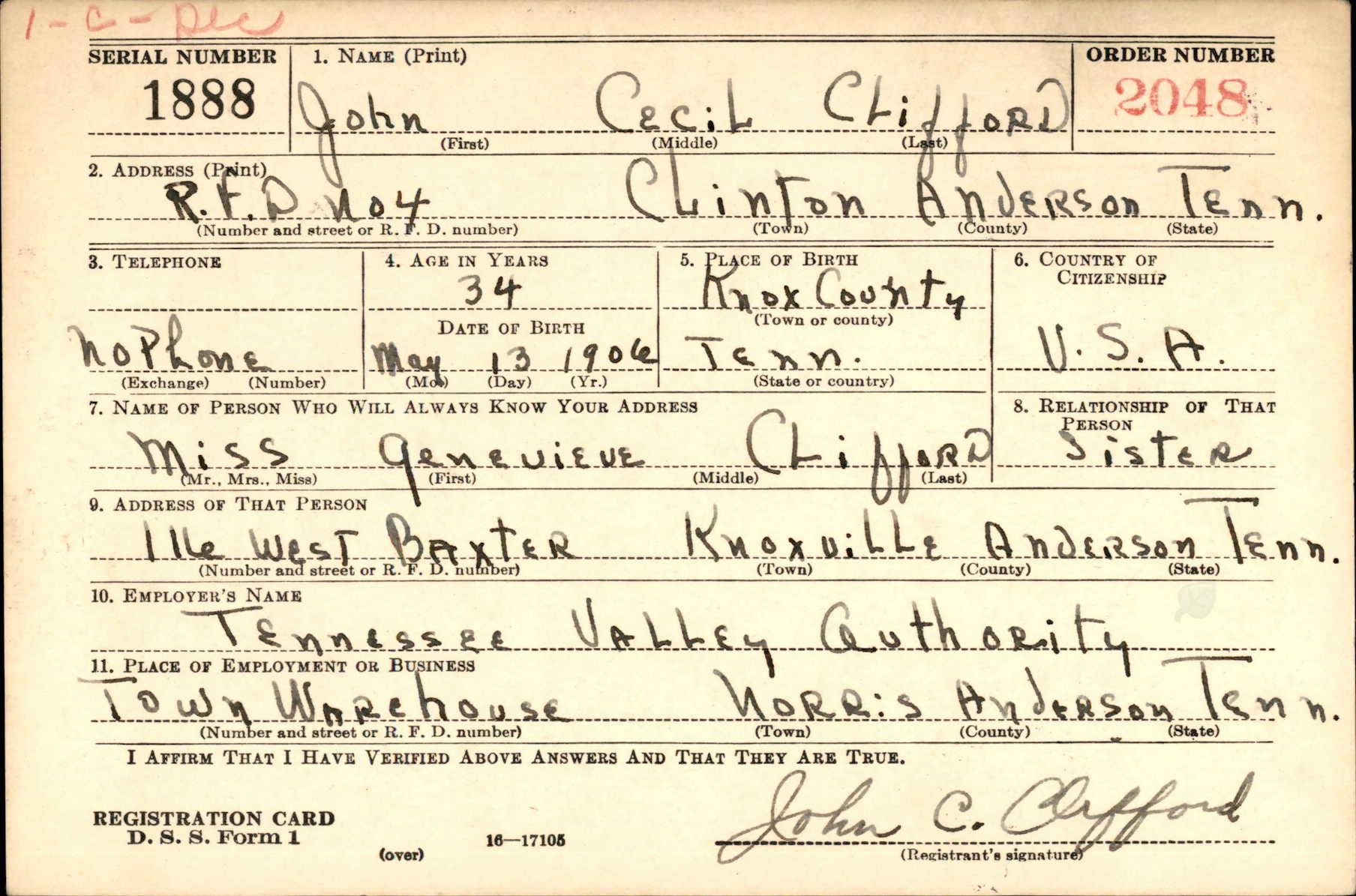 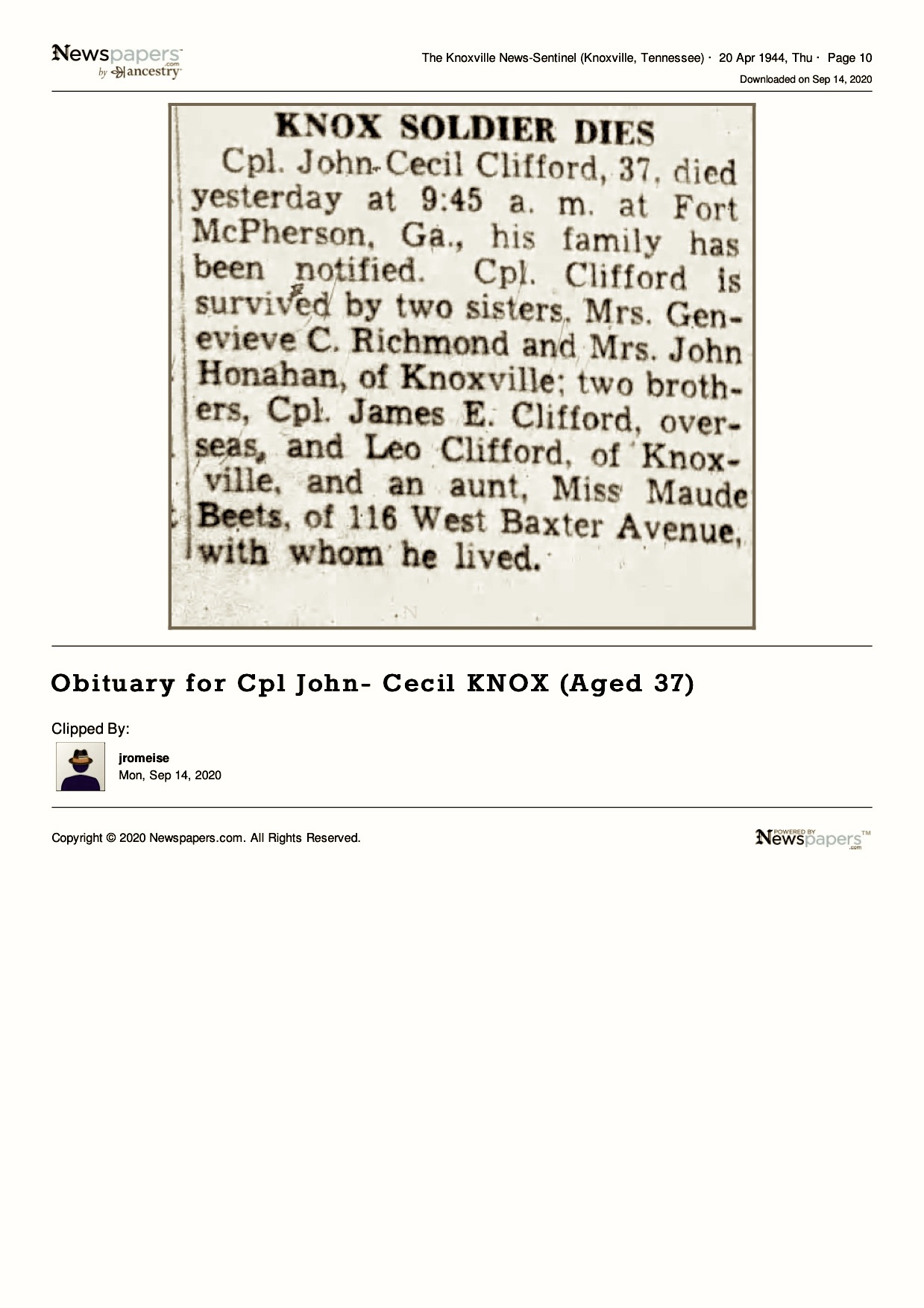 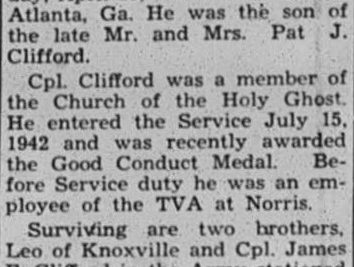