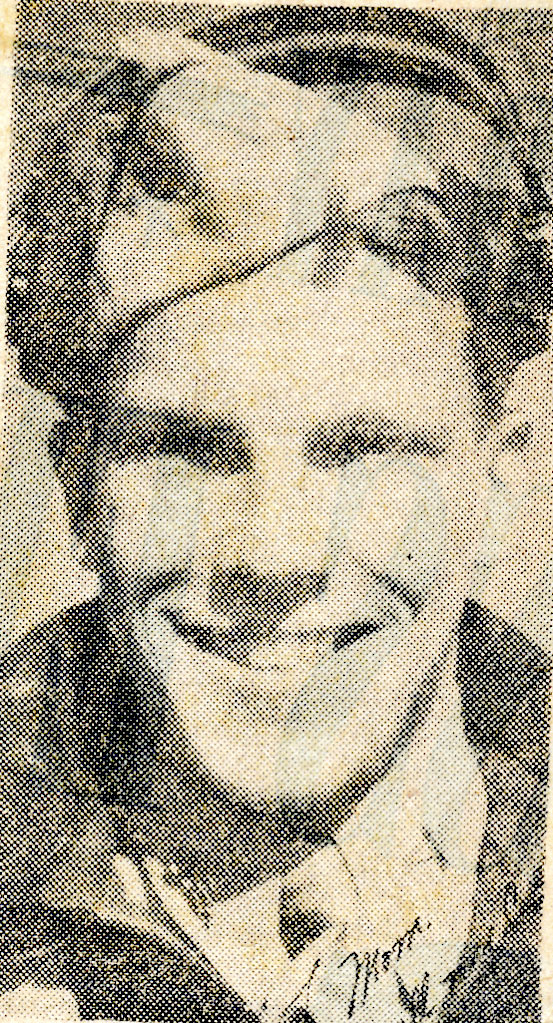 John Burch Selman, born March 15, 1920 in Wadley, Jefferson County, Georgia, was third of the four sons born to Roland Wooten Selman and his wife Augusta Dasher Burch. While still a boy his family moved to Chattanooga, Tennessee and it is here that he grew up. His dad helped organize Chattanooga’s Northside Baptist Church and was its pastor for many years.

Official Notice .Dear Mr. And Mrs. Selman:.It is with profound regret that I must confirm my telegram of recent date announcing the death of your son, second Lieutenant John B. Selman, 0-668 650 Air Corps..An official casualty report received in this office stated that your son was missing in action, on June 12, 1943, in the vicinity of Lampedusa Island. Additional information now received from the Commanding General of the North African Area states that the status of Lieutenant Selman has been changed from missing in action to killed in action, in 12 June 1943. Should further particulars be received in this office, you will be notified immediately..I sincerely regret that this message must carry so much sorrow into your home. May the thought that he gave his life heroically in the service of his county be of sustaining comfort to you..Please accept my deepest sympathy in your great loss..Sincerely, .J.A. Ulio.Major General.The Adjutant General.EXCERPTED LETTER FROM SQUADRON OFFICER LT. W.E. ECKENROD ABOUT SELMAN’S DEATH.“We were in the very middle of a campaign on a small island – not this place [Sicily] and not Pantelleria. We were pounding them all day long and every pilot felt he was doing his share and more to win the war. They were, too. He crashed just off the island, his body was recovered and he was given a decent burial by the English, who moved in the next day..He was one of the best pilots in the squadron – a good man physically and morally. All the officers and enlisted men liked and respected him.”. 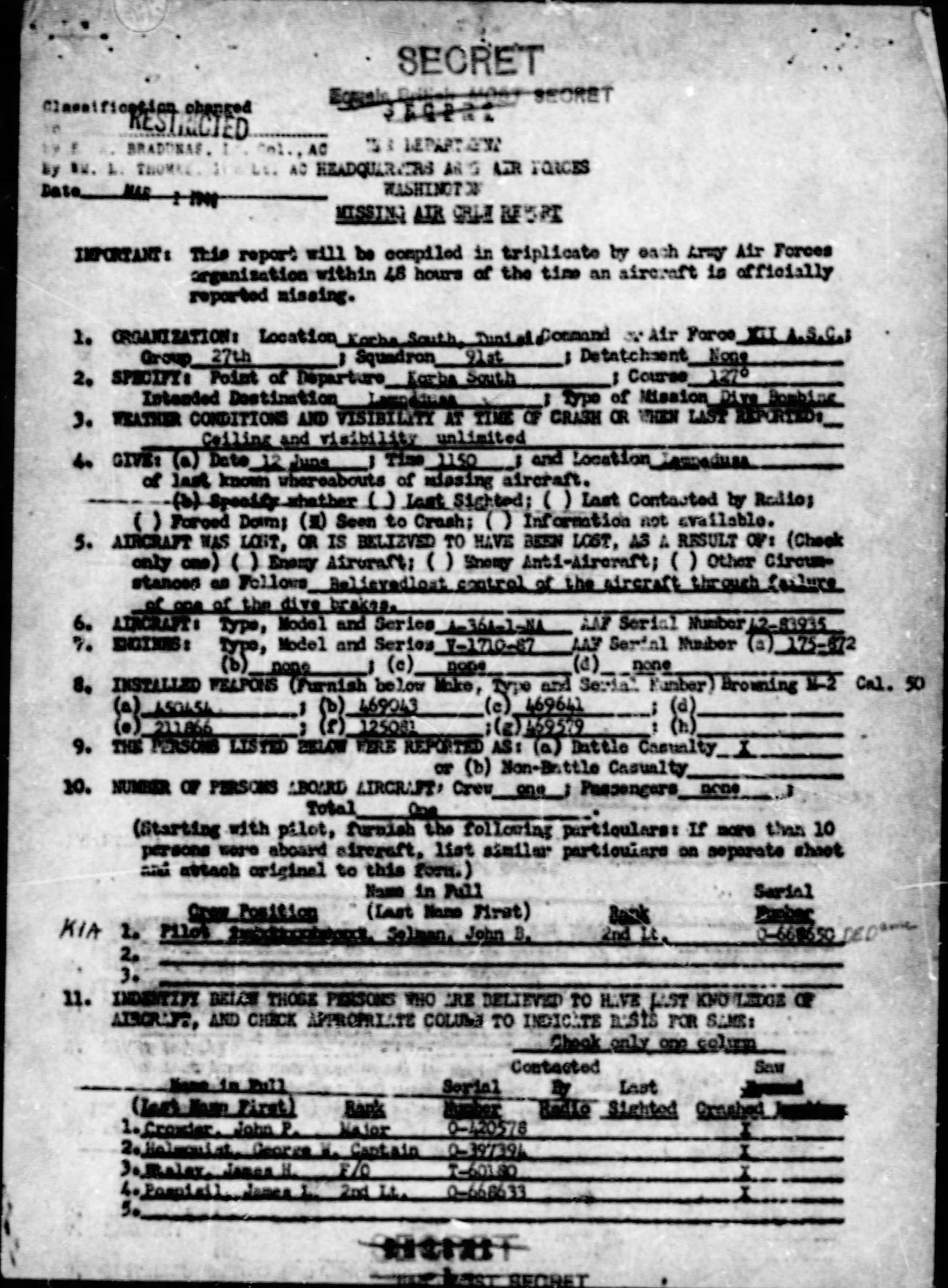