John B. Johnson was born in 1916 in Wisconsin

After the war, he was repatriated back to the United States and funeral services were held May 25, 1949, at Detroit Avenue Baptist Church. He was buried following the service at the US National Cemetery, Knoxville, A, 5702.

The Knoxville Journal, 25 May 1945
Cpl. John B. Johnson, 29-year-old son of Mr. and Mrs. Ben C. Johnson of Route 9, Knoxville, was killed in action in Belgium on May 7, V-E Day, the war department recently notified his parents.
Formerly a Knoxville defense plant employe, Cpl. Johnson entered service two years ago and was serving with a combat engineer outfit when killed. A former Knoxville Journal carrier, he had been overseas two years.
In addition to his parents, he is survived by two brothers in service, Pfc. Carl Johnson in New Mexico, and Pvt Robert Johnson in Maryland; one sister, Mary E. Johnson of Knoxville and another brother, James U. Johnson. His father has been employed by University of Tennessee for 25 years. 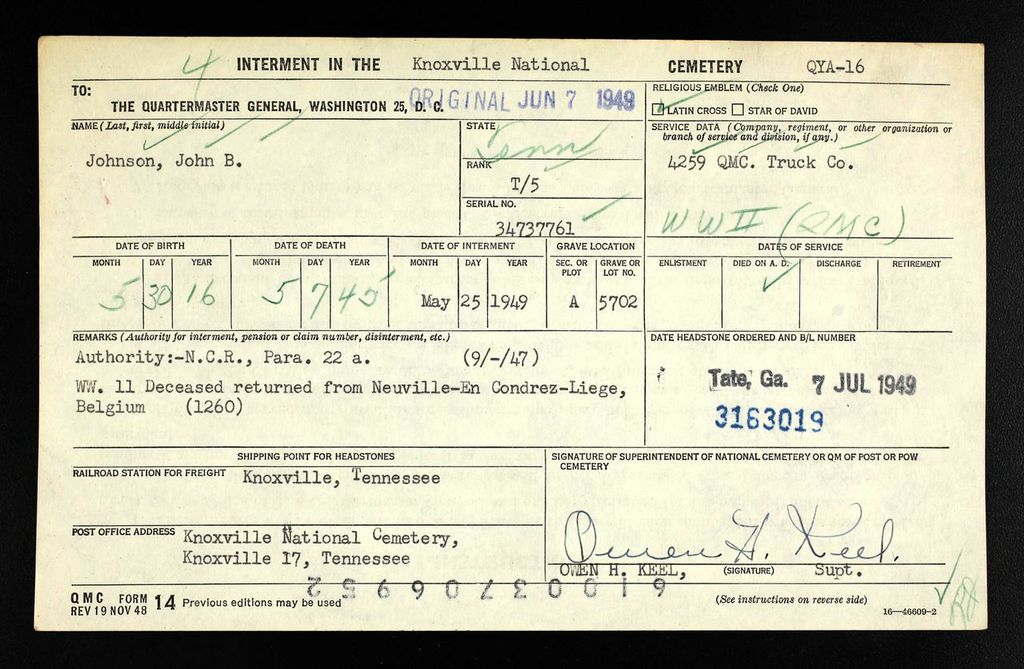 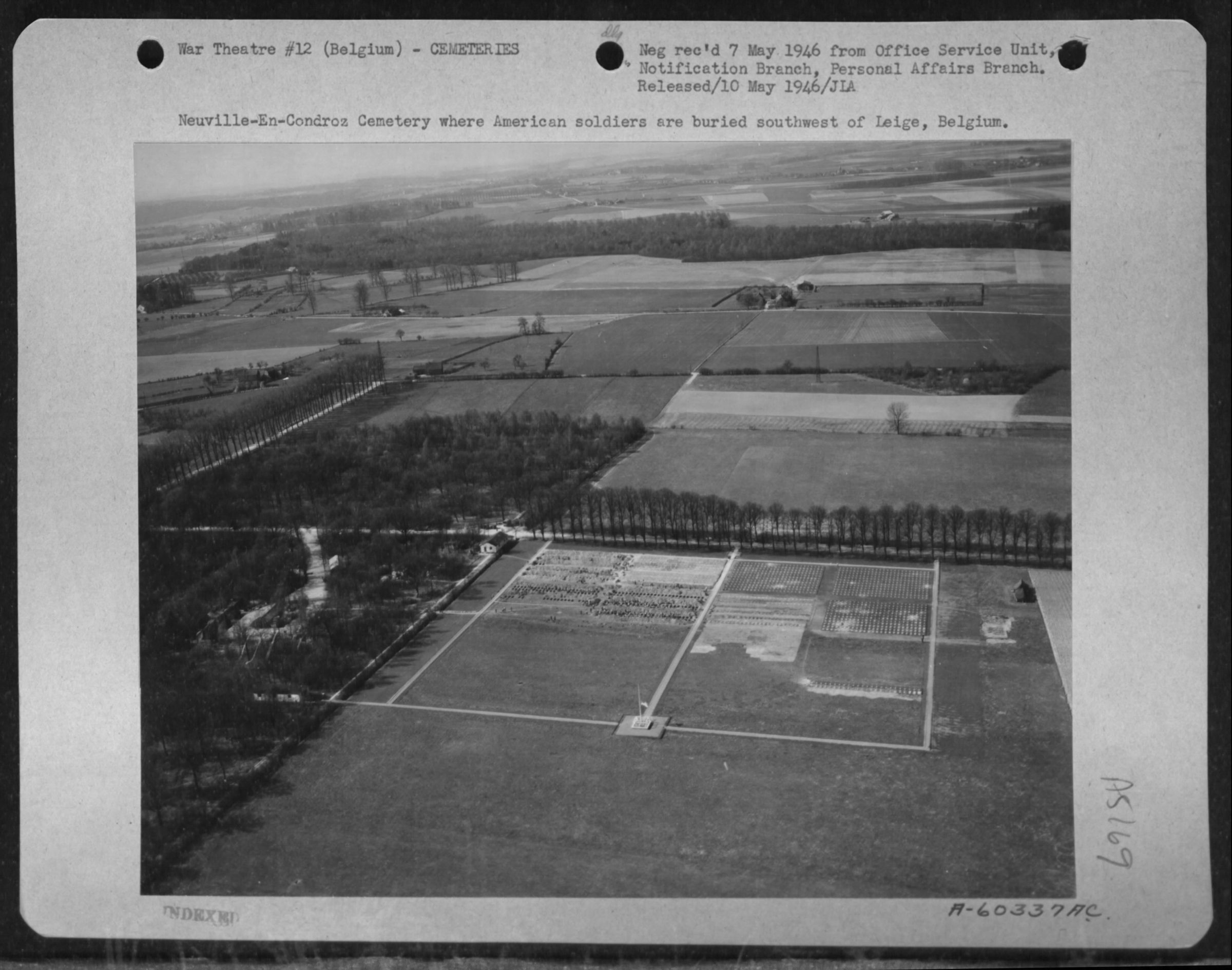