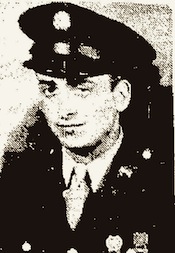 Staff Sergeant Gilley was killed somewhere in Italy. He had been overseas since March 1944. He served with forces that established the Anzio beachhead and was among the first to enter Rome.

News article The Kingsport Times, 4 March 1949
John B. Gilley Service Set
Memorial services for Staff Sergeant John B. Gilley, U.S. Army, who was killed in Italy July 4, 1944, will be held at Calvary Baptist Chruch. The Rev . Tom Carter of Gate City, Va. who was pastor of the church to which Mr. Gilley belonged, will have charge of the service. He will be assisted by U.S. Army Chaplain William C. Taggart.
The body, accompanied by military escort, will arrive in Kingsport at the Clinchfield Railway Station. The train will be met by an honor guard of the Charles DeWitt Byrd Post, VFW, and Mancel Kirk who was with Gilley at the time of his death. The body will remain at the Hamlett-Dohson Funeral Home until the hour of the service.
Survivors include his wife, Inez Stair Gilley, one son, John B. Gilley Jr., his parents, Mr. and Mrs. Loyd C. Gilley of Gate City, one sister, Mrs. George W. Francisco, Gate City and one brother, Jack Gilley, of Baltimore, Md.
Born and reared in Gate City, Gilley attended Midway High School and graduated with the class of 1937. Following his graduation he was employed at the Kingsport Press and later by the government as a mechanical engineer. He was inducted into the Army in August, 1943, and was sent overseas in February, 1944. He was awarded the Silver Star at Anzio and was with some of the first troops to enter Rome. It was near there that he was killed.
Following the services at Calvary the body will be taken to the City Cemetery where Hammond Post Number Three, American Legion, will be in charge of military services at the grave. 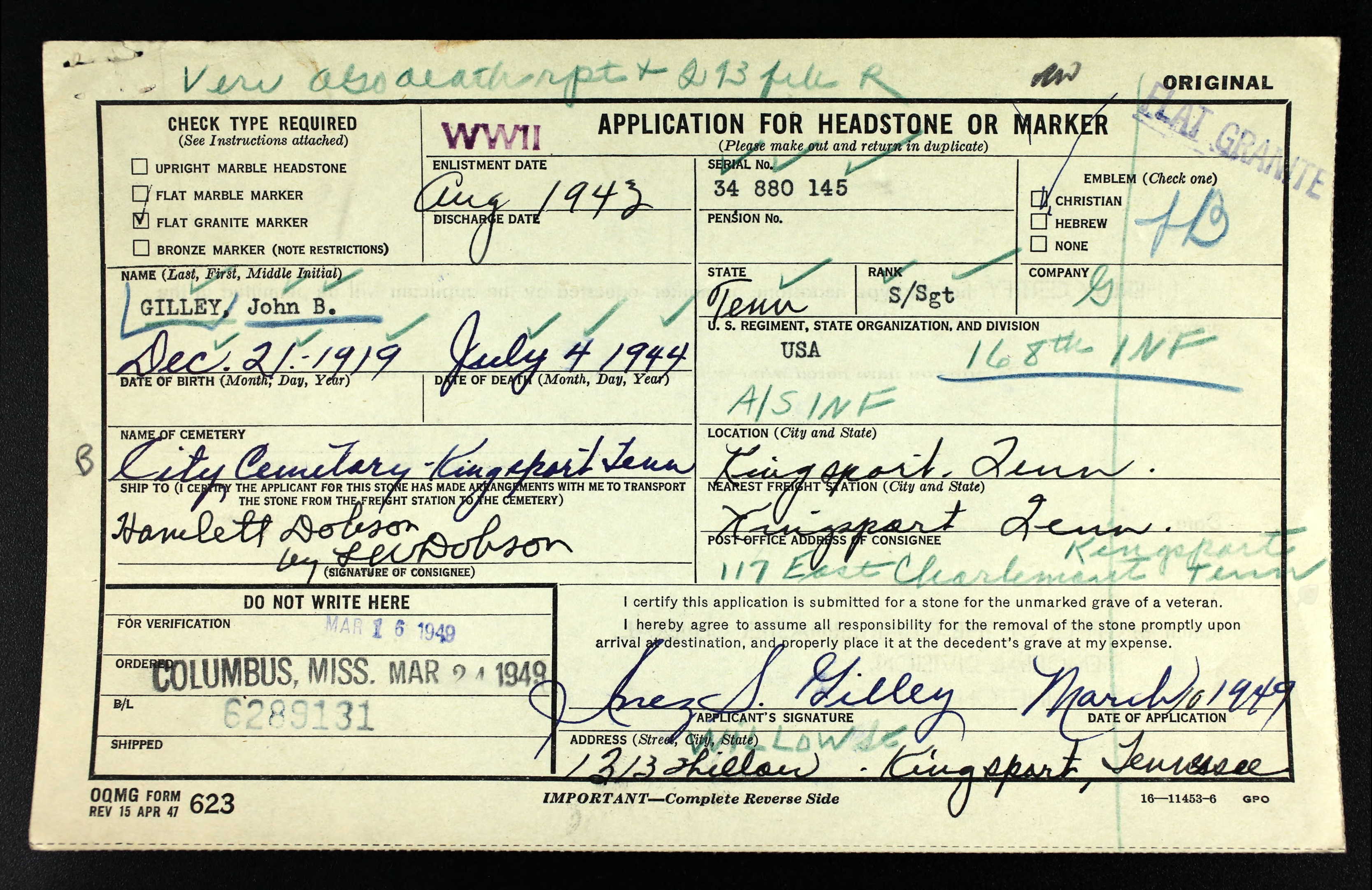 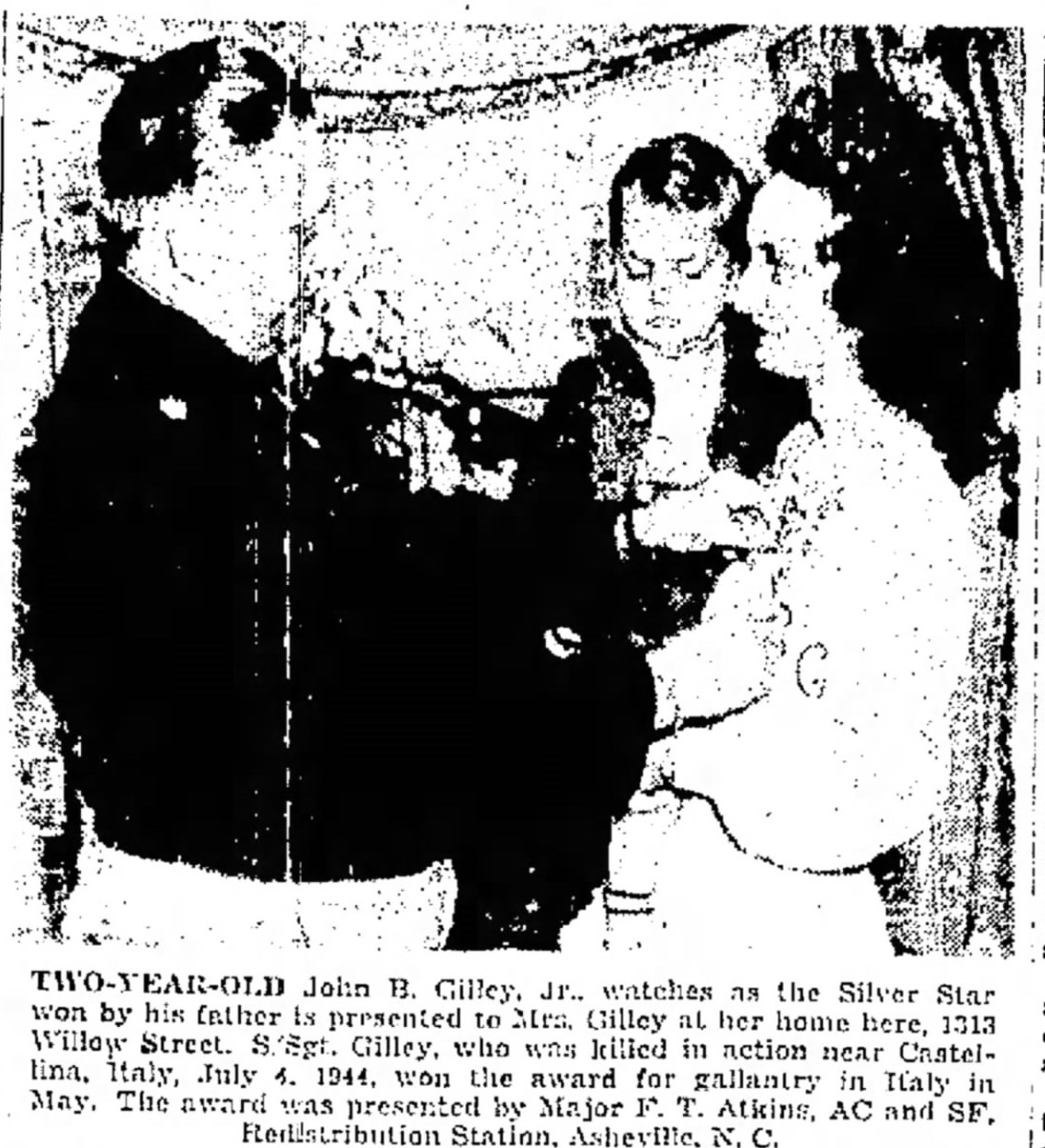