Second Lieutenant John B. Caldwell US Army Air Forces was assigned to the 721st Bomber Group, 450th Bomber Squadron Heavy flying a B-24 out of Manduria, Italy.

He was killed in action 28 February 1945 and is interred at G,3,20, Florence American Cemetery, Florence, Italy.

Aircraft B-24BX with serialnumber 41-28854 departed from Manduria Air Base in Italy on a combat mission to the Brenner Pass in Italy. The aircraft was hit by flak, causing the gas tanks to burst into flames and the plane to explode. They left the formation on the bomb run near Bresonne. 2nd Lt Caldwell was killed when the plane exploded.

Statement from Sgt Robert S. Mountain:
On 25 February 1945, our group was on a combat mission to bomb the railroad bridge at Isarco/Albes, Italy. I was flying as tail gunner in ship number 365 in the number two position of the first box in the first attack unit. Lieutenant Lee was pilot of a B-24HX type aircraft, serial number 41-28854 in the number three position of the same box. Approximately one minute before bombs away, Lieutenant Lee´s aircraft received a direct flak hit on the number four engine. I saw parts of the engine fly off and the engine caught on fire. The ship fell out of formation and up. Than the aircraft fell behind, dropped the right wing and lost about one thousand feet on altitude and straightened out. When I last saw this aircraft, she was under control, three engines were operating on full power, and heading due south. The fire on the number four engine was out. The altitude was approximately 22,500 feet. I saw no parachutes leave the aircraft. 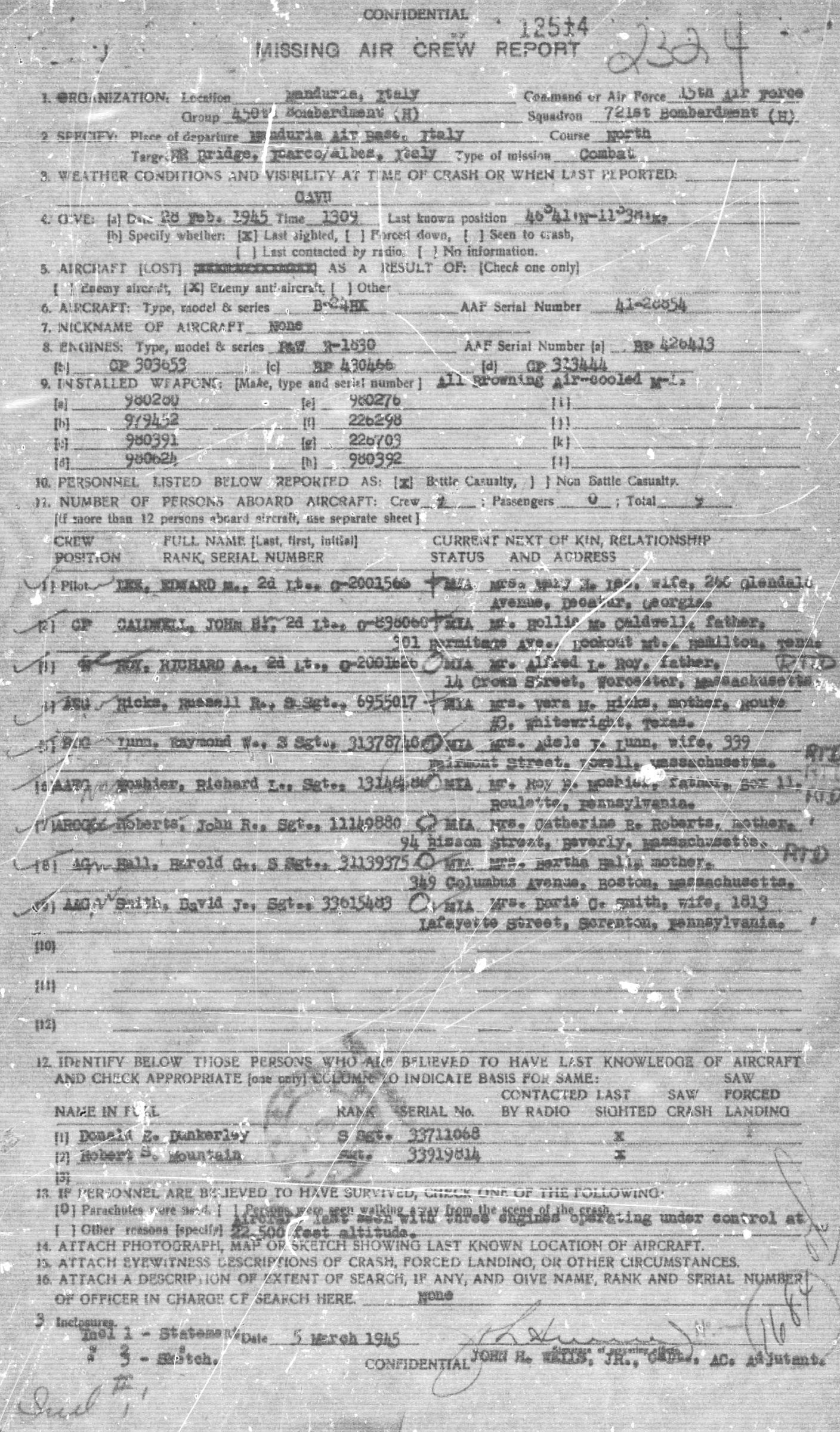 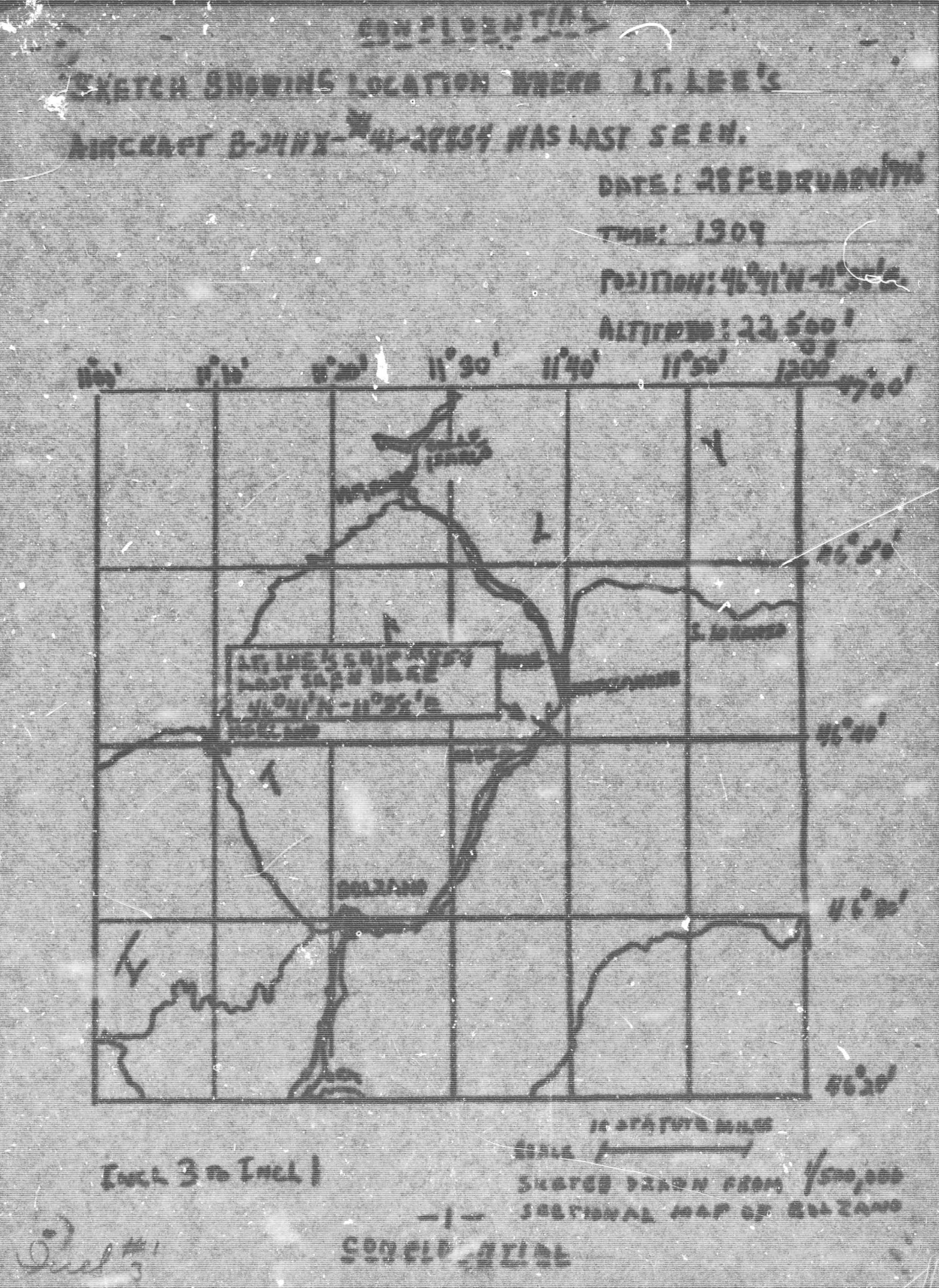 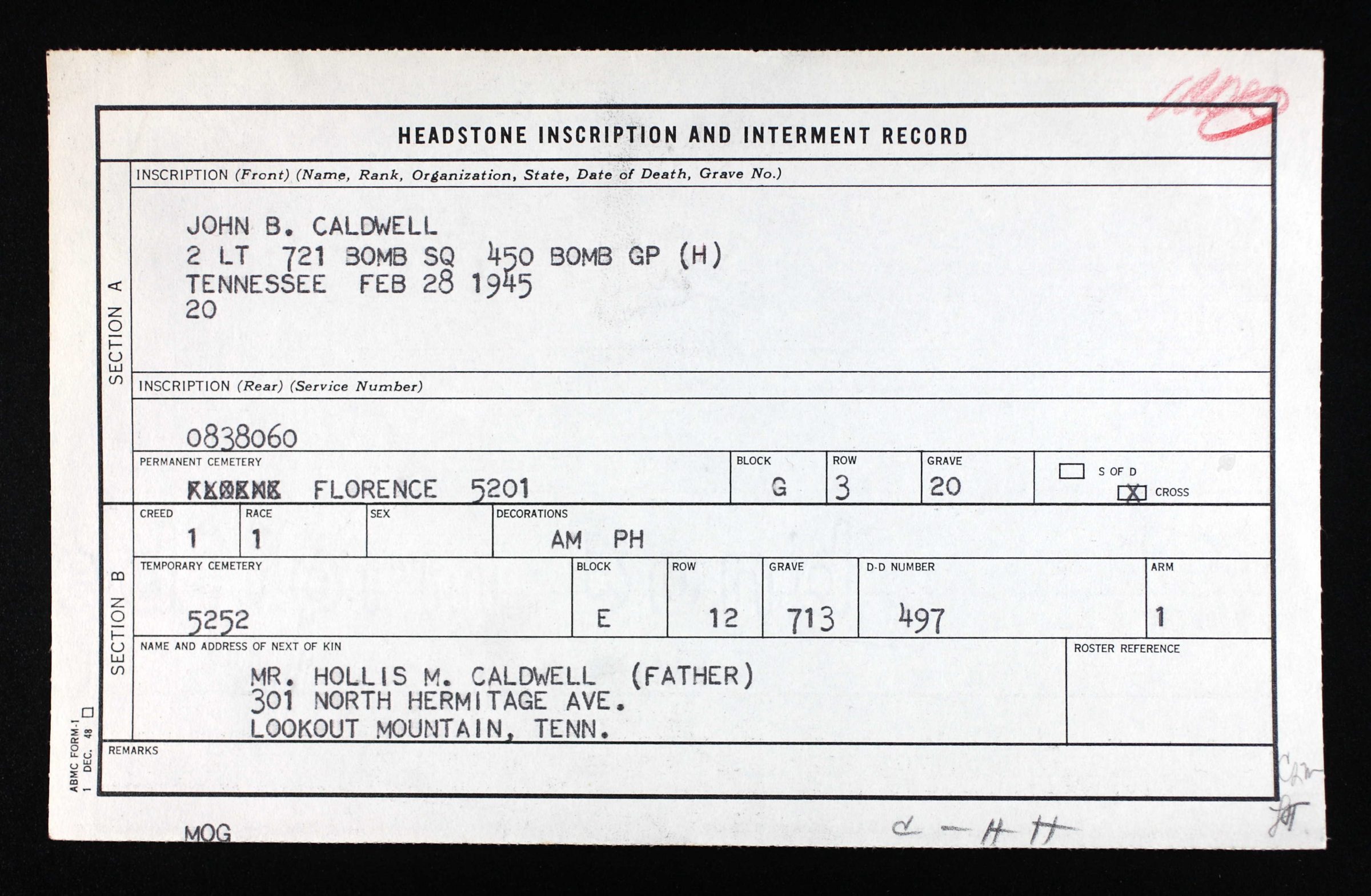