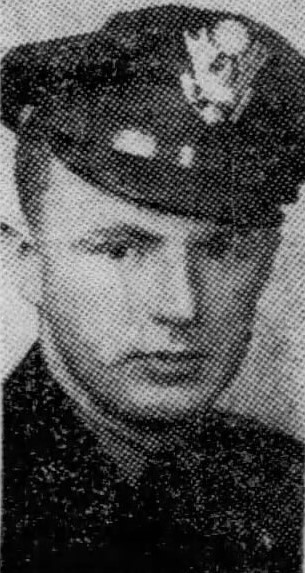 The Wilmington Morning Star, December 5, 1945
Portland, Ore., Dec. 4 – The bodies of four Army fliers were found today in the wreckage of a B-24 bomber, in the rugged hills of Cowlitz County, Washington.
An Army search party from McChord Field, Tacoma, found the plane, one of two which disappreared Nov. 1. Soldiers began a three mile trek to bring the bodies to a logging spur line, where they will be transported to McChord Field.
The bodies were not immediately identified. Earlier, however, the Army had announced that those aboard the bomber carrying four men were 2nd Lt. John A. Norris, Knoxville, Tenn; Flight Officer Robert C. McClean, Adams Garden, Harlingen, Tex.; Staff Sgt. John Sullivan, Dubuque, Iowa and Staff Sgt. Lowell Sauer, Bremerton, Wash. The other bomber carried five men. Hope for all nine was given up several weeks ago.

“I am just passing on some information I have on John A. Morris Jr. T65565. Like my father 2D LT Gilbert W. Milam T65876 killed on June 15, 1945 piloting a B-24 Bomber during combat training at Walla Walla, WA, John A. Norris Jr was killed in a separate B-24 crash. Both Gilbert and John were classmates from the Smyrna Army Air Field, Smyrna, TN January 1945. The Smyrna class went to Lemoore CA and from there John A. Norris Jr probably went to Walla Walla in February 1945. I assume the Norris crash was either in Walla Walla or possibly Lemoore, CA. John A Norris Jr died between Jan 1945 and the end of the War.”
–Submitted by John Michael Milam

The Knoxville News-Sentinel, December 4, 1945
Lt. John A. (Jack) Norris Jr., 22, son of Mr. and Mrs. J.A. Norris, 1607 North Hills Boulevard, apparently died in the crash of the Liberator bobmer he was piloting when it disappeared between Tacoma, Wash., and Portland, Ore., Nov. 1.
United Press announced today that wreckage of one of the two missing bombers has been found with all four crew members dead. And Mr. Norris, the father, said that Walla Walla Air Base officials notified him last night that the crashed ship found had been definitely identified as his son’s. However, Mr. Norris did not learn in the Telephone conversation that all crew members were dead.
The dispatch said the wreckage was found 16 miles from Silver Lake, Wash. The father today ran a finger over the map the parents have kept near them during the anxious days since their son’s plane disappreared on the one-hour flight more than a month ago. “Yes, Silver Lake is in a particularly rugged, unpopulated section of the Northwest. There may be some delay before we get the complete details,” he said. “The map shows that Silver Lake is 55 miles north of Portland and lied pretty much between Portland and Tacoma, which was Jack’s starting point,” Mr. Norris explained. “I’ve received news clippings from Portland which said the bombers were denied permission to land there. Apparently they had turned and were trying to get back to Tacoma when the cras occurred.”
Lt. Norris, a Central High graduate, left U-T in his sophomore year to enter the Air Force three years ago. He received his wings at Turner Field, Albany, Ga., and had been stationed at Walla Walla a year. At U-T he was a member of Phi Sigma Kappa fraternity. There is one other child, Miss Betty Jean Norris, a U-T Student. 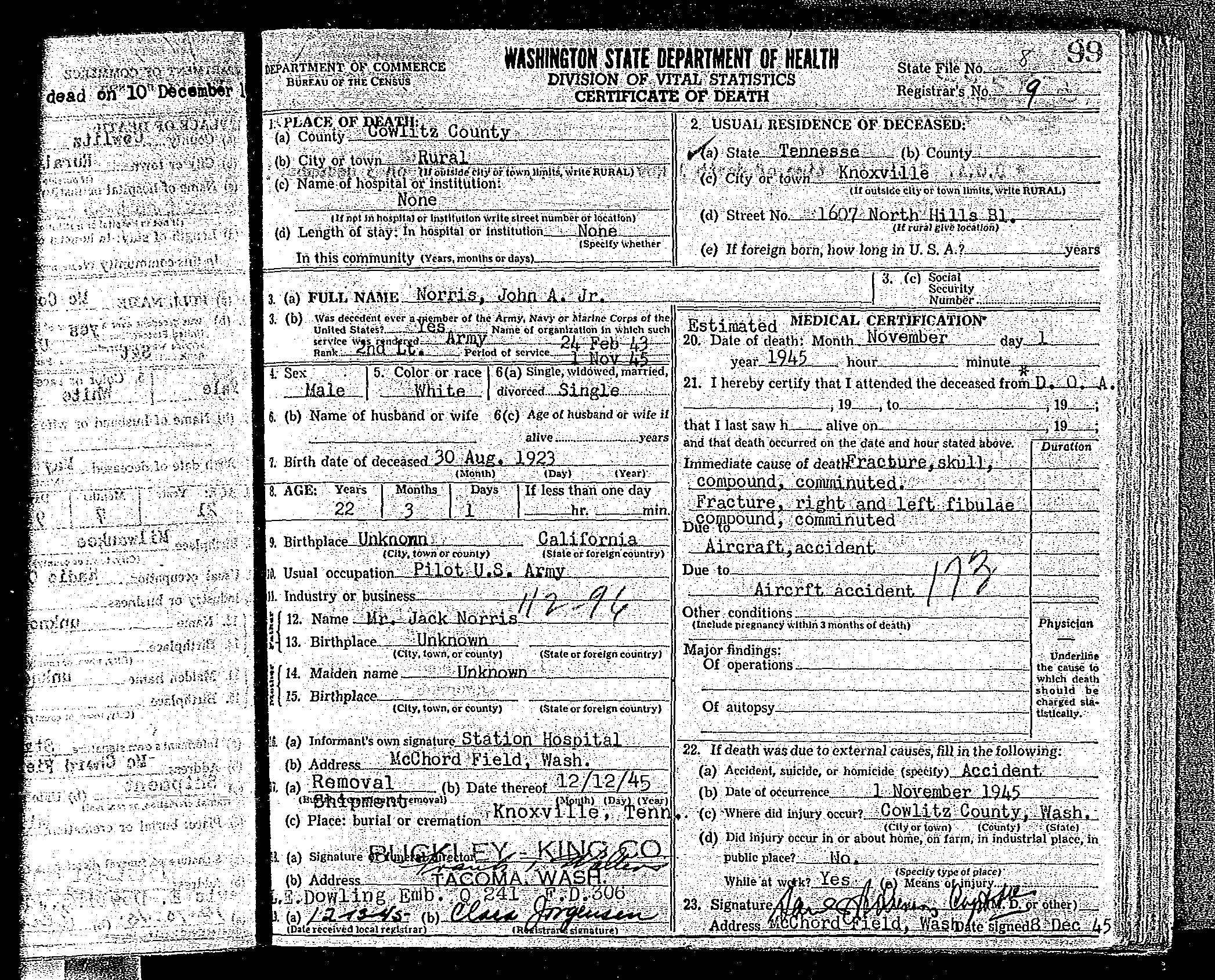 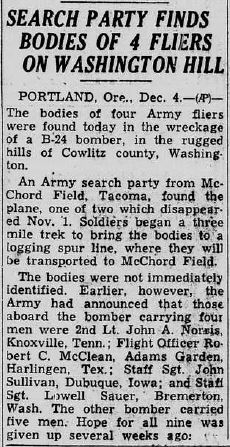 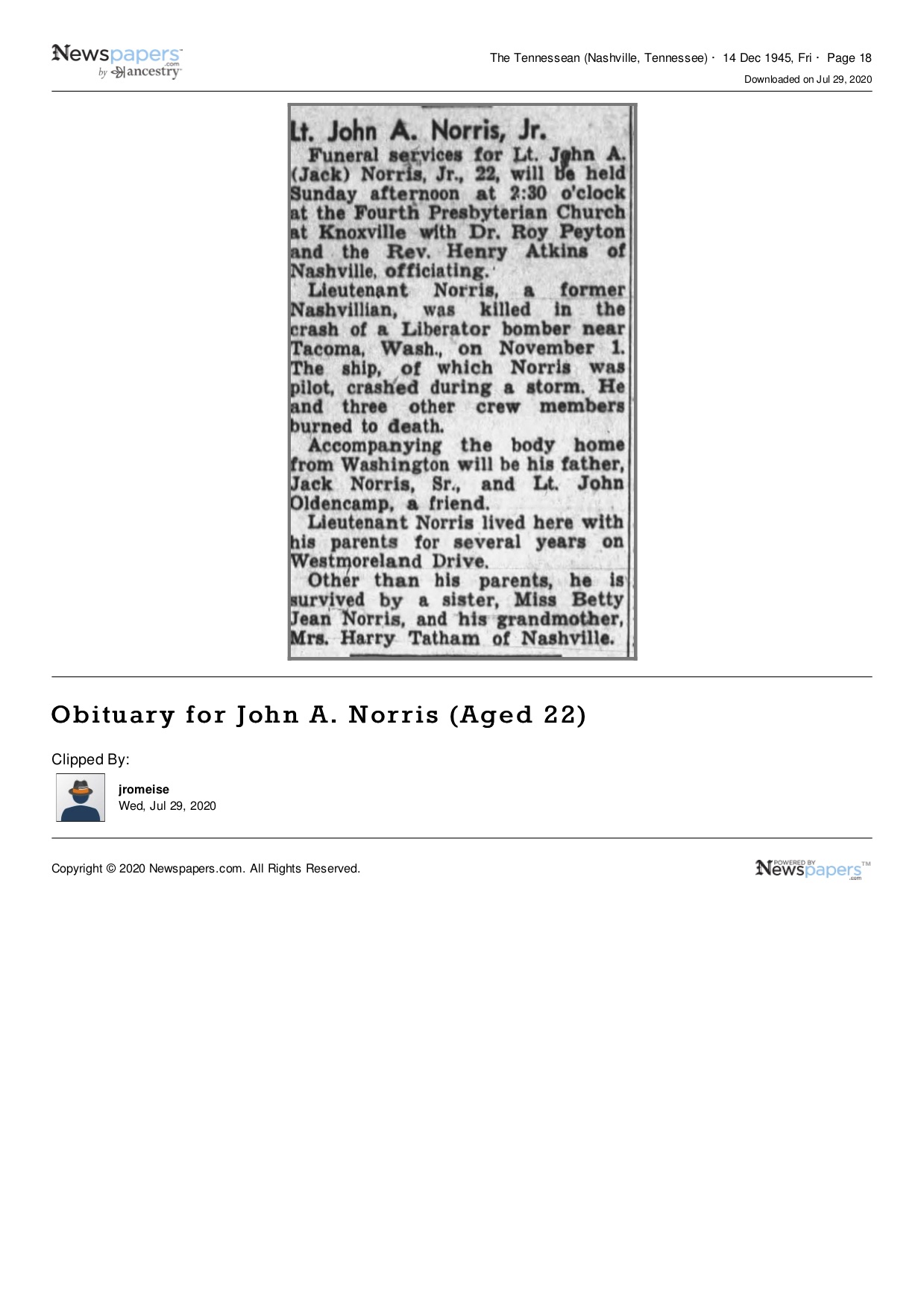 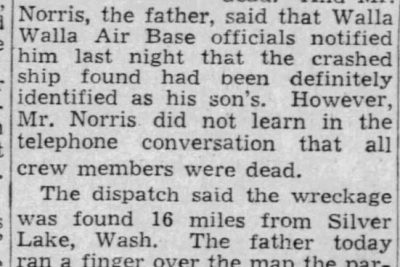