John Abraham (Jack) Lyle was born in 1911 in Knoxville to John Abraham Lyle and Effie Kirk Napier. He married Elizabeth Frances McKee on December 30, 1936. He was the brother of Florence Napier Lyle and Jane Kirk Lyle.

The Knoxville News-Sentinel, October 11, 1945
Mrs. John A. (Jack) Lyle Jr., Westwood, had been expecting her husband home from overseas before many days and he already had been granted the furlough for his return. Today the young wife was notified by the War Department that Staff Sgt. John A. Lyle Jr., died in England on Sept. 27. Sgt. Lyle, 35, was well known here for several years as representative of a food products concern. He had been overseas 26 months and was an instruments inspector with the 8th Air Force. Circumstance of his death were not learned. Mrs. Lyle, the former Elizabeth F. McKee is with her parents, Mr. and Mrs. R.H. McKee, of Westwood. Sgt. Lyle was the son of Mr. and Mrs. J.A. Lyle, of Talladega, Ala. 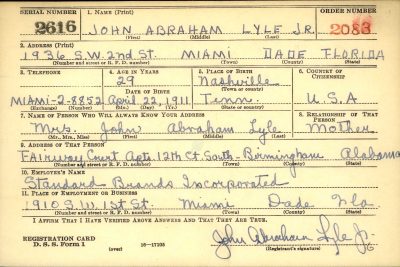 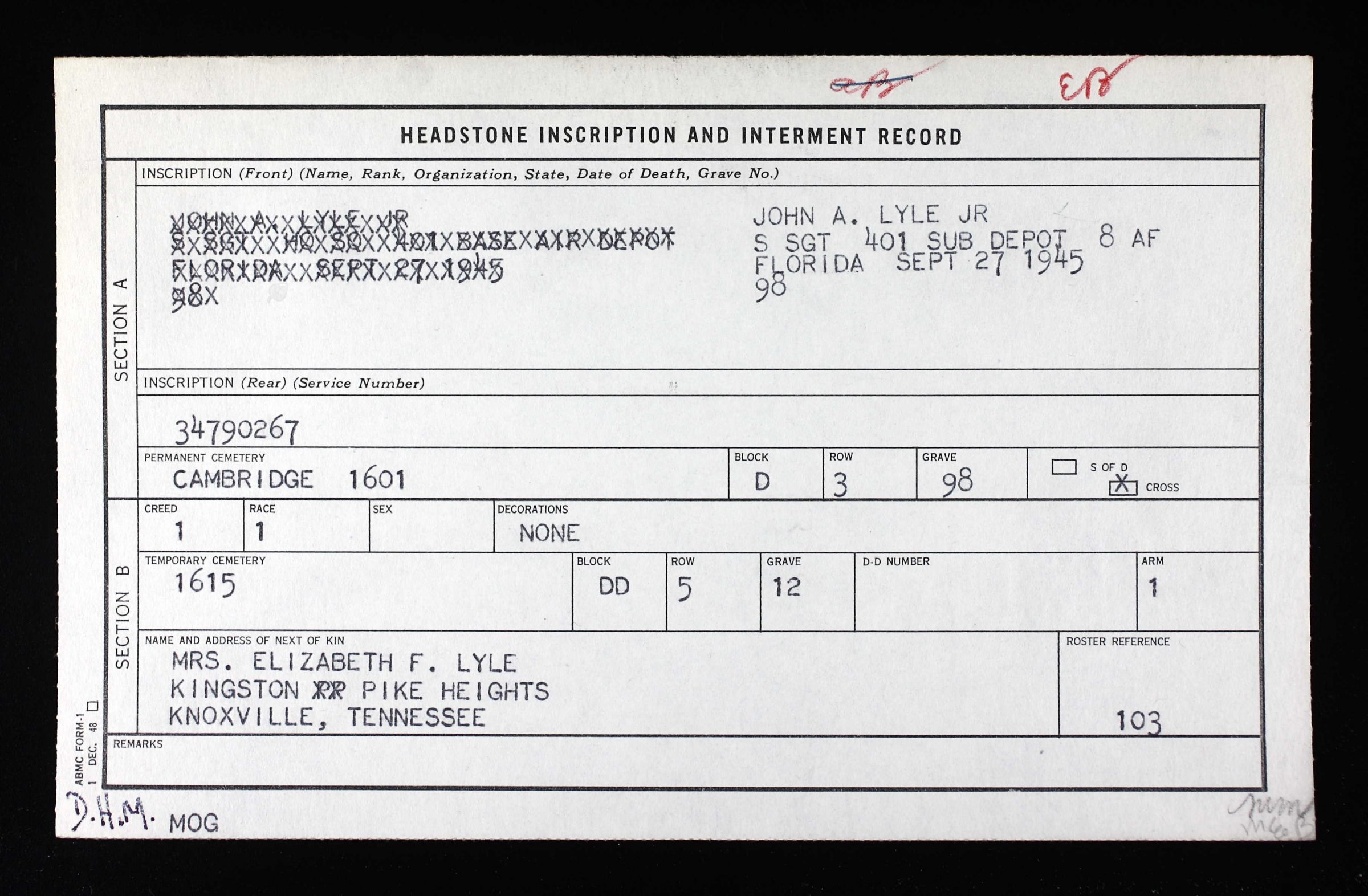 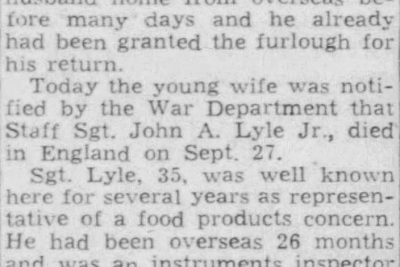