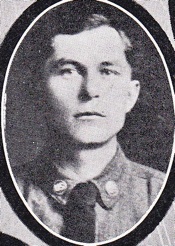 John Alexander Langford answered the call to the colors on September 5, 1917. First assigned to Company A, 328th Infantry, 82nd Division, with headquarters at Camp Gordon, GA. Later transferred to Company B, 117th Infantry, 30th Division, stationed at Camp Sevier, SC. As a member of the latter named organization embarked for France on May 11, 1918. Private Langford was killed in action on September 29, 1918, in the Somme Offensive. He was initially buried at the American War Cemetery Bony, Aisne in France. He is buried at Knoxville National Cemetery, Knoxville, Tennessee.

John A. Langford, former Knoxville man, whose name appears among the killed on the official casualty list issued by the war department for publication today, was at one time engaged in the operation of a taxicab business in Knoxville, according to local friends. He was married, and lived at 404 Broadway.
After Mr. Langford enlisted in the army as an automobile mechanic, it is stated his wife returned to her former home in the country. Friends of the young man said Wednesday afternoon that they had not been advised of his death in the recent fighting on the French battlefront.
Mr. Langford was well known in Knoxville and had a large number of friends. He was for a long time taxicab driver for local concerns operating service in Knoxville, and he later owned and operated a taxicab. Neighbors of the family said that Langford left Knoxville about a year ago. Efforts to locate members of the immediate family were unavailable Wednesday afternoon.
-The Journal and Tribune, Thursday, November 7, 1918. 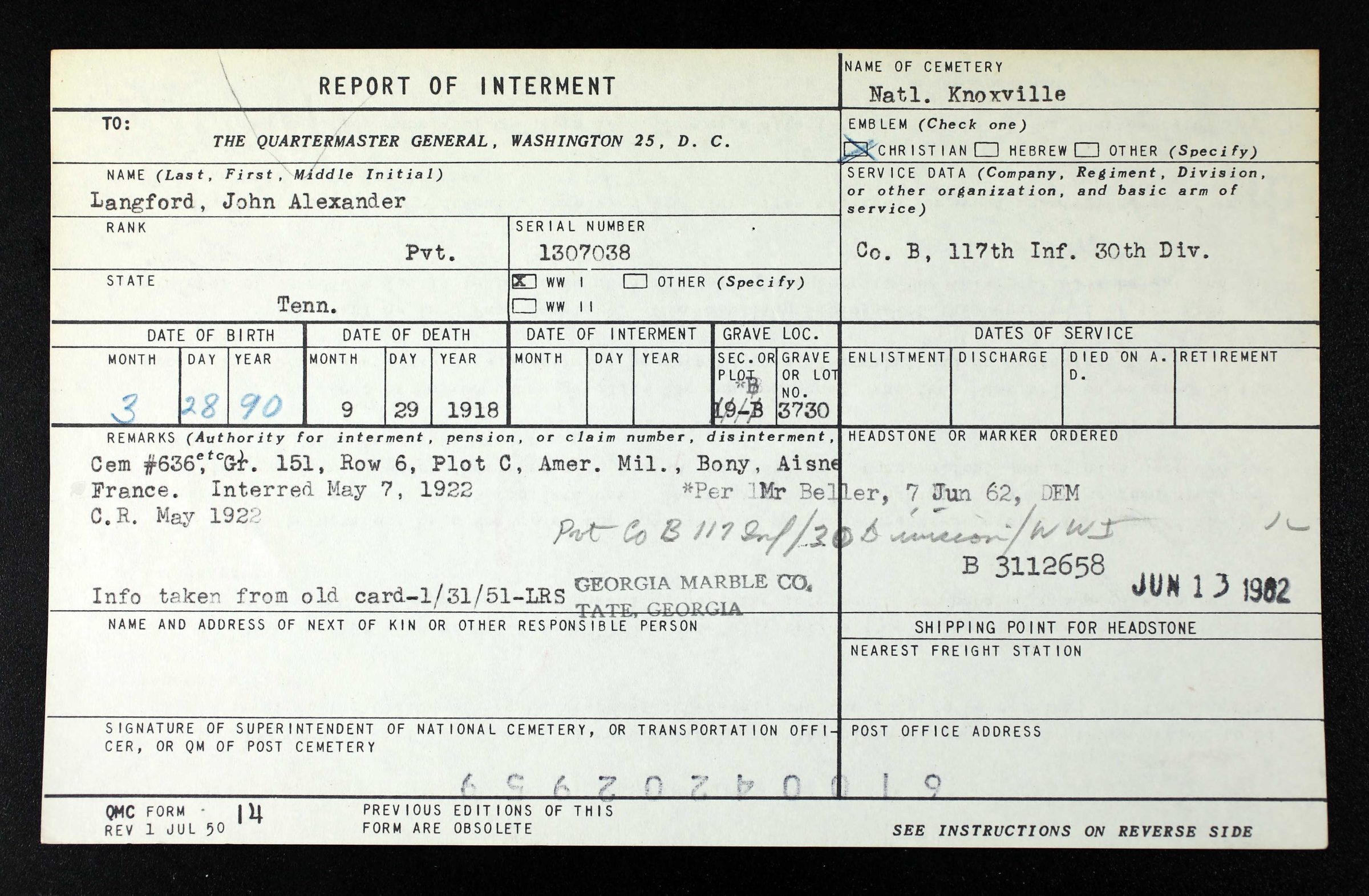 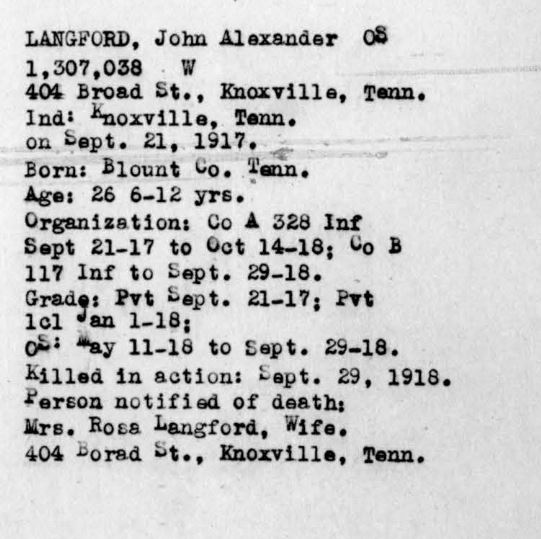 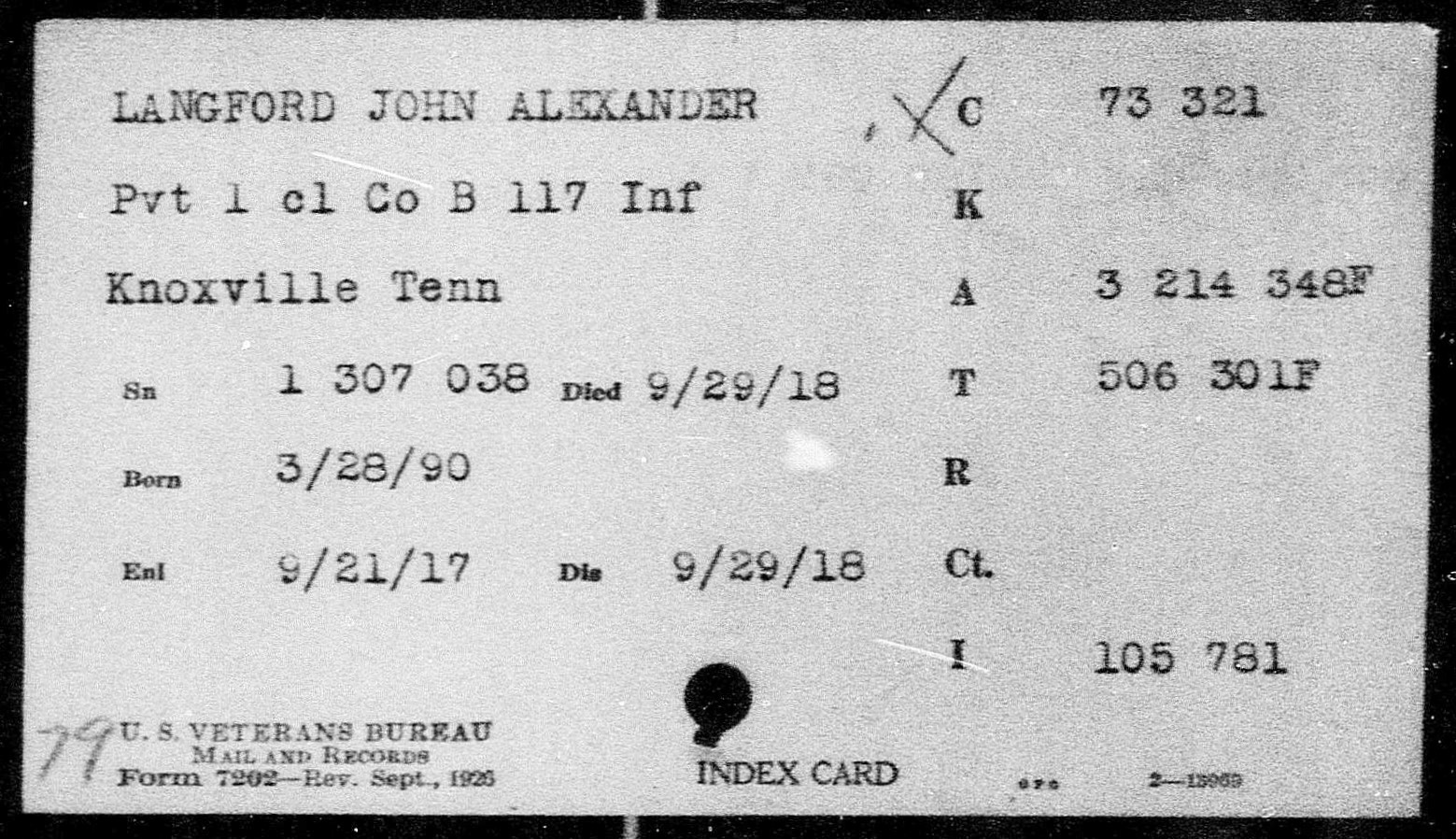 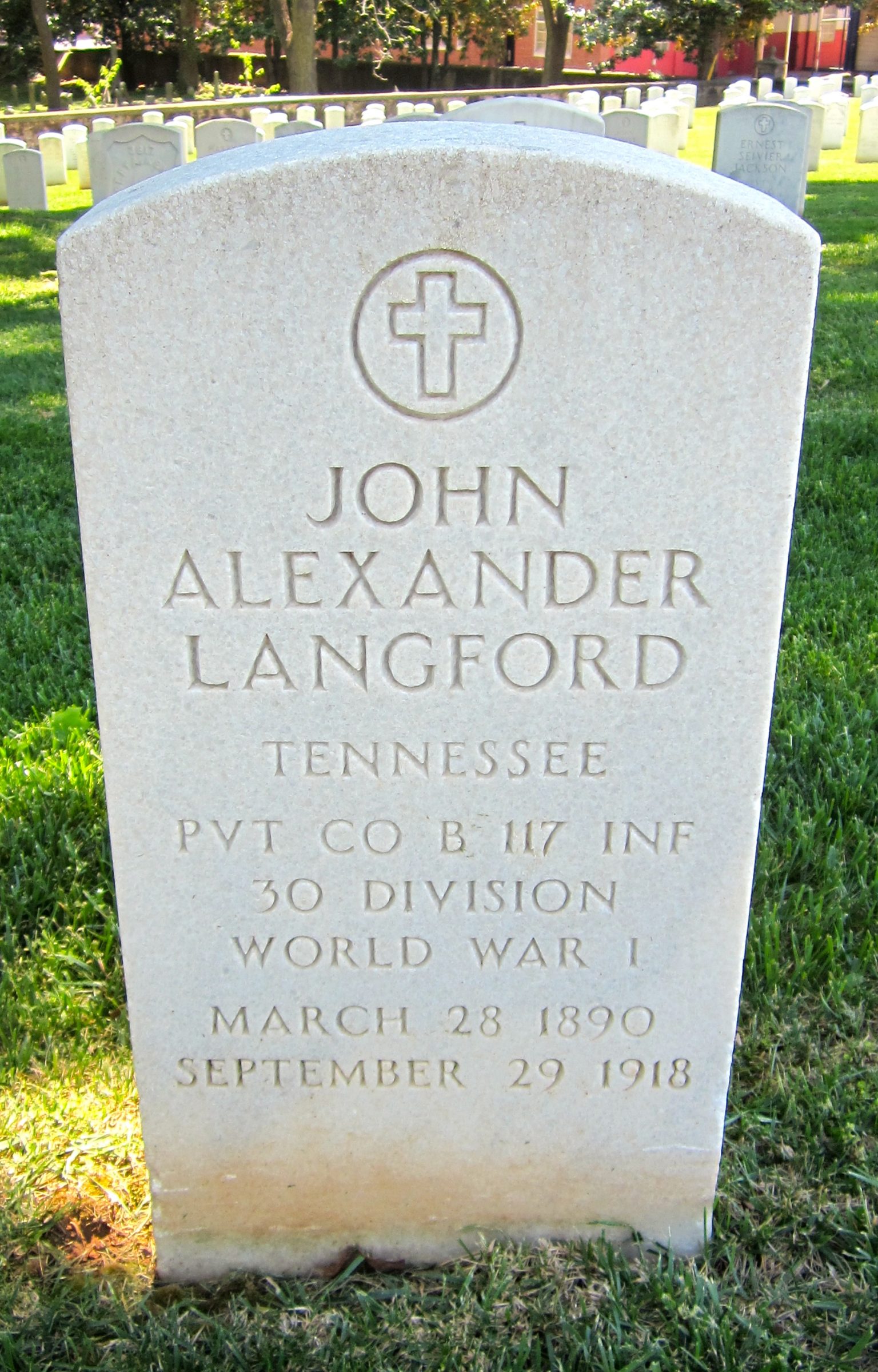