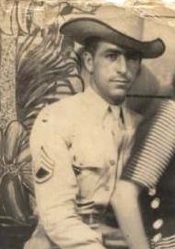 Joseph “Joe” Richard Munsey was born September 15, 1920 to Scott and Mintie Perry Munsey. He was from a large family including brothers, J. Will, Frank G., and Jerry Munsey sisters, Dora Crawford, Lena Rose and Thelma Smith. Joe attended Maynardville Elementary school and worked as a farmer before joining the United States Army at the age of 19. Joe was never married. He enlisted on July 18, 1940 at Fort Jackson, South Carolina and after receiving basic training was assigned to the 49th Infantry, 88th Infantry Division.

Private First Class Joe Munsey had served in the Pacific theatre before going to the European Theatre. Joe Munsey was captured by the German Army and was a Prisoner of War. He had been repatriated back to the United States Army and was in an American Field Hospital. He died on May 5, 1945 in France of wounds received in captivity.

He was returned back to his hometown in Union County and was laid to rest at Skaggs Cemetery in Maynardville, Tennessee. 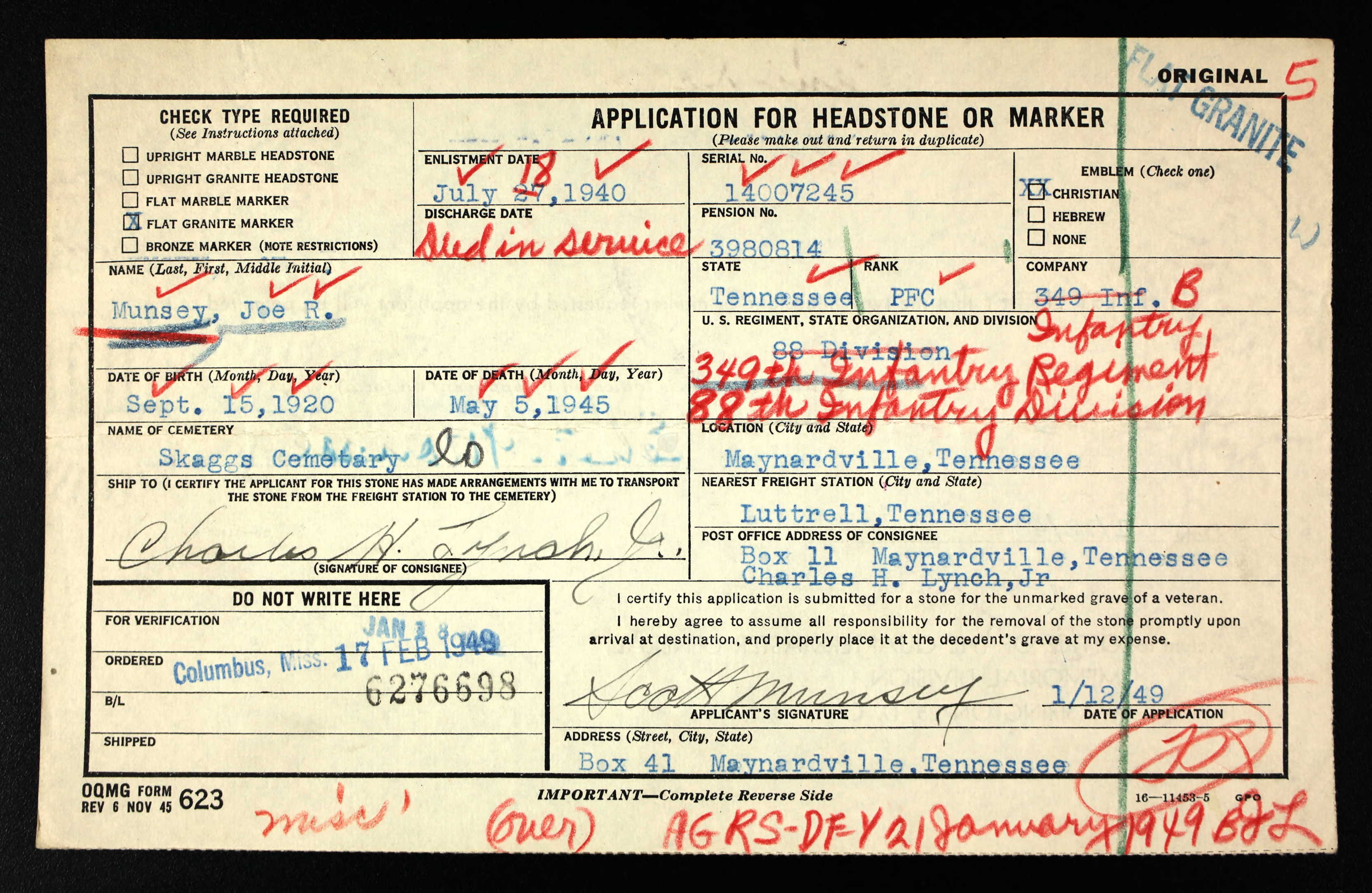