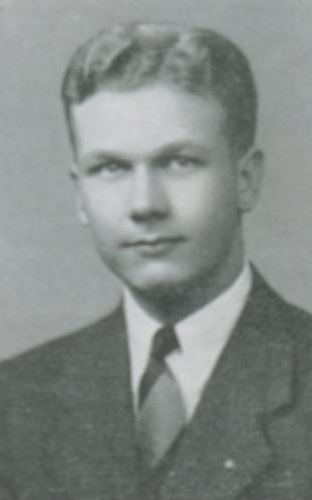 Jerseyville, Thursday July 30, 1942 – Jerseyville relatives of Lieut. Joseph McCready of Knoxville, Tenn., were notified Tuesday evening that he had been killed in service at a camp near Falmouth, Mass.
Lieut. McCready was the son of Mr. and Mrs. J.H. McCready of Knoxville, Tenn. His mother, before her marriage, was Miss Bernice Richards, daughter of the late Mr. and Mrs. William P. Richards of Jerseyville. Her father was postmaster at Jerseyville for a number of years and was in business in this city for many years as a member of the firm of Richards and Manning.
Details of the manner in which Lieut. McCready was killed were not obtained. His parents telephoned Jersey county relatives from Scott Field, Belleville, where they had stopped enroute by plane to Massachusetts.
When a boy, Lieut. McCready spent much time in Jerseyville at the home of his grandparents here. He was married last April and is survived by his widow, his parents and two sister, Miss Margaret McCready and Miss Janet McCready.
His father saw service in the first World War and attained the rank of Captain. His regiment was embarking for foreign service when news of the armistice was received and the troops preparing to sail were returned their camp. Lieut. Joseph McCready was born during the last war and was 25 years of age at the time of his death.
Lieut. McCready was educated in the University of Knoxville, Tenn.

Picture from the Yearbook, University of Tennessee 1940 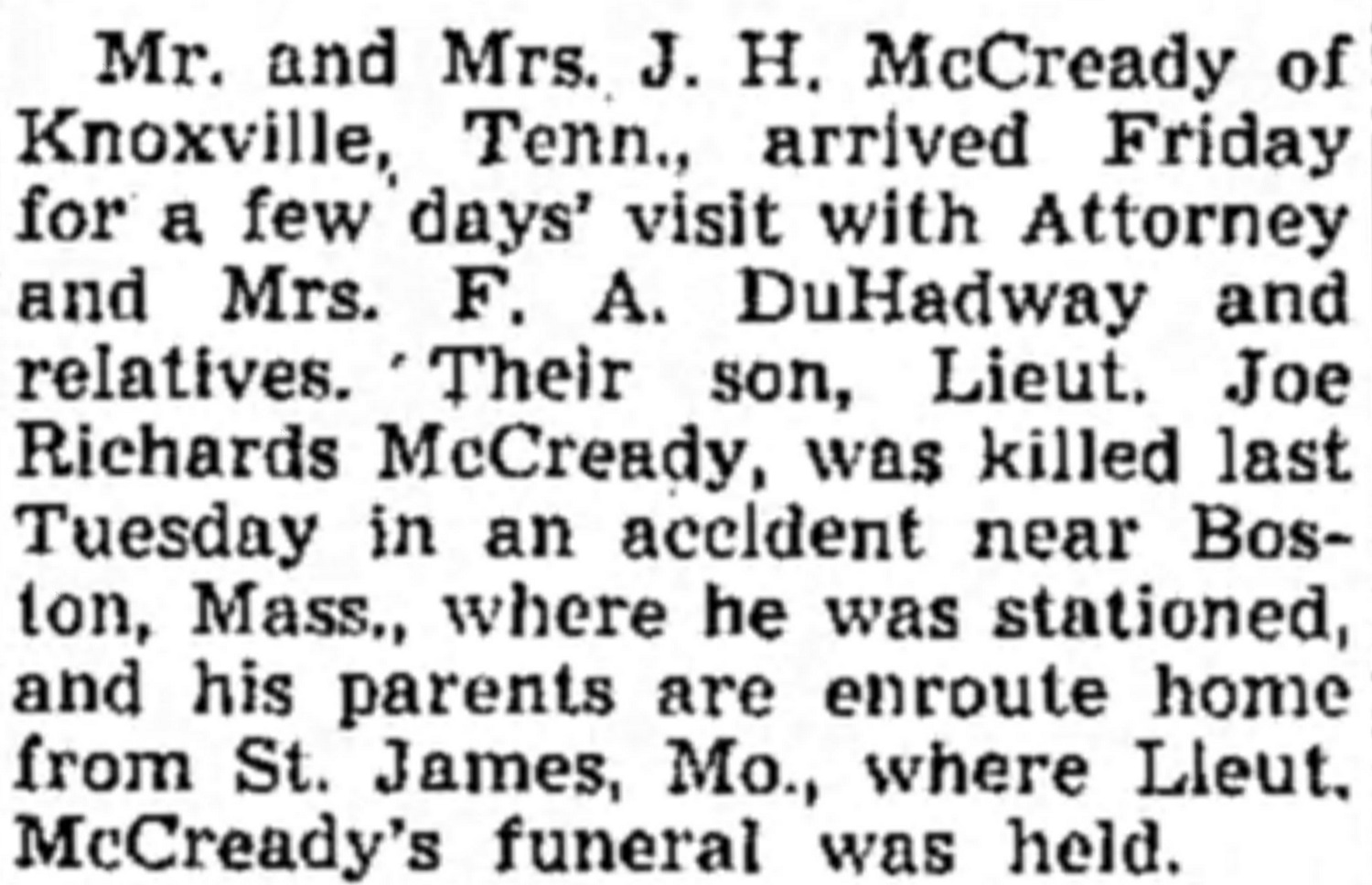