Private First Class Gibbs was a resident of Knoxville and lived at 120 South Kyle Street. He was a member of the 159th Field Artillery Battalion, 25th Infantry Division.

Joe was repatriated in early December 1952 and funeral services were held at A.R. Wheeler and Son mortuary on December 8, 1952. He was buried following the service in the US National Cemetery in Knoxville. Members of the American Legion served as pallbearers and were in charge of military honors at the graveside. 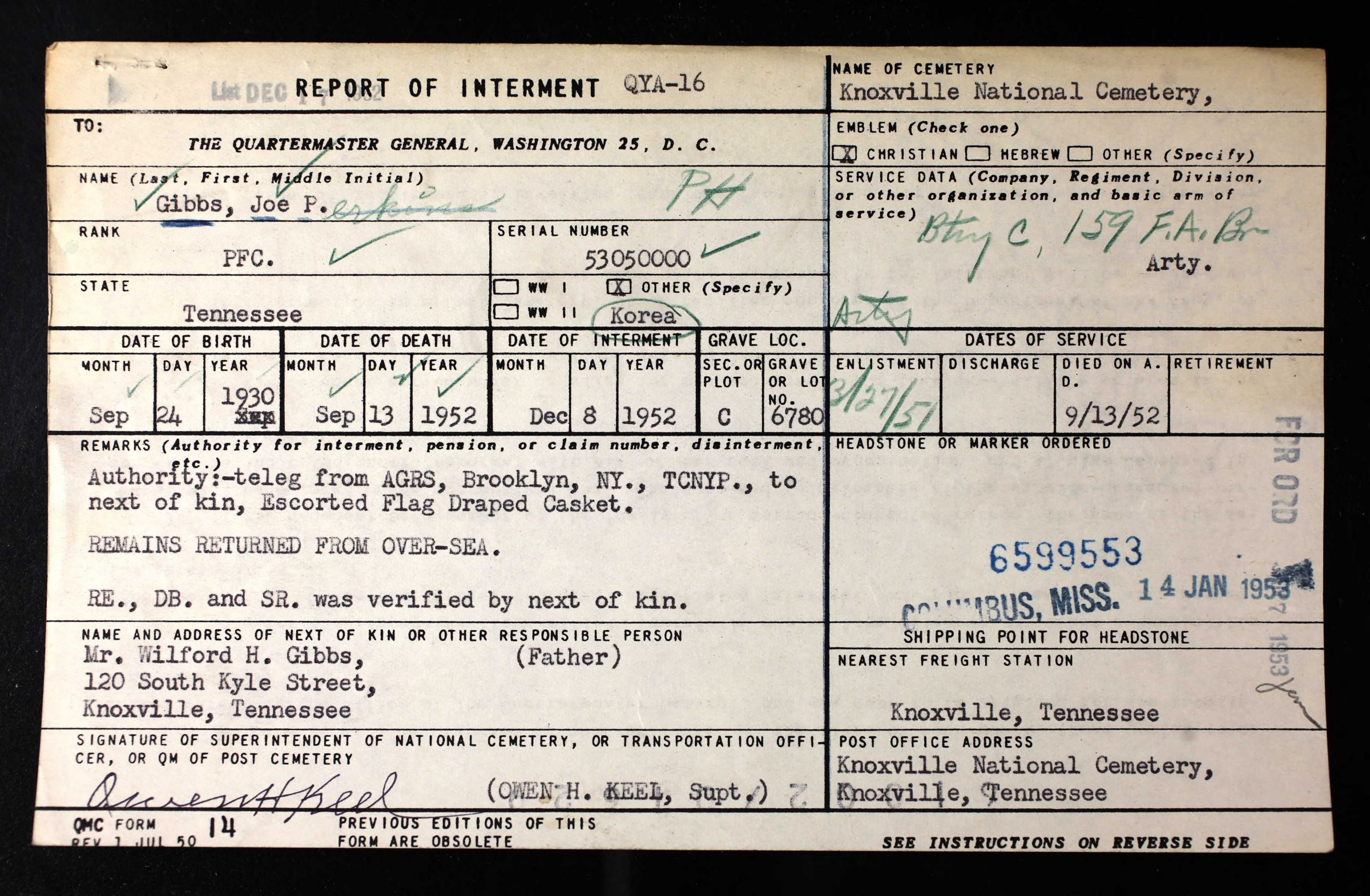 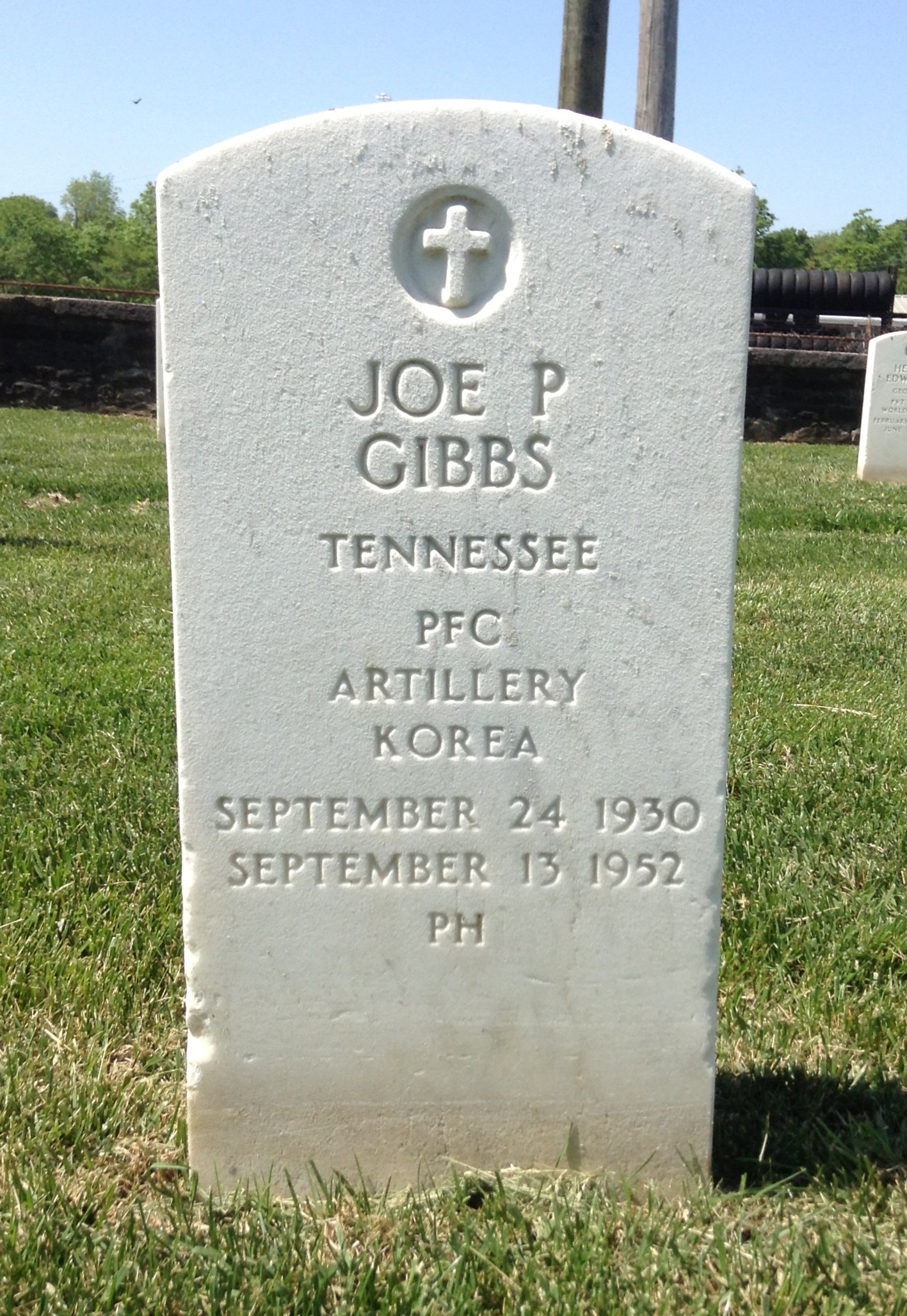 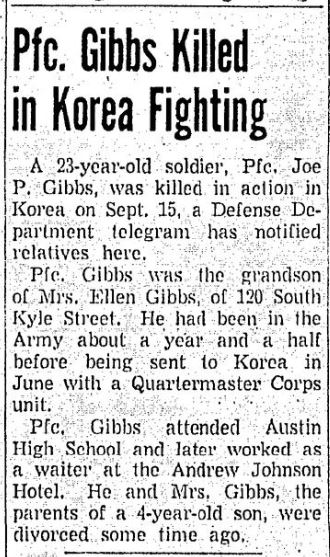