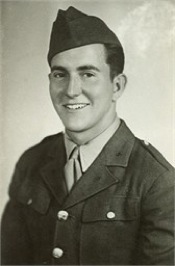 Joseph (Joe) Newton Armstrong was killed in action. He was a gunner on a Martin B-26 Marauder bomber with serial number 43-34238, named Erma. He departed from Dijon Airbase in France and was shot down after a mission over Neckarelz, Germany on his 49th mission to Neckarelz railroad bridge. The aircraft crashed one and a half km northwest of Achern/Baden.

Statement from S/Sgt Harold L. Myers:
I was in the top turret of No. 6 ship. I saw two ME 109’s coming in. To me they looked like they were on our tail. They came in too low for the turret guns. One broke a little to the right and high and I started to shoot until the plane went out of range of turret guns. Then all of a sudden, I saw pieces of one of our planes, no. 73, flying through the air. The ME 109 broke fast and peeled off. The ship that was hit, no. 73, fell back a little, then peeled off for a second and then went into a spin. This was the last I saw of the plane, as fighters were coming in.

He was a 1938 graduate of Tennessee Wesleyan College. 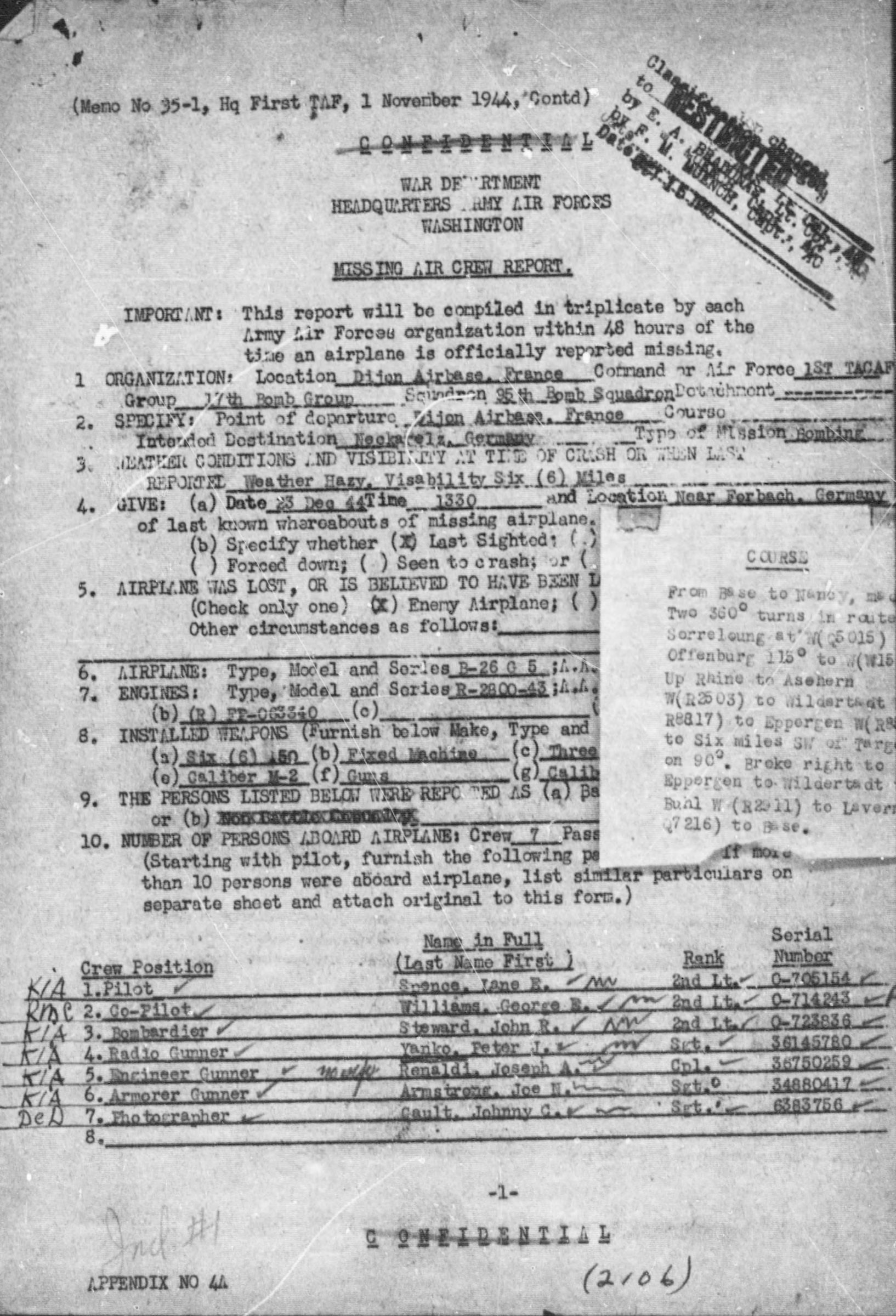 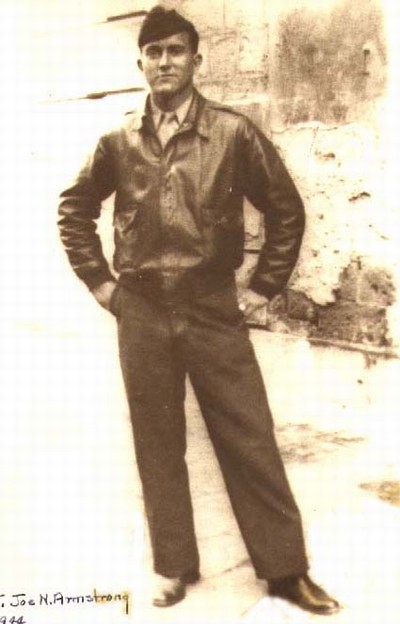 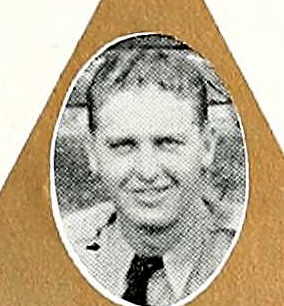