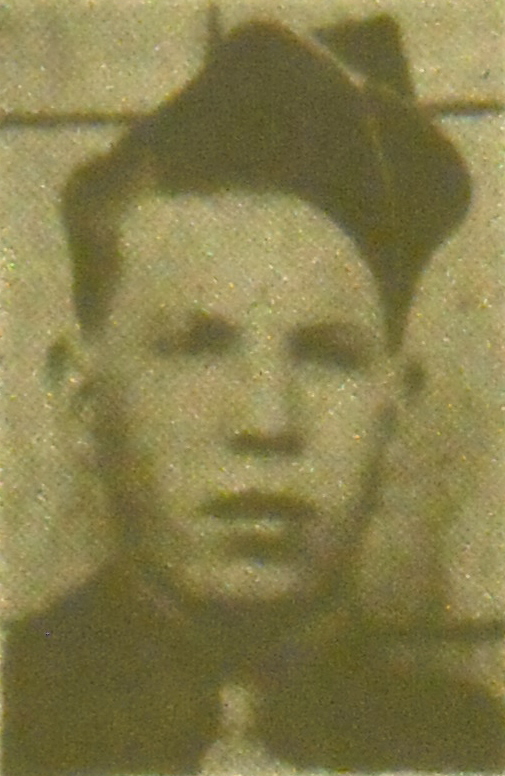 PFC Cox was killed in action on the 10th of November 1944, and is interred at the Lorraine American Cemetery, St Avold, France, located at J,9,28.

Joe attended Fall Branch High School and before enlisting in the United States Army worked at a rayon plant in Johnson City, Tennessee. He enlisted on 3 December 1942 and after completing basics was assigned to Company I, 3rd Battalion, 319th Infantry Regiment, 80th Infantry Division.

At 1730 hours (5:30pm) on 11 October 1944, Company I left the assembly area in attack formation as the forward element to assault Hill 236, northeast of Bois du Fort des Trappes, France. Company gained it’s objective by 1900 hours (7pm), but had met with heavy artillery and mortar fire with some small arms resistance. 2330 hours (11:30pm) the company returned to their defensive positions, but Joe wasn’t with them. He was killed in action this evening earning him a second Purple Heart. Joe had been wounded prior to this engagement on 7 October 1944. 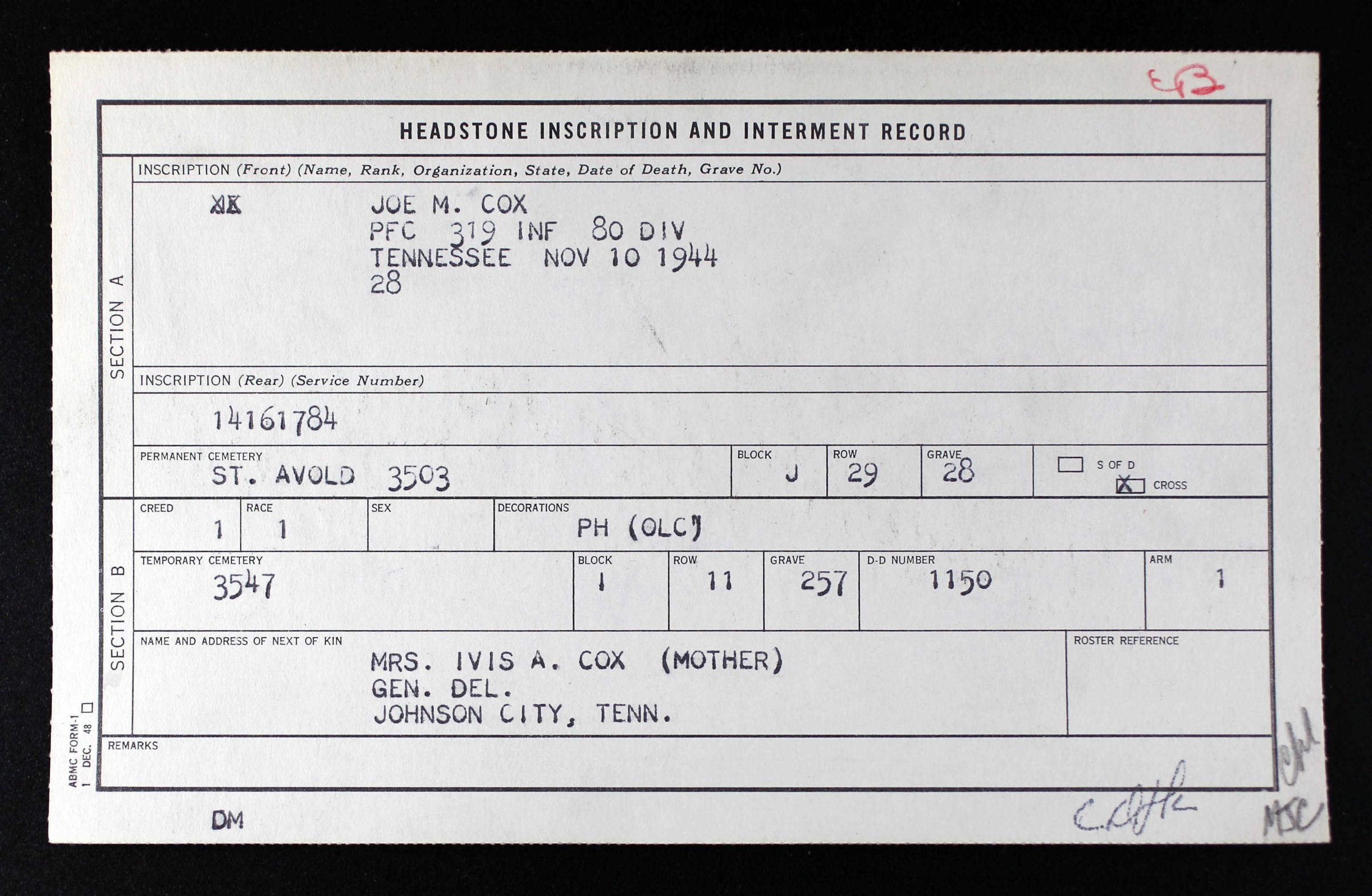