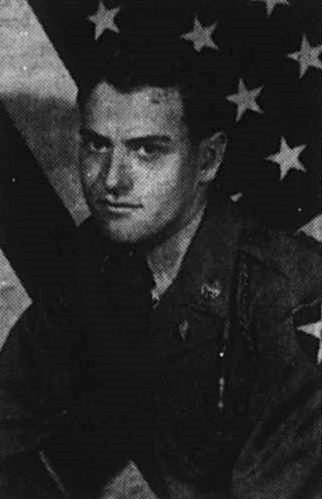 Corporal Ford was a member of Battery A, 15th Field Artillery Battalion, 2nd Infantry Division. He was taken Prisoner of War while fighting the enemy near Hoengsong, South Korea on February 13, 1951 and died while a prisoner on March 7, 1951. His remains were not recovered. His name is inscribed on the Courts of the Missing at the Honolulu Memorial.

The Crossville Chronicle, March 15, 1951
Mr. and Mrs. Lannie Ford, Route 1, have received word that their son, Pfc. Joe L. Ford is missing in action as of February 13. Pfc. For enlisted in March, 1948; had his basic at Fort Jackson, S.C. He was sent to Korea in July, 1950, where he served with A Battery of the 15th Field Artillery Battalion of the Second Division. His brother, Mitchell, is now on active duty with U.S. Forces in the European Theatre.  His sister is Mrs. Emmett Barnwell, who lives on Route 3. 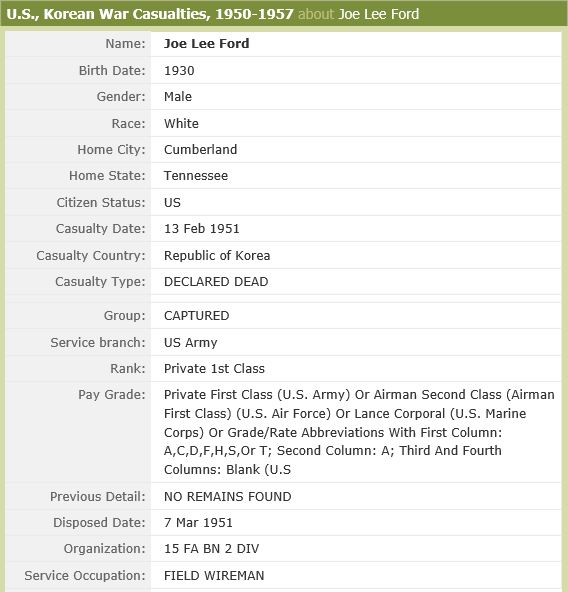 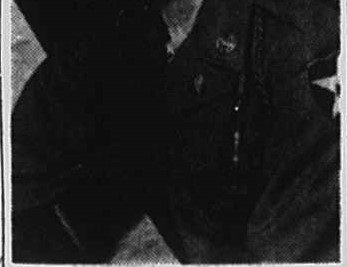