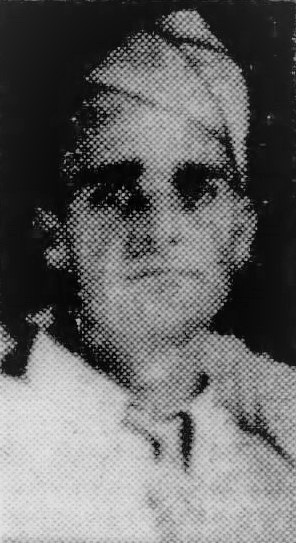 Joe E. Cathey was promoted to Sergeant somewhere in France and to Staff Sergeant in Germany while serving with the Seventh Army. He had been awarded the Combat Infantryman’s Badge.

The Knoxville News-Sentinel, April 24, 1945
Two War Department messages today brought sorrow to the families of Pfc. Earl L. Blair and Staff Sgt. Joe E. Cathey, when they announced the deaths of the soldiers in action in Germany. They were brothers in law.
Pfc. Blair was killed on April 3. He is the son of Mr. and Mrs. W.G. Blair, 1624 Grand Avenue, and husband of Mrs. Mary Lee Blair. He was 37 years old and had been in the Army four years and two months. He went overseas in January. Besides his wife and parents, Pfc. Blair is survived by three brothers, Pvt. Ernest M. Blair in Europe, Pvt. Rufus Blair at Camp Gordon, Ga., and Charles Blair of Knoxville; five sisters, all of Knoxville, Mrs. Madeline Cathey, Mrs. Annie Bailey, Mrs. Evelyn Phillips, Mrs. Mary Bohannon and Miss Florence Blair.
Sgt. Cathey died of wounds received in Germany on April 6. He is the son of Arthur T. Cathey, 1902 Sutherland Avenue, and the husband of Mrs. Madeline Cathey, 1624 Grand Avenue. He was 31 years old and had been in the Army three and a half years. He had been overseas since August. Besides his wife and father, he is survived by his mother, Mrs. Nora Adams of Atlanta; a sister, Miss Mary Cathey; a half-sister, Mrs. Elmer Chandley; and a half-brother R.B. Cathey. 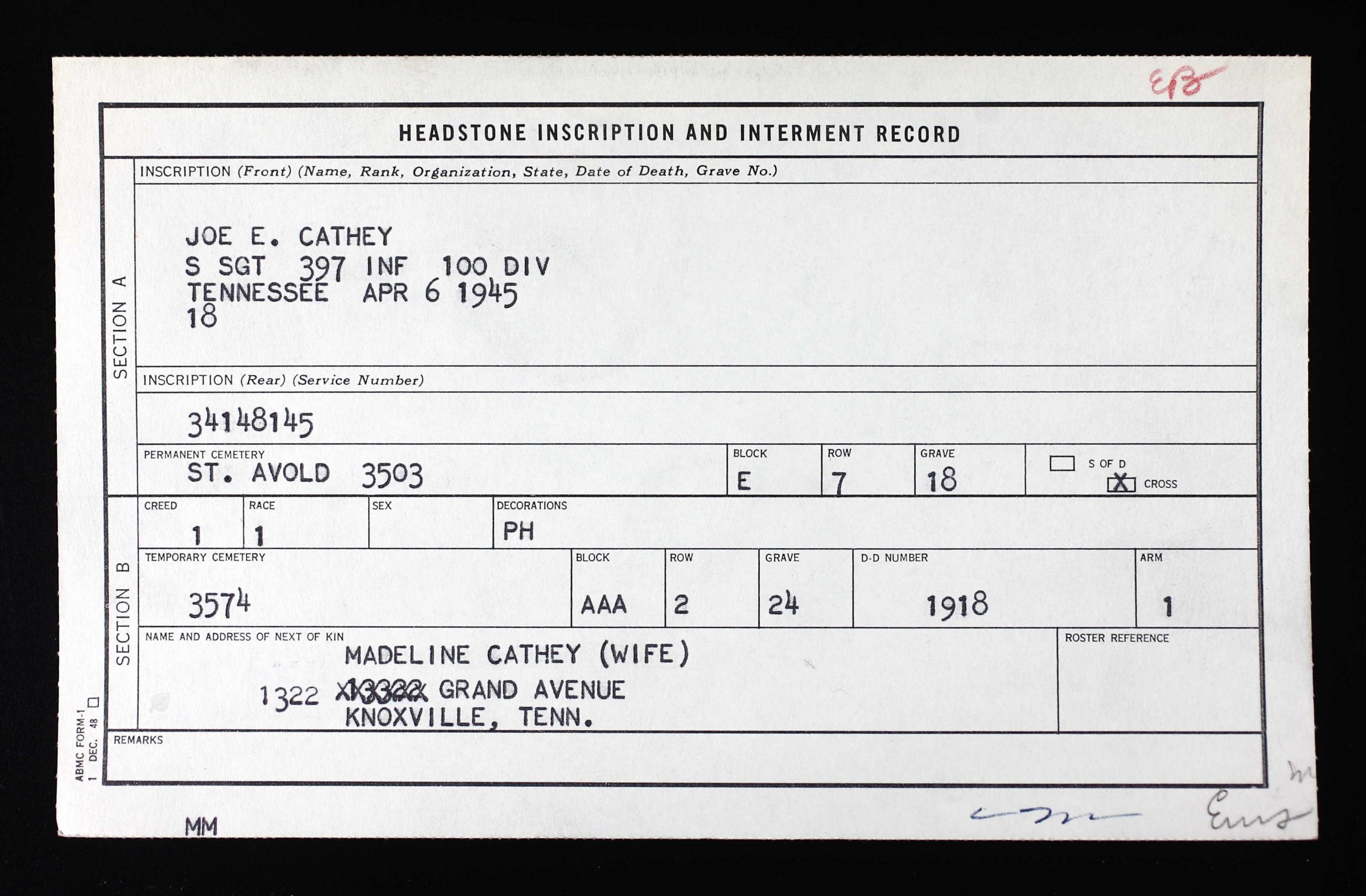 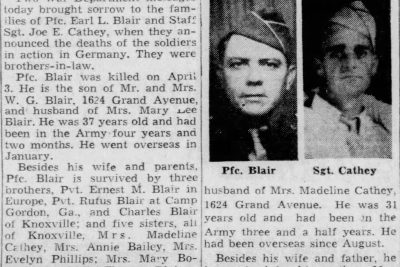 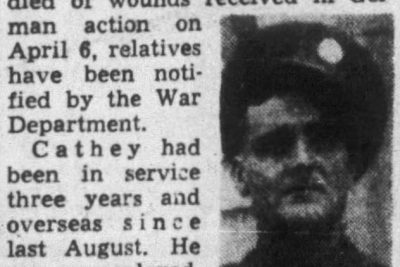