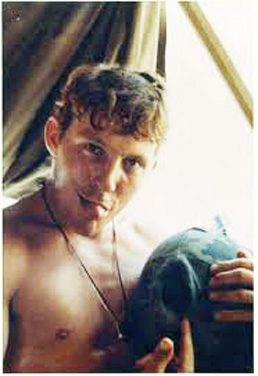 Specialist 5 Joe Don Ramey was born on May 6, 1949, and was originally from Arroyo Grande, California. He served his country in the Vietnam War in the United States Army, as a UH-1 Helicopter Repairman with D Troop, 3rd Squadron, 4th Cavalry, 25th Infantry Division. He began his tour in Vietnam on November 15, 1969. On May 21, 1970, SP5 Ramey was aboard a helicopter that crashed under hostile conditions in Cambodia; he was killed along with the other soldiers aboard. He was 21 years old at the time of his death. SP5 Ramey is memorialized on the Vietnam Veterans Memorial on Panel 10W, Line 77.