Sergeant First Class Joe David Brown was born on November 4, 1933, and was originally from Augusta, Georgia. He served his country in the Vietnam War in the United States Army, as an infantryman in B Company, 3rd Battalion, 7th Infantry, 199th Infantry Brigade. At the beginning of his tour in Vietnam on November 4, 1967, he was a fourteen-year veteran of the Army. Several months later, on January 28, 1968, SFC Brown was killed while under hostile conditions in Gia Dinh province, South Vietnam; he was 34 years old at the time of his death. SFC Brown was survived by his wife, Joyce Taylor Brown (1929-2010), and was a recipient of the Purple Heart medal. He is buried at Pine Hill Cemetery in Burlington, Alamance County, North Carolina, and is memorialized on the Vietnam Veterans Memorial on Panel 35E, Line 53. 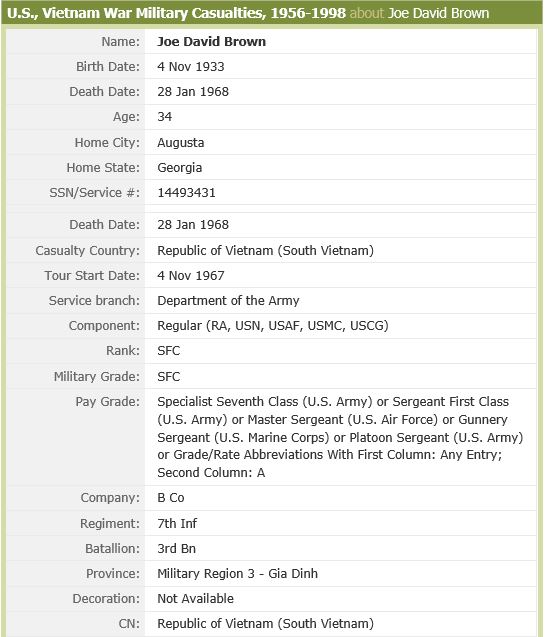