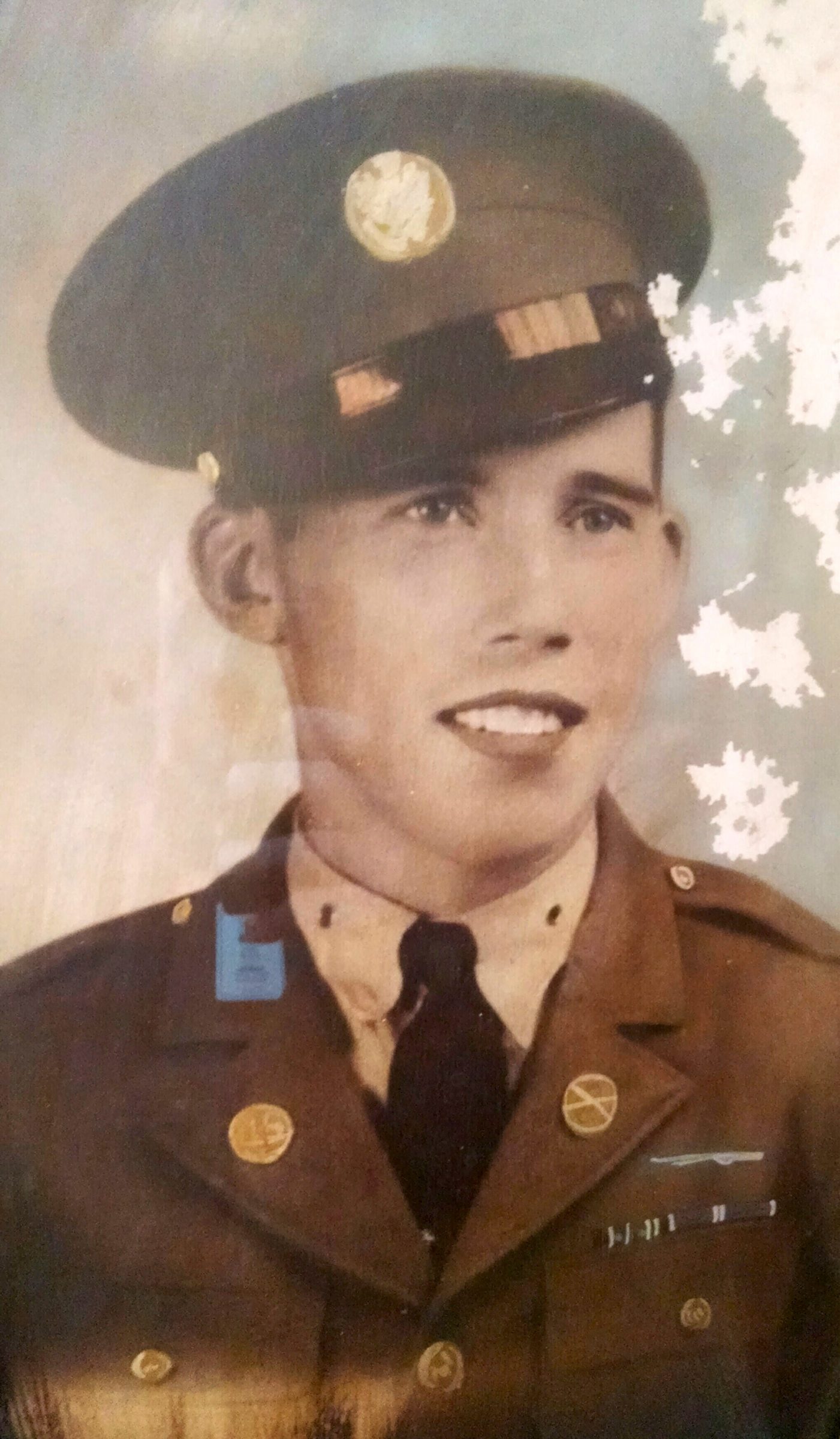 The Knoxville Journal, September 27, 1944
Pfc. Joe C. Lett, 24, son of Mrs. Melvina woods of Route 1, Greenback, has been slightly wounded in action in Italy, according to information received by his mother. Private Lett entered the service two years ago last May. He has been overseas for the past nine months.

The Knoxville Journal, November 2, 1944
Pfc. Joe C. Lett of Greenback, was killed in action in Italy Sept. 25, according to a War Department message received last week by his mother, Mrs. Melina Woods. Private Lett entered the Army two years and five months, to the day before his death. He was wounded May 11, and received the Purple Heart, which he sent to his mother. He was formerly employed in Dayton, Ohio. He has two brothers in service. Pfc. Shermon H. Lett with the Army in Florida and Harvey M. Lett with the Navy in New York. 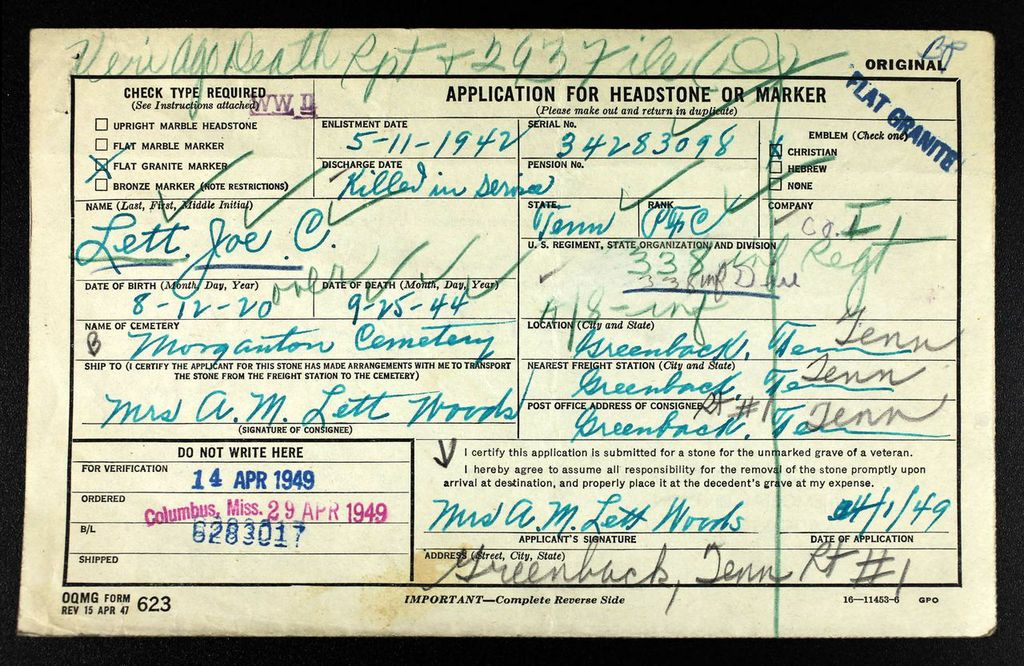 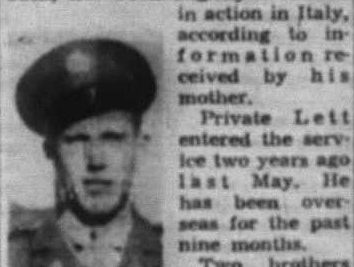 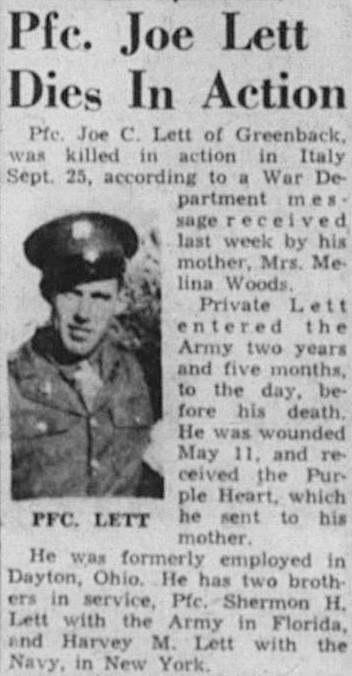