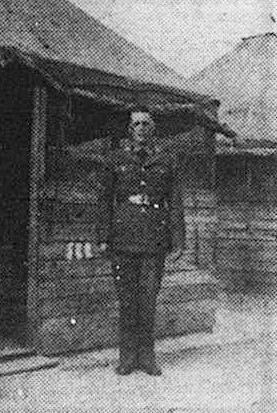 The Johnson County News, August 26, 1943
Pfc. Joe B. Snyder, gave his life for his country, July 10, 1943 in the North African area. He has been in the service since February 11, 1942 and has been across the waters since the last of April.
He was stationed in Alabama, Texas and Louisiana. Most of the time in Texas and was there before he was sent across. Joe was born at Shouns, Tenn., December 18, 1917. He is survived by his parents, Mr. and Mrs. J.J. Snyder, his wife, a six weeks old daughter, Ersula Joyce, and two brothers and five sisters. Joe had done all any boy could do for his country. He gave his life. Though heb e dead, his influence and sacrifice will live on in the hearts of those who love him and cherish his memory. 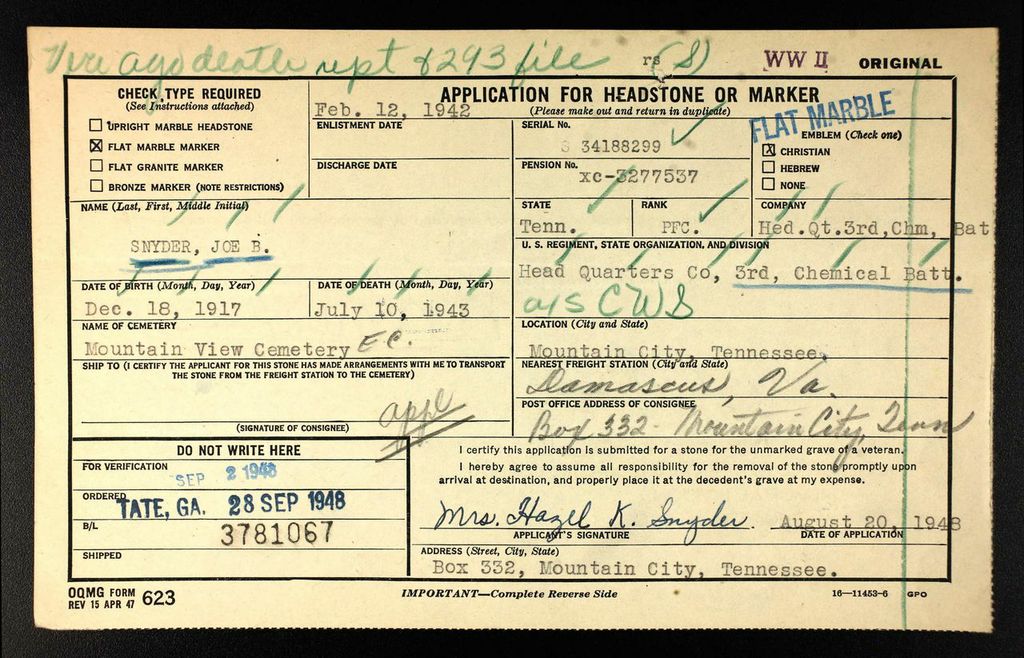