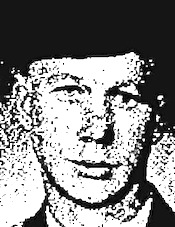 The Kingsport Times, 26 August 1969
Soldier left home July 4, killed in war.
A 19-year-old Kingsport soldier, who left for overseas duty July 4, has been killed in action in Vietnam. He is PFC Jimmy L. Jones, son of Mr. and Mrs. William H. Jones, 909 Federal St.
The young soldier, a member of Company C, 4th Battalion, 31st Infantry, 196th Light Infantry Brigade, was killed August 26 on combat operation against a hostile force near Da Nang the Army said.
The parents were notified by Army officials Sunday that the young soldier was missing in action.
Lt Col W.G. Lawhead, commanding officer of Holston Army Ammunition Plant, notified them this morning that their son had been killed.

The Kingsport Times, 23 December 1969.
The Bronze Star Medal has been awarded posthumously to PFC Jimmy Lewis Jones of Kingsport for meritorious achievement in ground operations against hostile forces in Vietnam. The medal was among three others presented to Mr. and Mrs. William H. Jones, 909 Federal St., parents of the young soldier, by Captain James C. Byrd, survivor assistance officer, Holston Army Ammunition Plant.
Other medals presented to the parents in a special ceremony at the home, were the Purple Heart, Good Conduct Medal and the Combat Infantryman Badge.
Prior to his death in action, August 20, of this year, PFC Jones had been awarded the following:
National Defense Service Medal, Vietnam Service Medal, with one Bronze Service Star, Vietnam Campaign Ribbon and the Sharpshooter Badge with Rifle Bar.

He was my cousin and friend. I remember him often and would love to help sponsor if possible. I had searched for this newspaper article for years and had little luck seeing it without a subscription to the KTNews archives. Thank you, this has been wonderful, but heartbreaking to see. My 12 year old self from 1969 looked up to him and was very proud of him and my 61 year old self misses him still. Thank you.
–Submitted by Glenda Jones