Jimmie Gilbert Norris, Private First Class, was born in Putnam County, Tennessee near Cookeville, and at the time of his death was 20 years old. Jimmie had only been a resident of Cumberland County for about 6 months and very little can be ascertained about him prior to his entry into the service, but in the short time he resided here, he worked on a farm.

On June 18, 1917 he enlisted at Crossville in the National Guard, a unit organized by Capt Southard. The unit was transferred to Camp Sevier, SC and thereafter was known as Co D, 2nd Tenn Infantry and later became Co G, 119th Infantry of that famous 30th Division which saw so much service at the front.

Jimmie escaped injury at the breaking of the Hindenburg Line, but in the drive which followed and continued until the 19th of October, he was killed (October 13, 1918). Jimmie was a splendid soldier and one who never shirked from any assignment given him. His remains were buried on the battle scarred fields of France near Reaubville, and like many of our other comrades, still remain there. His parents desired to follow the example of Theodore Roosevelt “Let the tree lie where it fell.”

He was the son of J. L. and Minnie Norris; his father, who survives him, is a resident of Putnam County; his mother died many years ago before he went to war. Other members of his family are 3 sisters and 3 brothers, Addie Ford and Mrs Lizzie Gross, Putnam County; Mrs Gertrude Farr, Roane County; Sim and Luther D, Dorton, Tn; Birch, Putnam County. 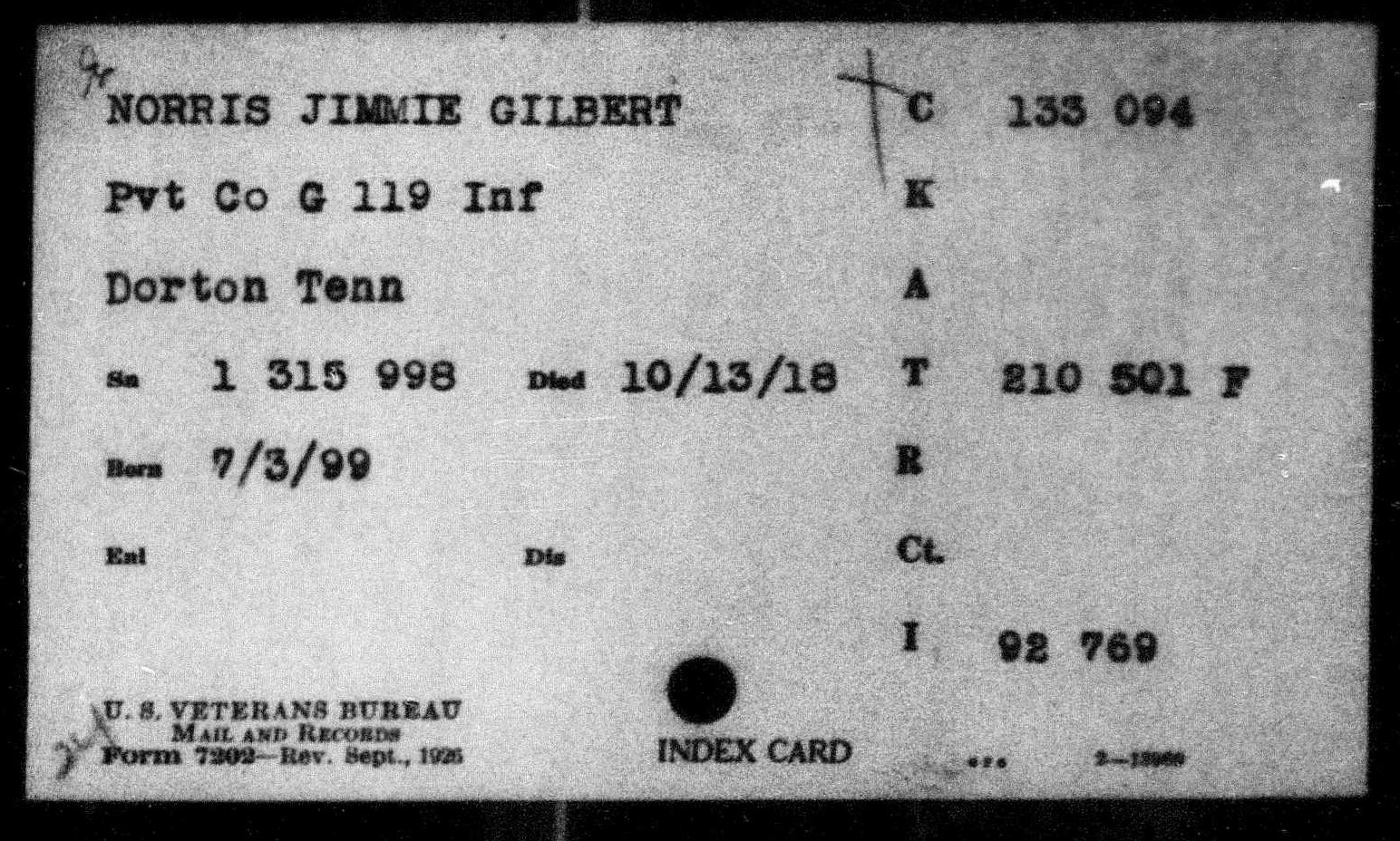 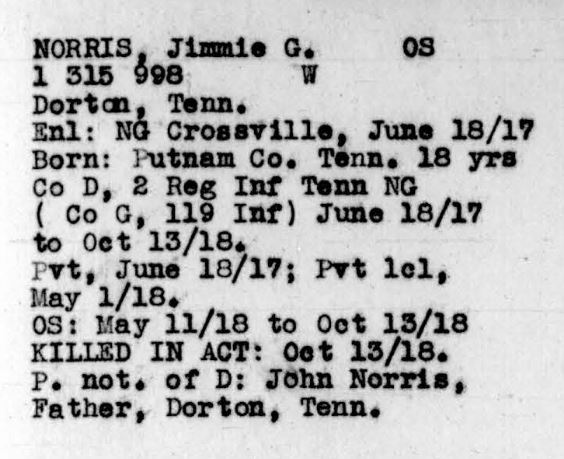 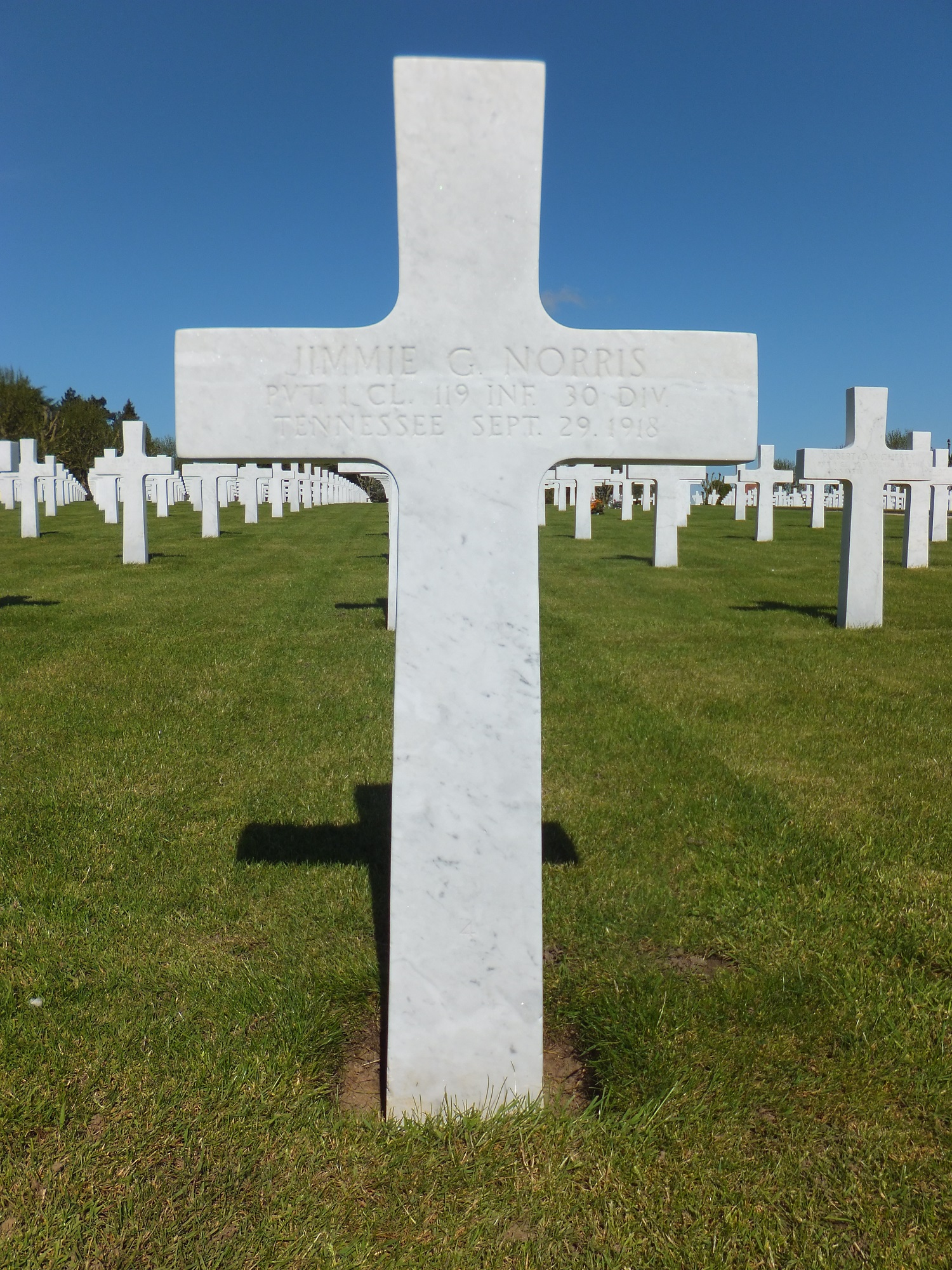