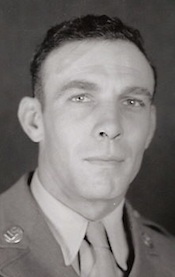 Staff Sergeant James M. “Jim” Crumley, US Army Air Forces, was assigned to the 330th Bomber Squadron, 93rd Bomber Group Heavy, The Traveling Circus, flying a B-24. He was the son of William G. and Jewell L. Miller Crumley. He was born in September 1917, in Johnson City, Tennessee.

On August 1, 1943, the squadron flew to Benghazi, Libya to participate in Operation Tidal Wave, the low-level bombing of the Polesti Oil Fields, Romania. The plane piloted by Lt Worthy Long was in the right wing position of the second element. As they were approaching the target Romanian fighters attacked from the rear killing the tail gunner SSgt Leycester Havens, the first casualty of the raid. Besides the damage to the tail there was damage to the nose, and wind whistled through the fuselage. Then number 4 engine was knocked out, and a shell blew up the control pedestal. Two flak towers laced each side as she raced between them and the number 1 engine caught fire. Somehow the pilots managed to coax her down into an open field where she slid into a berm and the nose broke away and rolled with Lt Norman Adams, the bombardier, inside. He was unable to hear for three days after the crash. The pilots escaped through the broken nose but suffered burns that required hospitalization. The crew was taken prisoner before the last bomber had flown over. Lt Lipton, the navigator, was struck in the chest, and was burned while trying to exit the plane. He would die of his wounds. SSgt Crumley was killed by flak before the crash. Of the crew of ten, six were killed in action and four became prisoners of war. 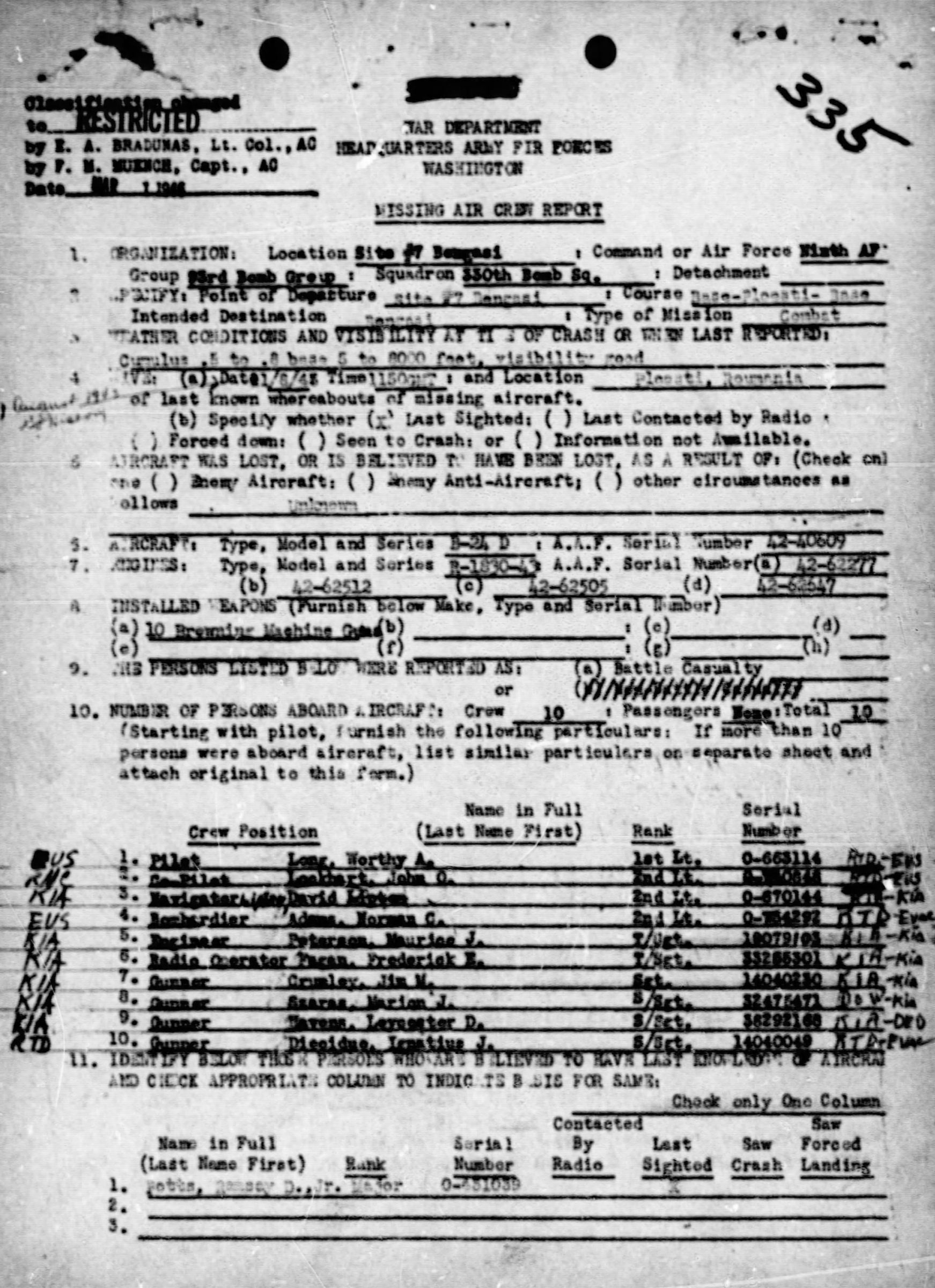 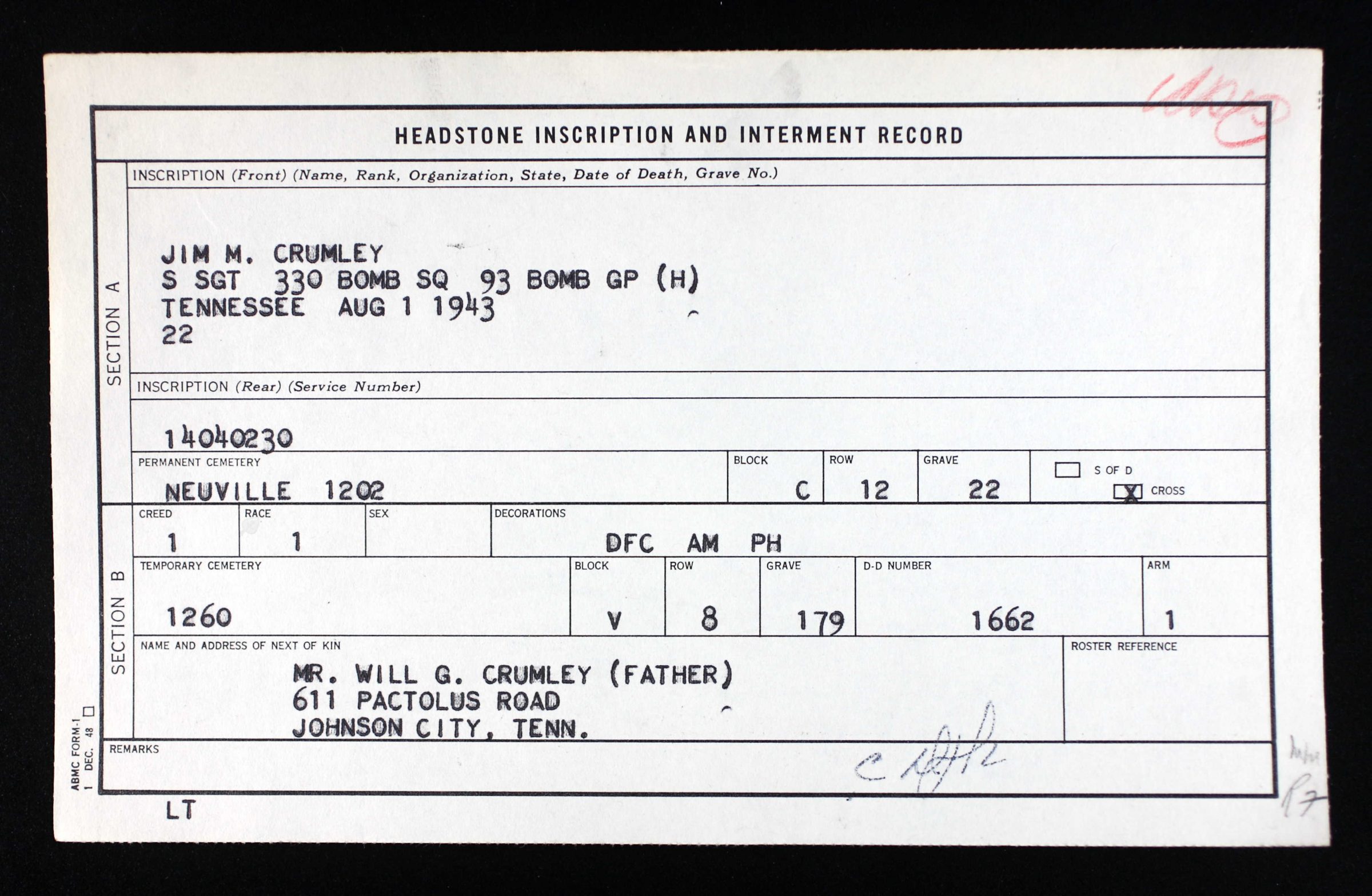 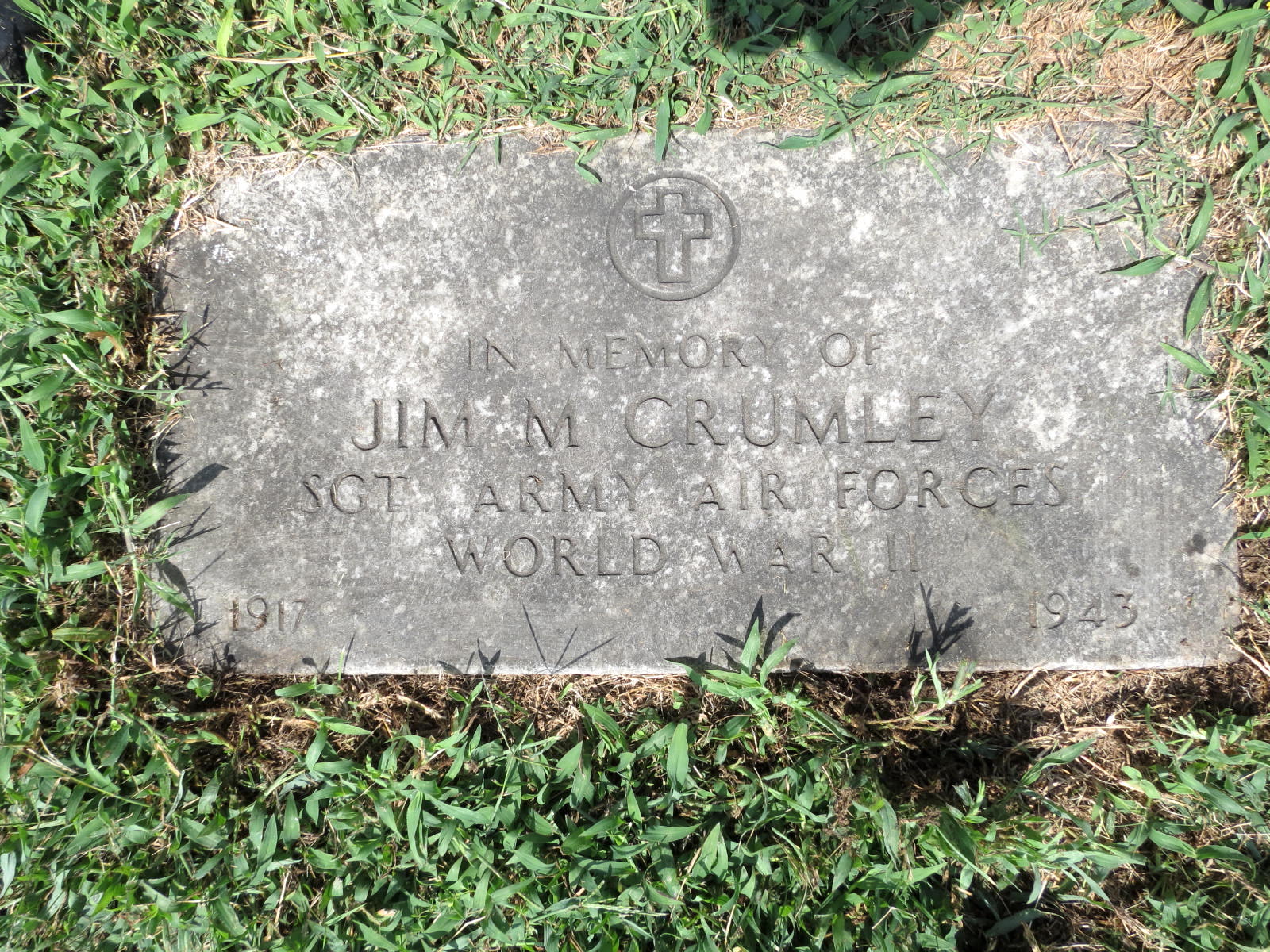